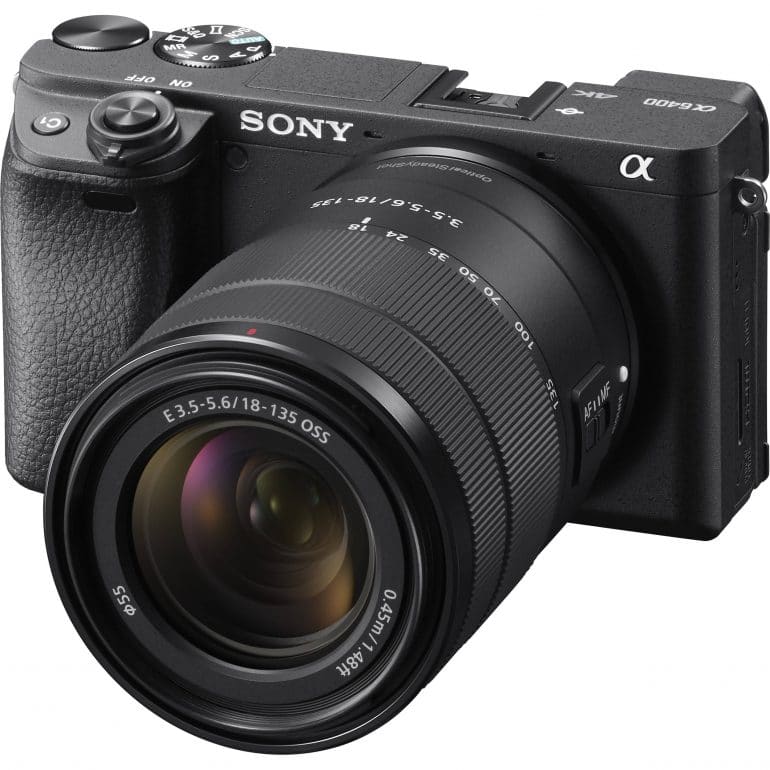 Sony a6400 Build and Design

The a6400 features many of the same underlying technologies as the full-frame range, only in a more compact body. The camera is the successor of the a6300, which was released back in 2016. The design of the two devices is very similar. At the time of its launch, it put the design at about three years old. This isn’t ideal for many fans of the brand, where there have been some previous annoyances with the handling of the Sony cameras as a direct result of the design. While the focus has been on the internal specifications and features, it’s a bit disheartening when the same time and energy hasn’t been paid to the actual design.

Sony has brought some changes to the a6400. One of the highlights of the latest updates is the 180° tilt touchscreen. For any photographer, casual or professional, there’s nothing better than having focus right at your fingertips. Instead of having to muck around in the menus or clicking away using one of the buttons, the convenience of it being a touch away is always handy. And, it works great too. While the a6400 does have great auto-focus to make things even easier for many, it’s great to have the option when you’re trying to manage the perfect shot, especially while filming a video. In addition, being able to flip the screen right around makes it ideal to shoot yourself. If you’re using a bolt-on microphone to film, the screen may be obstructed somewhat, but having the option there is great nonetheless.

While the 180° tilt touchscreen is useful for how you shoot, as well as selecting a focus area, there isn’t much further than this. Users aren’t able to interact with the menu functions to make traversing the menu simpler. Instead, you’re left having to use the outdated scroll and select option via the menu buttons. The 3″ size isn’t too bad, but it’s still using the 921k-dot resolution of Sony cameras even older than the a6300.

Speaking of which, given the slightly older design, there’s not much way in terms of new buttons of features associated with them. You still get the standard mode dial, unmarked command dial and the four-way directional pad for scrolling through menus. The direction pad can also be spun for quick launch settings, but it’s far too easy to click instead, which means you’re back to square one when you trying to adjust a setting. For someone who’s not used to Sony cameras as a daily driver, trying to use the dials to make on-the-fly adjustments can be a steep learning curve. For long-term users, you’d be happy to note that the buttons are quite customisable, letting you assign almost 90 functions to the buttons. It’s important to remember and get used to this over time – something I couldn’t really play around with too much given that it is a review camera to be returned.

Overall, the build is solid if not let down by an older design approach. The 180° tilt touchscreen is very useful and so are the customisations of the buttons, which takes some getting used to.

Sony a6400 Features and Performance

Under the hood, the Sony a6400 packs quite a bit of punch. The unit boasts Sony’s world’s fastest AF acquisition at 0.02s. This is paired with the 425 phase-detection and 425 contract-detection AF points to cover around 84% of the image area. This in its own right is quite impressive, but made more so thanks to Sony’s advanced Real-Time Eye AF tech thrown in. While I didn’t shoot any humans or animals as part of the review, I did manage to test out the tracking capabilities on a few individuals who did not want to be in any images. It works great. Not just on humans either. At the launch event in 2019, there was quite a bit focus on animal eye tracking, especially when it comes to those shots out in the wild where timing is of the essence.

In terms of some of the other hardware, the a6400 includes a 24.2MP3 APS-C Exmor™ CMOS image sensor. This includes the latest-generation BIONZ X™ image processor for faster calculations and operational tasks. According to Sony, the new processor is about 1.8x faster than that of the previous a6300 model. This allows for burst photography up to 11fps with its mechanical shutter. The burst mode works great once you point and click. Once you’ve released the button, it takes a few seconds to process all the image from the buffer onto SD card before you’re good to go again. I would’ve liked there to be some leeway in this regard, in order to shoot again even while processing and adding the new images to the queue (up to the limit of 116 frames in the buffer using JPG and 46 RAW). So, if you’re in burst mode, be sure to choose the right moment to start snapping so you don’t miss anything waiting for the second attempt. 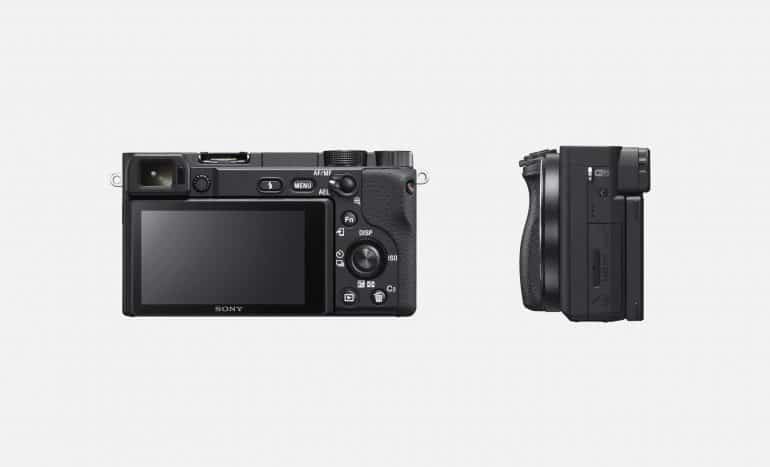 As already mentioned, the a6400 shoots in 4K resolution for video. This is included to the interval recording for time-lapse videos, with ISO sensitivity at 32,000 and expandable to 102,400 for lower-light shots. The unit supports an external mic by means of the mic port, but there’s no headphone jack if you want to hear the quality of the sound from the footage you took. The biggest gripe I had with filming is the lack of internal IBIS (in-body image stabilisation). You’ll need quite a steady hand if you don’t have any external equipment to assist here.

While the unit is said to sport the same battery as its predecessor, it lasts a bit longer thanks to the updated tech and processor. On a single charge, you’re able to get about 350 shots using the viewfinder and about 410 using the screen. I never took more than 250 shots in a single day, so I never ran out of juice during the course of the day. Compared to some other cameras, the battery life is a bit on the low side, but at the same time, it’s quite a fair amount given that it easily lasts at least a day even when on a shoot.

The image quality of the a6400 is great. Images are sharp, detailed and rich. The colour reproduction is good with natural tones. Images in good lighting conditions are great. Those same images at night are also quite good but takes a few milliseconds longer to capture than during daylight. What really impressed me were some of the shots of the night sky. Without changing too many settings and functions, a shot of the night sky revealed quite a lot of stars overhead, more so than I could pick up with my eyes as a result of the surrounding buildings and street lights.

RAW images are a bit more details than the compressed JPG, but that’s to be expected. But there’s a preference to be had between the two. Shooting in JPG directly from the camera allows you to apply some styles or filters, such as black and white photos and the likes. To achieve these effects on RAW images, you’ll need a photo editing suite on your PC for post-shoot edits. Although it may not be the easiest for most casual photographers and content creators, I would suggest as far as possible to shoot RAW files with any edits done post. This will allow you to negotiate your own image quality, colour settings, filters and details when compressing to JPG and other formats.

In terms of the resolution and quality, it outperformed quite a few other cameras in the same range, with a max resolution of 6,000×4,000px. Noise levels are slightly higher than a few others using lower ISO, but still remains fairly average and in some instances, better the higher the ISO.

Having not reviewed the previous a6300 model, I wasn’t able to conduct some of my own tests between it and the a6400. That said, having spent some time researching and spotting the difference in others’ tests, it’s clear to see that there’s some improvement in the overall imagery. Comparing the RAW shots, the contrast is slightly higher, which allows you to see more of the finer details, especially on textures such as hairs and furs. There are many that would say their comparisons didn’t show a significant improvement as an end result, but there was sufficient evidence across the many different reviewers to pick up some changes. And that’s without accounting for the new AF and tracking features. 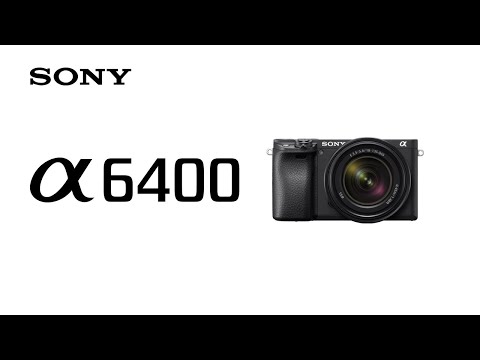 The Sony a6400 was designed to bring enhanced photography to the compact market, aiming directly at the content creators, bloggers, vloggers and casual photographers. With its compact frame, great features, impressive image quality and 4K videos, the a6400 ticks all the right boxes. With additions such as the 180° touchscreen, eye-detection AF and easy single-hand use, it’s the ideal pick-up-and-go camera. There are some limitations when it comes to external controls, but nothing that takes too much attention away from the device itself.

The Sony a6400 won't necessarily fit all budgets. At an RRP of R23,999, it makes sense as an investment for those looking to create income from their created content. What you're getting for that price, however, is definitely worth it.