Home > Movies > Sonic The Hedgehog Is Fixed In New Trailer

Sonic The Hedgehog Is Fixed In New Trailer Paramount Pictures just released a new trailer for Sonic the Hedgehog – and Sonic looks so much better!

The first trailer for the live-action movie dropped earlier this year, and was met with harsh criticism over Sonic’s appearance. The reaction from fans was so negative that it led to the film’s director, Jeff Fowler announcing that his team would rethink Sonic’s design. This caused a three-month delay to the scheduled release date. But all the extra work seems to have been worth it. Fans across social media seem pleased with the studio’s redesign of the iconic character.

Sonic is now everything you’d expect from a CGI version of the Japanese video game star. His eyes are bigger and closer together, his head is bigger, he has fewer teeth and he’s also wearing his white gloves.

The new trailer is clearly focused on showing off Sonic’s redesign and doesn’t reveal too much more about the movie. We do get to see Sonic living his best life on Earth – playing ping-pong, baseball and reading Flash comics. We also get a good look at Jim Carrey in his role as Doctor Robotnik.

Sonic The Hedgehog tells the story of the world’s fastest hedgehog as he embraces his new home on Earth. Sonic and his newfound human friend, small-town sheriff Tom Wachowski, join forces in a whirlwind adventure to recover the hedgehog’s rings and prevent Doctor Robotnik from using his immense powers for world domination.

Based on the global blockbuster videogame franchise from Sega, Sonic the Hedgehog will now hit theatres on February 14, 2020. 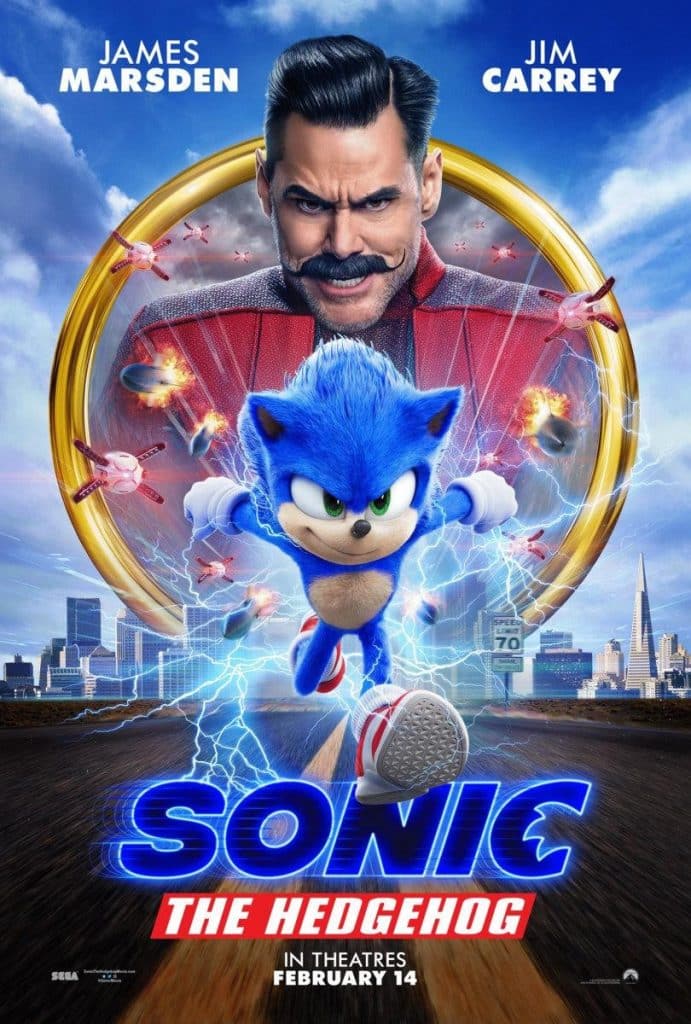