Sonic The Hedgehog Finds His Voice Paramount Pictures announced that Ben Schwartz will voice the title character in the Sonic the Hedgehog movie.

This is not the first time that Schwartz will lend his talents to a classic character. He’s currently the voice of Dewey Duck on Disney Channel’s reboot of DuckTales and will voice Leonardo in Nickelodeon’s Rise of the Teenage Mutant Ninja Turtles.

Oscar-nominated Jeff Fowler takes the helm as the movie’s director. Neal H. Moritz will serve as producer, along with Tim Miller (Deadpool) and Toby Ascher.

Sonic the Hedgehog is set for a pre-holiday season release on November 15, 2019. The project, based on the Sega video game franchise, had been in the works at Sony, but the studio let its film rights lapse and Paramount picked up the project in October.

Sega launched the Sonic game in 1991 and has sold more than 360 million copies to date (including both packaged and digital games).

Sonic the Hedgehog features a hedgehog named Sonic on a quest to defeat Doctor Robotnik, a scientist who has imprisoned animals in robots and stolen magical Chaos Emeralds. 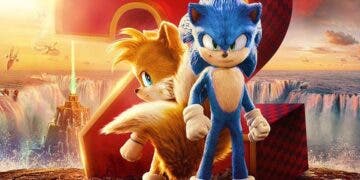