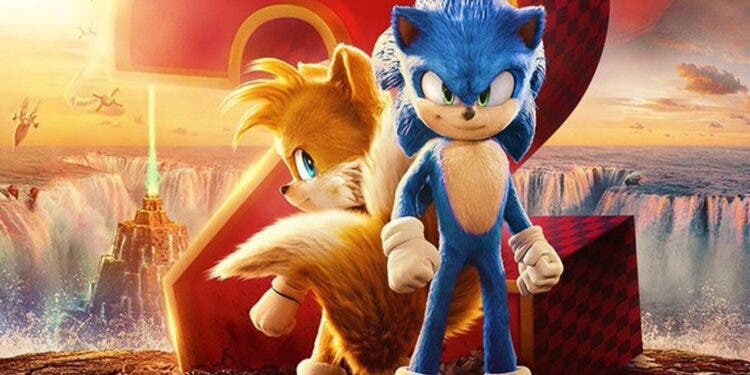 Everyone’s favourite blue hedgehog is back for another instalment of the live-action film franchise. Sonic the Hedgehog 2 brings with it new challenges, new friends, and new enemies – most notably, the introduction of Knuckles.

With only a few weeks prior to the global 2020 lockdown, SEGA and Paramount Pictures released the first Sonic the Hedgehog film. The original movie was inundated with reworks — thanks to online suggestions and, well, plenty of backlash from fans. That said, when the film eventually released, it was a box office hit. With a budget of around $90 million, it grossed over $300 million globally, which, inevitability almost guaranteed a Sonic the Hedgehog sequel.

And so, this week sees the release of Sonic the Hedgehog 2 in theatres, starting in limited territories. While there were still a few murmurs this time around, it was considerably more muted. With the success of the first film, the production went even bigger with this instalment, adding $20 million for a total of $110 million.

Sonic the Hedgehog 2 introduces two of the most beloved side characters from the video game franchise, Tails (or Miles Prower to be more precise) and Knuckles. The two characters are voiced by Colleen O’Shaughnessey, who returns from her role after voicing the character for eight years in the games themselves, and Idris Elba, who brings Knuckles to life.

Elba’s commanding voice brings with it quite the presence for Knuckles but can just as easily take you out of the film — since you’re almost always aware of who’s voice it is.

Jim Carrey reprises his role as Doctor Robotnik in Sonic the Hedgehog 2 with all the exuberance of the first film, with a notable extra splash of crazy. While still not the more rounded version of the character from the games, he still adds that typical Carrey-crazed comedy we all enjoy, and he doesn’t miss a beat.

We learn early on in Sonic the Hedgehog 2 that Robotnik has partnered with Knuckles. Robotnik’s only quest is to have revenge on Sonic, while Knuckles is also in search of the anthropomorphic blue speedster, as he’s linked to possibly finding the lost Master Emerald, which is a source of unlimited power.

It’s clear from the start of the film that The Wachowski’s – Tom “Doughnut Lord“ (James Marsden) and Maddie (Tika Sumpter) – are worried about their adopted son’s lack of friends. There are no prizes for guessing the theme of the film thereafter. While Sonic the Hedgehog 2’s focus is on building family bonds and friendships, Sonic also deals with his role on Earth and attempting to become a hero. As such he must learn to trust and protect others first before he’s fully able to take on that role.

With the new adventures in Sonic the Hedgehog 2, the creators spend quite a bit more time on the lore and not simply throwing new characters into the mix. Although it doesn’t follow the video games’ storylines or character unveilings, it does move a lot closer to that benchmark.

Director, Jeff Fowler, takes up the reigns again with the new film and adds 20+ minutes more to the duration of the film over the original. It’s clear that the team attempted to bring the whole family dynamic to the film with the extended duration but created 15-20 we didn’t really need, which could have been better spent spacing out some of the more important elements between Sonic and Robotnik.

In addition to the new characters and story in Sonic the Hedgehog 2, I loved that there are also other elements taken directly from the video game missions. For starters, we see Tails flying the iconic plane, The Tornado. We also get to see a maze, which, at one point can be seen in its 2D form for just a quick second.

As a huge Sonic the Hedgehog fan (owning all the video games), I was sceptical of watching the original film two years ago. However, it turned out to be fun, comedic and entertaining. The same can be said about the second film.

Looking around the theatre during the screening, it was clear to see just how much everyone was enjoying Sonic the Hedgehog 2 – from adults who attended alone to those who attended with their kids. There’s clearly a market for new and old fans from the franchise. And it’s obvious that there are more films planned as well – and why not?

SEGA and Paramount Pictures deliver another fun adventure for the blue speedster with the latest live-action film, Sonic the Hedgehog 2. With new characters, bigger bangs and a lot more video game easter eggs, the team deliver another fun experience.