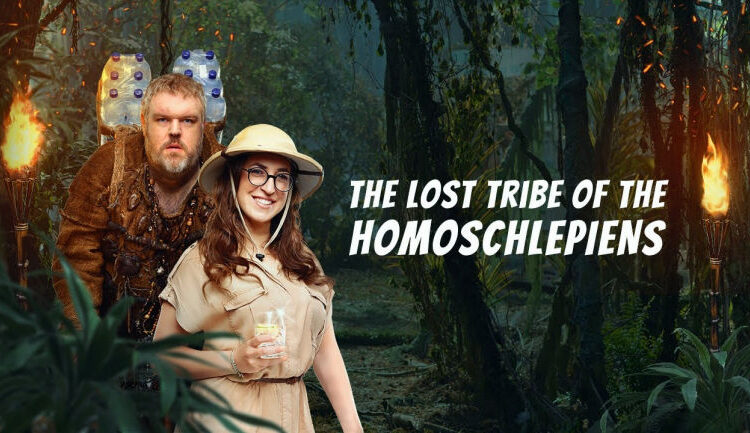 SodaStream has embarked on a new environmental campaign, The Homoschlepiens, to turn the spotlight on humanity’s prehistoric preoccupation with single-use plastic bottles.

SodaStream has released a new video for the campaign, which kicks off today, and features Mayim Bialik who stars as Dr. Amy Farrah Fowler on The Big Bang Theory, as well as Kristian Nairn who starred as Hodor on Game of Thrones. The campaign and video aim to raise awareness about the devastating effect that single-use plastic bottles are having on the environment, which makes no sense in a modern day world with rising global temperatures.

The video is set in the not too distant future. Mayim Bialik plays the character of an anthropologist and recalls her first encounter with the Homoschlepiens (played by Kristian Nairn), as she tells of the tales from her travels to a group of young schoolkids. The story moves backwards and forwards in time to reflect the harmful reality of plastic bottle consumption, a habit that is hazardous to the planet and does not exist in the future. As a qualified neuroscientist and environmentalist, Bialik understands the importance of staying hydrated in a way that’s eco-friendly. Bialik had this to say about the campaign:

“This campaign has a powerful message and one that needed to be told before I went on vocal rest. More than one billion plastic beverage bottles are used each day around the world, the majority of which end up in our landfills, parks and oceans, devastating the environment and killing marine animals. Who will speak for them and say enough is enough? I may have temporarily lost my voice, but I won’t be silenced about this important message, the world needs to find their voice and say ‘no’ to polluting plastic bottles.”