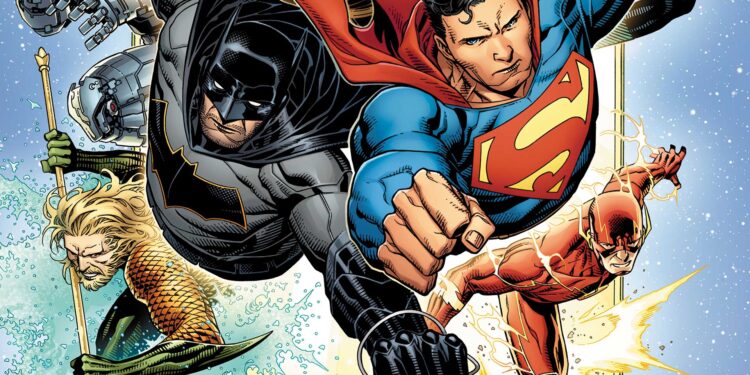 Last year wasn’t a good time for the Justice League. Zack Snyder and Joss Whedon’s Frankenstein-ish Justice League failed to meet box-office expectations, while Justice League Action didn’t light up the small screen (even though it’s terrific and deserves more praise). In the comic book world, Justice League also disappointed as it lagged behind other titles after DC’s Rebirth.

Things have been rough for DC’s premier team, so a back-to-basics approach was required to elevate these heroes to the god-like status they deserve. Enter Scott Snyder, who, with Greg Capullo, redefined Batman for the New 52. Along with his talented creative team, which has included the likes of Jorge Jimenez, Mark Morales and Jim Cheung, they’ve tapped into what made this team so endearing in the first place.

The “new” Justice League dials back to the team’s high points, such as the Justice League animated series and Super Friends. It’s brought back fan-favourite characters like Hawkgirl and Martian Manhunter, while reintroducing the Legion of Doom as the main antagonists. But most of all, it’s rediscovered the fun and sense of cosmic adventure that’s been missing. Seriously, we’ve seen a body-hijacking plot and John Stewart become the first Ultraviolet Lantern. In an interview with CBR, Snyder explained how he approached the series. “I wanted to create a line up here that reflected the animated stuff, that reflected Super Friends – all of those kind of things that bring new people in the door with that kind of ‘core’ love of our characters – but then use it to just launch into place you’d never expect,” he said.

The familiarity of the story and its characters puts you immediately at ease. Sure, it’s a bonkers tale at the best of times, but it’s exactly what the team needed right now. We’ve seen the edgier origin in New 52 and the strange initial direction of Rebirth, so this is a breath of fresh air as it doesn’t try to redefine or radically alter continuity.

The best part about it, though? You don’t need to research and understand a whole two years’ worth of stories to hop onboard this series – although, it’s recommended that you catch up on Dark Nights: Metal. Comic books are meant to be fun, and Snyder’s Justice League gets it. The series is unlikely to win any Eisners, but it’s done something far more important: it’s revitalised the team.