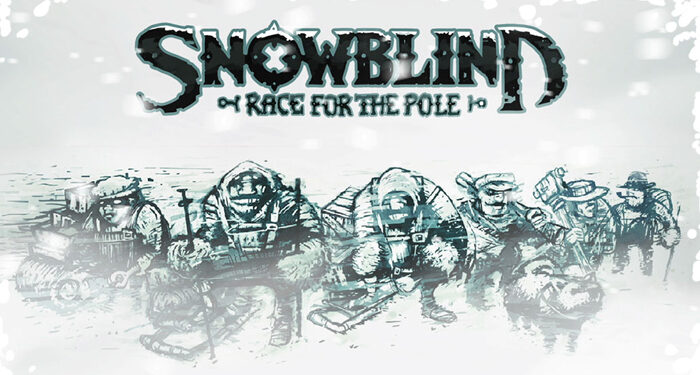 Snowblind is a push-your-luck game where players are trying to get the captain of their expedition to the South Pole and back. Or at least get him as close as possible and then turn back. Hell, just surviving to see the end of the game is an achievement. “On 13 September 1911, Robert Falcon Scott revealed his final plans. Sixteen men would set out with ponies, dogs, and motor-sledges, and beyond the Beardmore Glacier, they would man-haul. Men would gradually turn back, leaving a smaller group to complete the last stretch. The journey to and from the South Pole would take almost five months.”

Up to four players line up at the edge of the board. In your crew is a captain (red), scientists (yellow) and general supplementary crew members (blue). Crates and barrels represent rations. Each player has a base camp (a tent) on their starting position. Setup takes only a few seconds, especially if you’ve created a bag per player with their starting pieces counted out. Snowblind is played over several rounds, during which players take turns to perform an action, claim the die associated with that action, then roll all their accumulated dice to find out how bad things went for them. Yes, that’s correct, you roll the dice for all the actions you’ve performed this round, progressively becoming a bigger hand. The round ends when all players have passed. All the dice are returned, a card is drawn to reveal the weather (which usually causes more trouble), and a new round begins. In the weather deck is a card that signifies the last round of the game. After that round points are awarded for the player that completed the main objective of reaching the pole and returning (which almost never happens for us), how close players got to the pole, How many crew members made it back to the ship and the amount
of gear/rations left.

The crux of the game is picking the correct actions. For each action there’s only one die, creating a sort of worker placement system. Once an action has been performed, no other player can perform that action until the round ends. In most cases, there’s a medium-risk option (with a d6) and a high-risk-high-reward option (with a d8). The exposure roll at the end of your turn is against a little chart of “how bad”. Any 3 or lower, you’re fine. 4 for a lone crew member means exposure, though a group would be fine. A 5 means you need a camp (tent). On a 6 or higher, not even a camp can withstand the cold. For each result that causes exposure, the player must remove a crate (or food) from the space. If there are no resources to expend, the crew member is incapacitated until someone can come help them or is outright killed. If it ever happens that a player loses their captain, they’re out of the game.
The fact that you’re rolling all the dice every turn, means the probability of rations running out escalates rather quickly. The 8 sided dice have a 50/50 chance of being bad news, though they allow movement of 2 crew members carrying 4 crates, so there’s a pay-off.

At first, the game felt very shallow. Pick an action, move the guy and the crates, roll the die. You’re fine. About 3 turns in, the reality strikes that decisions have ongoing effects. At some point, I had 3 crew members in different spaces without rations and no way to save them before the end of the game.

Any game with dice has a certain level of randomness. The trick is to balance that randomness by either allowing players to mitigate it (or embrace it and “risk it”), or make the randomness thematically appropriate. Snowblind has both these elements. Players control how risky they want to be with their dice (or are forced to be riskier based on what other players have chosen). You’re free to pass whenever you feel ready but may run out of rounds before the game ends. The weather deck is out of the players’ control, but thematically the conditions of Antarctica were unpredictable. The effects are applied to all players which level the playing field in terms of competition. Components: 4/5
Classic eurogame wooden pieces, good quality board in a nicely sized box. One of our tents has a corner missing, but it almost appears that the tent has partially collapsed in the wind. The “meeples” seem to be leaning against a headwind, which is very thematic.

Gameplay: 4/5
I call these type of games “obliquely competitive”. Players can influence each other’s turns without being outright antagonistic. Good for teaching competitive sportsmanship. Decisions matter and players are engaged while others are playing. With a quick-thinking group the game plays quickly, with slower thinkers it feels more weighty and decisions are not made lightly.

Complexity vs Depth: 4/5
Very easy to learn, but it’ll take first-time players a few turns to get their head around the numbers under the surface. By the end of the first game, you’ll be discussing things you could’ve done better. I suggest two back-to-back games for the first session.

Theme: 5/5
The game has an artbook! When last did you buy something that had an artbook! Combined with the hand-drawn, brush-stroked, windswept art style, the theme is brought across clearly.

Overall: 4/5
Snowblind looks great, plays well is easy to teach, and can offer quite a serious challenge for seasoned gamers. Highly recommended.

Snowblind and many other board games are available for purchase from fanaticus.co.za 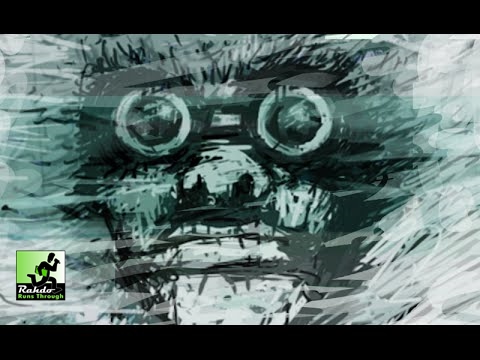