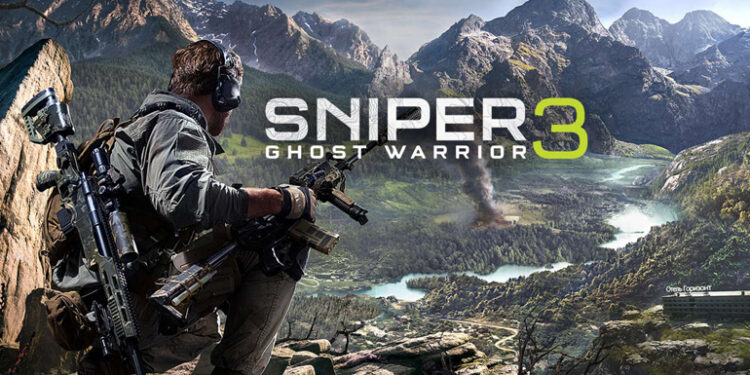 Sniper Ghost Warrior 3 has taken the franchise in a new direction, and while the game does have its faults I ultimately found myself enjoying my time sniping my way through the wilds of Georgia.

When it comes to first person shooting games I have found that there tend to be two types of players. Those that go in guns blazing shooting anything that moves in hopes that at least one of the one hundred bullets they shot in the enemies direction actually makes its mark, and then there’s the player who bides his time, stalks his prey and waits for that one special moment when a single bullet will suffice in his targets demise. I tend to fall into the latter category, mainly due to the fact that I’m getting old and my reflexes tend to be a lot slower than those of the young wiper snappers who can kill me within a few seconds of spawning. I was therefore quite intrigued when I first laid eyes on the aptly names Sniper Ghost Warrior 3 (which honestly sounds like the title for an 80’s action film starring Jean-Claude Van Damme). Having never before played a Sniper Ghost Warrior game I grabbed my big ass sniper rifle and headed off to the war-torn hills of Georgia. You play the role of a titular and somewhat stereotypical US marine named Jon North, a rough around the edges type of guy who just so happens to also be quite a good shot. During a black ops mission (which serves as the game’s tutorial) Jon and his brother Robert, a fellow marine, is (dum dum duuuum) ambushed. While Robert is kidnapped, Jon is left for dead.

Fast forward two years later and Jon is sent to the Soviet Republic of Georgia, a country that finds itself in the midst of a civil war. Jon, being the tough hero type, has to save the day and along the way find the bastards who kidnapped his brother (see, doesn’t that remind you of an 80’s action film?). The story does have its fair share of emotional moments, although these tend to be hit or miss. The same goes for the voice acting, which can range from “over the top b-movie” quality (which I personally enjoy) to “please help me my ears are bleeding”.

While the mostly bad voice acting and the cut-and-paste tale of revenge won’t be winning an award anytime soon, it does give the player an adequate reason for killing a bunch of bad guys (and having fun while doing it). And let’s be honest, you didn’t lug that large sniper rifle along with you to make friends. Even though I was fully expecting to sneak around and snipe a few bad guys in the game, I was pleasantly surprised to see that Sniper Ghost Warrior 3 took a few pages from the Far Cry series and placed me in an open world ripe for exploring. And while Georgia is a beautiful looking country filled with loads of evildoers to kill and villagers to save, unlike the Far Cry games, it is a noticeably empty country. I rarely, if ever, saw another vehicle on the road.

However, I do understand that this is the series’ first foray into the wonderful genre of open world games. Keeping this in mind, they actually did a commendable job of populating the map with enough collectables to collect, outposts to take over and side missions to complete.

The best part of moving the series to a more open world setting is that it enables players to take on missions as they please. So, while I mostly snipped my way from mission to mission, tagging enemies using my trusty drone and being all stealthy and stuff, there is also the option to take a more direct route and blow up a bunch of bad guys. How you approach each mission is up to you.

I did on occasion feel tempted to storm an outpost and start shooting. This, I can tell you, will mostly end up with you dead as Jon isn’t able to absorb as many bullets as his counterparts from other first person shooters games are able to. This isn’t a bad thing as I felt it nudged me into playing, as the title of the game implies, like a sniper. There are few things as rewarding as clearing out a whole outpost sniping from a distance and sneaking around unseen. It’s these moments where the game shines and makes you feel like a true action hero. I do have to mention that although the slow motion kills do look awesome, they sadly lack the x-ray view that Rebellion’s Sniper Elite series have become known for. While I initially expected sniping to be “zoom in, line up your shot, and watch your enemies brains cover the wall”, I quickly discovered that doing this would mostly end with me lying in a pool of my own blood. See when sniping in Sniper Ghost Warrior 3 you have to take into account all sorts of factors when lining up your shot. These include the distance to your target and the direction of the wind. Get one of these wrong and you’ll be greeted by a hail of bullets from you still breathing foe. As you kill your way through missions, you will be rewarded with XP, which you also get for completing various tasks. These XP points can be invested into three different skill trees, Sniper, Ghost, and Warrior. Investing into these skill trees unlocks various perks which range from “use fewer resources when crafting A” to “gaining more stamina”.

In between being a hero and leveling up you will be spending quite a bit of time in your safe house (of which there is one in each region), upgrading your weapons, buying new ones, crafting new types of ammo and having a well deserved break (and maybe a cold beer or two?). Sniper Ghost Warrior 3 does have it’s fair share of issues. There was an occasion where I scouted an outpost using my drone only to discover that it was completely devout of enemies. As I made my way into the middle of the outpost all hell broke loose as the enemies spawned right on top of me. Eventually, I figured out that I needed to be close enough for the enemies to spawn yet far enough not to have them see me. This didn’t happen very often but did detract from the experience. While I did find the human A.I to be quite competent and even sneaky at times, there were moments when enemies seemed to have some sort of psychic ability as they miraculously knew my exact position after finding a dead comrade. My biggest gripe with the game though has to be the long loading times, especially when starting or loading the campaign. This does, however, mean that loading times when fast travelling is actually not as bad as I expected.

Even though the story tends to be uninspiring, loading times frustratingly long, and the open world mostly empty, there are few games that truly make you feel like a tough as nails sniping god and Sniper Ghost Warrior 3 nails this.