Sneaker Resellers: Nike Scandal Is Everything I Hate About The Community 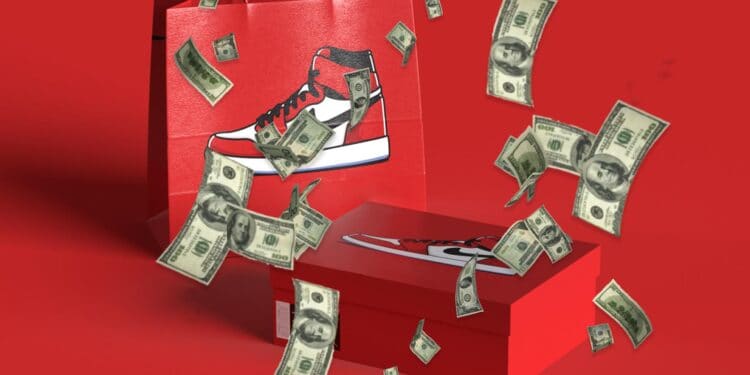 Earlier in the week, many sneakerheads woke up to the news that Nike Vice President for North America, Ann Hebert, had resigned. Hebert had been with the brand for a quarter of a century, having led numerous departments during her tenure.

But it wasn’t this news in itself that was trouble. What had transpired in the build-up to her resignation and her family’s ties to the reseller market has been a hot topic amongst sneakerheads all week.

In 2018, Hebert had disclosed to the company that her son, Joe, recently started a sneaker reseller business, West Coast Streetwear. Company execs signed off on it and seemingly had no issues. The business was originally registered to Ann’s husband, Pascal, as Joe had been underage at the time according to Oregon law.

The business was then transferred in 2019 to Joe. All of this happened without public knowledge, and even upon this being made public during the course of the week, Nike’s statement further angered the community – “no conflict of interest.” Definitely A Conflict of Interest

A spokesperson for Nike had told Bloomberg Businessweek as the story was released: “There was no violation of company policy, privileged information or conflicts of interest, nor is there any commercial affiliation between WCS LLC and Nike, including the direct buying or selling of Nike products.”

But how could this be?

In an interview leading up to the report, Joe had made a statement that said “if you know the right people here, this is the city to sell shoes.”

Further in the interview, he also noted that knowing the “right people could give you access to stuff that, like, a normal person would not have access to.”

Continuing the conversation, Joe insisted that his mom “was so high up at Nike as to be removed from what he does, and that he’d never received inside information such as discount codes from her.”

But this wasn’t true.

Regularly posting on the company’s Instagram account, he would post photos where he is seen with quite a number of Nike sneakers in bags, the same stores where employees and family members on guest lists get their discounted and possibly reserved items. As a result of this inside connection and somehow being able to bag multiple pairs of limited-edition drops, West Coast Streetwear was said to be earning around $600,000 a month. That’s not pocket change.

Nike has a hard stance on reselling, especially for employees and their family members. Its company policy uses the “Keep It Tight” slogan to drive this message. In fact, it has also become known that Nike had previously dismissed employees for such ties, however small they may be. So, it’s not as if they weren’t intentional about it.

The question then springs to mind: Why they allowed Ann Hebert to continue down this road, having brought it to the attention of the company?

Nike has since made slight adjustments to the wording of these policies, adding a key sentence:

“Potential conflicts can often be resolved with an open and honest discussion. Remember: having a conflict of interest is not necessarily a violation of our Code, but failing to disclose it is.”

Irrespective of what Nike or Ann Hebert claims, it is clear that Joe’s connections to his mother, as well as her high status within the company, allowed his reseller business to grow to the status where it was at. He, too, said this in the interview, not knowing it would come out to link him to the Nike VP and her eventual resignation. What has transpired this past week is a vindication of my disdain for the reseller sneaker scene and some of the sneaker community at large. I consider myself a sneakerhead. Ever since I saw my first sneaker ad in a magazine at the age of 10, I was hooked. For years thereafter, I would sketch various sneaker designs, totalling over 500 in total, many of which I still keep. The sneaker in question was the Reebok Instapump.

Over the years I’ve had quite a number of sneakers, which even included the adidas Kobe, which I’m still very sad about losing during my move from varsity back home and then a month later to Gauteng. My collection today is some 50+ sneakers. During this time, I had not once had the inclination to purchase any sneakers on the reseller market.

For any high-end brand, there’s a sweet spot when it comes to the number of product it produces and the value it carries with it as a result. In the fashion industry, this rings most true. As a result, it’s also one of the most wasteful amongst the manufacturing industries. Each year, millions of tons of products from the world’s leading brands are not only discarded but burned.

Already in the spotlight for its manufacturing practices, it’s worsened by the fact that a significant percentage of that same products are just burned when not sold. Certain retailers are allowed to offer discounts on sales, but there’s a limitation on this and by how much it can be discounted. This allows the brand to keep its market value, as donating or selling at lower prices diminishes those products’ value overall.

When it comes to the very high-end items, Jordans, Yeezys and the likes, the limited nature creates a higher frenzy to purchase as it’s dropped. But, as a result of these restricted releases, the reseller market has grown as a direct result.

South Africa is not immune to this either. 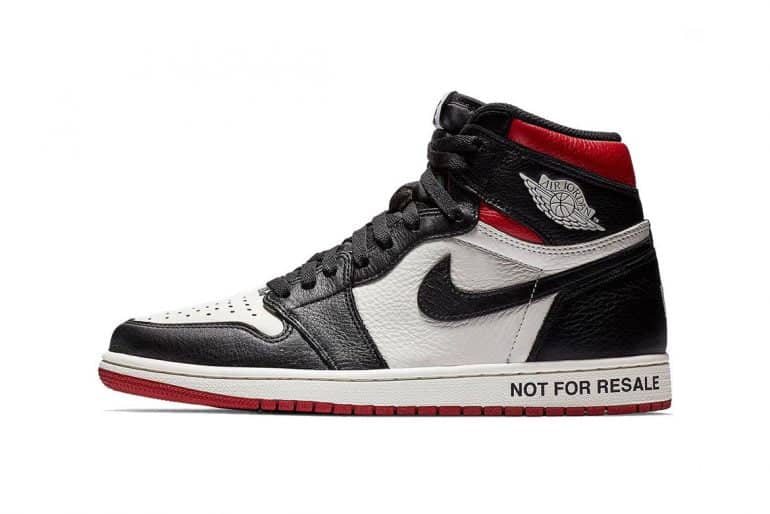 Recently, there have been a few Nike and adidas drops with limited stock. Retailers such as adidas, Nike, Shelflife, Lemkus and a few others have a history of this in the country.

Most of the time, these limited releases are overseen by raffles at in-store launches, given those gathered an equal chance to grab a pair. In some instances, in an attempt to prevent potential resellers from getting their hand on product, it would be a requirement when purchasing these sneakers to wear them out of the store. This would mean that it would almost immediately lose its resale value with potential dirt on the soles or a crease on the forefoot.

But, as a recent drop would prove, it ended with some rather amusing results.

Shopping online, however, is an entirely different kettle of fish. This is where bots come into play. What’s even more frustrating is that these bots are easily available across the Web, with tutorials on how to set it up prior to any new drop, almost guaranteeing a purchase.

For a few recent drops, brands like adidas almost always sell out their Yeezy range within a minute of going on sale, even the less popular sizes.

I put this blame squarely on the large brands. Nike and adidas are the two most notable for this behaviour.

We all know that the next Jordan or Yeezy drop is going to be extremely popular. I understand that the limited nature adds overall value to those brands, but, at prices around R4,000, you’d still be able to maintain the value if they were to double the number of pairs available. If the price remains at that point, they could easily maintain the value of the Jordan and Yeezy brands. And allowing more people to get their hands on the sneakers means that there would be less need to take to the reseller market and have to spend more than double to get your hands on the same pair of sneakers.

A similar issue has plagued the early release of the Sony PlayStation 5, with scalpers purchasing most of the units and charging almost double its retail value for those who can’t wait until the stocks normalise.

It’s a fine line between brand value and how it distributes its products based on certain quantities.

I would certainly agree that creating hype for a particular brand justifies the limited release. That said, for well-established brands such as adidas and Nike, there isn’t a need for this.

Additionally, the Yeezy and Jordan brands themselves have done enough to keep their retail value even with an increase in pairs produced. What I’ve discussed in this post is simply what we observe on the surface. There’s a growing underbelly when it comes to sneaker resales, both on the side of the brands themselves, as well as those purchasing the sneakers through devious methods, and sometimes even worse than that.

Tell us, what do you think? Should you or do you buy from sneaker resellers? Are they helping or destroying the community? What do you think of the Nike reseller?