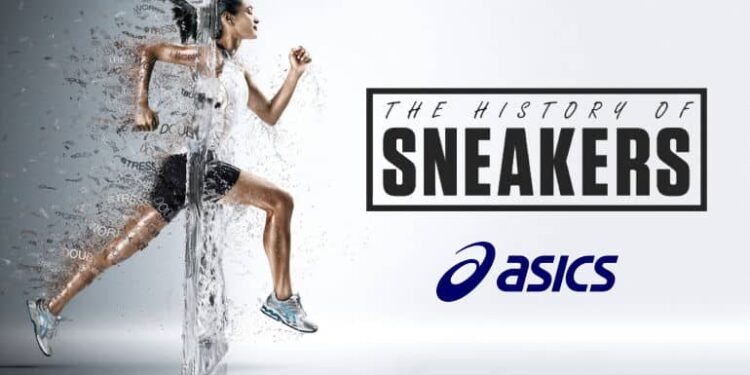 Many of the leading sneaker companies have a rich history, both in terms of initial uprising from humble beginnings to the extensive range of shoes in their collection. ASICS isn’t different. While the Japanese company officially formed under ASICS Corporation in 1977 with the merging of Onitsuka Co., Ltd, GTO and JELENK, its history spans well over 100 years now. The company’s rich history culminated in the release of the Gel-Lyte III, Gel-Lyte V, and GT-Cool Xpress as part of the Gel 30th Anniversary Commemoration released by ASICS Tiger, the sneaker subsidiary of the ASICS Corporation. And for those who may think that there’s nothing special about the brand, it’s worth noting ASICS has one of the richest histories when it comes to running and racing shoes, as well as being part of the initial start-up of Nike in the USA.

Founder, Kihachiro Onitsuka started Onitsuka Co. Ltd in 1949 after having worked as a “salaryman” at a trading company in Kobe. The aim was to create a product that would promote “sound mind and a sound body” in post-war Japan. After having consulted a former war comrade, Kohei Hori, about his business, Hori offers these words as a maxim:”If you pray to God, you should pray for a sound mind in a sound body” or “Anima Sana in Corpore Sano” in Japanese. These words would later become the acronym for the future company’s brand.

Onitsuka believed that Japanese youth were suffering from low morale, poor self-esteem and depression. Although odd at the time, Onitsuka thought that fitness would be the solution to the lack of spirit and optimism. He began to produce sneakers for schoolchildren, which had been in short supply after the end of the war. The first shoes produced by Onitsuka Co., Ltd. were a pair of basketball shoes. The team set out to design basketball shoes, as it was considered the most difficult of sports shoes to manufacture, and they believed that if they could overcome this hurdle from the start, they could do so with other shoes as well.

A number of prototypes were made at the Yoshikawa Rubber Industry, a local shoe manufacturer in Nagata Ward, Kobe City. The first model was released in the Spring of 1950, with a tiger’s face emblazoned on the arch of the shoe, which would later become the Onitsuka Tiger trademark.

One of the first revolutionary concepts came over dinner one evening when observing the suckers on octopus tentacles they were eating, after which Onitsuka had an idea. The deepening of the “dimples” on the soles of the shoe, like octopus suckers, allowed for better grip. Unfortunately, the new grip performed a little too well, and it was reported that a number of athletes were injured as a result, which prompted improvements to be made for a more evolved sole. The shoe was one of the company’s first breakthroughs in the industry.

Making of a Reputable Brand

During the early 1950s and into the 1960s, the company created numerous shoes for various sporting activities, which included marathons, dancing, skiing, volleyball, mountain climbing, golfing, gymnastics, wrestling and tennissportsir range of sport shoes made a significant impact on the company’s reputation, and with the rebranding as Onitsuka Tiger, along with the Tiger logo and Tiger style stripes down the sides, they became very recognisable. The company enjoyed success on the global stage with the winner of the Boston marathon running in a pair, while the Japanese Women’s volleyball team also winning the 1964 Tokyo Olympics.

After having travelled to Japan to visit the Onistuka Head Office in Kobe in 1962, Philip Knight and coach, Bill Bowerman, founded the Blue Ribbon Sports Co., Ltd. The brand grew in the U.S. West Coast, selling shoes across the region. In 1969, Onitsuka Co., Ltd. expanded their brand across the ocean via sales agent BRS, selling the Onistuka Tiger shoes across the US, especially the popular, Cortez trainer. Knight’s BRS would later become Nike in 1972, as the partnership with Onistuka Tiger came to an end in 1971.

ASICS – What’s in a Name

On 12 January 1977, Onitsuka Co., Ltd., GTO Co. (a sportswear company), Ltd., and Jelenk Co. (a knitwear company), Ltd. signed a memorandum of a merger of equals to form the ASICS Corporation, a general sports equipment manufacturer. On 21 July the deal is completed. The deal came about during an uncertain period in Japan’s economy, which the three companies decide a merger would be the best survival strategy, sharing common backgrounds in sportswear. The phrase “Anima Sana in Corpore Sano” by the ancient Roman satirist, Juvenal, is used as the company name, ASICS. The new logo was designed by Herb Lubalin, otherwise known as the “God of typography.”

The ASICS logo, new image, and new push within the athletics community prove to be a massive hit for sportspersons, with more of the world’s leading athletes choosing to use the brand’s shoes. Throughout the ’60s and ’70s, the company received numerous sporting accolades, from world marathon record by Derek Clayton in 1967, and Lasse Viren winning gold in the 1972 Munich Olympic Games. The increase in stats and awards, the brand becomes a testament to its abilities.

Despite the company’s success in numerous sporting codes and popular items among athletes and runners, ASICS still weren’t all that well-recognised in the industry. That all changed in 1986 when the company releases the first shoe with their newly-developed αGEL material. This tech is seen as the game changer, a shoe that absorbed an athlete’s foot from shock for the first time. The first shoe to sport the new technology is the FREAKSα in Japan released in 1987 and relaunched as the GT-II in other regions around the world. The Gel shoes become the go-to choice for runners and athletes and still dominates the market today.

The Gel Lyte sneaker was released in the same year, 1967, and has received hundreds of revamps since, becoming the company’s most iconic shoe to date. Despite all the reimaginings of the silhouette, the original Gel Lyte has never left the flow line collection, a testament to its enduring functionality and style of the shoe.

Over the years, ASICS has celebrated a number of anniversaries, one of which was the 50-year landmark. To celebrate, the company re-released a number of popular editions of their shoes. These shoes included the Magic Runner, Limber Up, Silver Boots, Passing, Rotation 6, Nylon Corsair, Tiger Paw DS-5700, and the Soccer Kawa AA.

Although not a major achievement, I still found it interesting that the first baby shoe was released in 2005, in the form of the SUKU2 First. The company also launched the Animal First sneakers in 2007 and won the prize for the first Kids Design Award.

The ASICS brand is quite positively received the world over, with many of its classic designs remaining popular in streetwear, with many other silhouettes among the top running and athletic shoes in the business. With nearly 70 years since it was first founded, ASICS has enjoyed quite a rich – and one of the strangest – histories, having gone through many changes in the industry while always remaining relevant across multiple sporting codes, which is why the brand became the giant it is today. And to think, the sneaker world was radically changed after a simple dinner with a course of octopus.