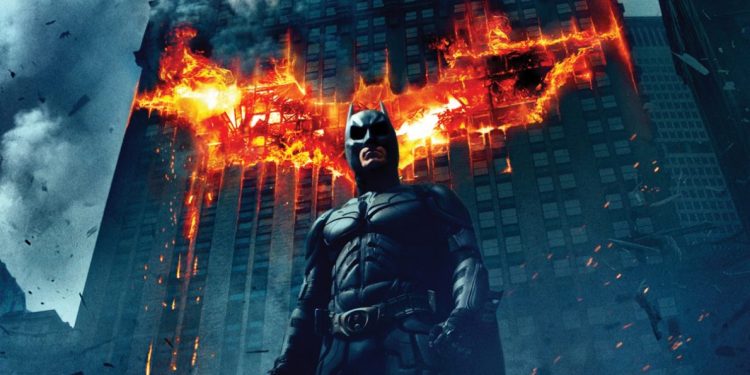 If you’ve ever thought of skipping work to see a film, I have three words for you; “Don’t do it”. There are consequences. We’ve all been tempted at one point or the other. It’s estimated that 2.2 million full-time employees skipped work to attend Star Wars Episode I: The Phantom Menace, resulting in $293 million in lost productivity. However, that’s not the reason I’m hinting at here. The real reason why you shouldn’t skip work to see a film is because you might actually get caught.

It was 2008 and I was working my first job as a graphic designer at the time. Christopher Nolan’s The Dark Knight was screening and I was lucky enough to catch it over a very busy weekend. It was fully booked in both of East London’s cinemas (yes, they only had two) for nearly all of the screenings. I wasn’t going to be out of the loop, so I went to see the very late Sunday night screening all by myself. It was great. The Dark Knight succeeded my expectations.

When I arrived at work on Monday morning, it was all I could talk about. The Dark Knight this. The Dark Knight that. Of course, not everyone in our office had seen it. The biggest Batman fan in the office hadn’t seen it and he was miserable about it. He wanted to see the film so badly. Me, being the man that I am, rubbed it in just enough to make it even worse for the poor guy – salt into his deep wound. And so, he conjured up a plan.

Halfway through the morning he entered the office and announced that he was leaving early. According to him, his landlord just contacted him and he needed to find a new apartment pronto. He had explained his situation to the boss and was allowed to go home early to start packing up his stuff. It was “an emergency”. Nobody thought anything of it. He wouldn’t dare skip work to go see a Batman film, would he? Nah, he’s not that crazy.

I should also mention that our boss was the nicest guy – the kind of boss who took his employees to the movies often and splurged out on the tickets and treats. Like the rest of us, he was also a movie fan. He had seen all the latest blockbusters. So when it came to films, we all had long discussions on what was cool and what wasn’t. Often when something important was playing, he would suggest we all go see it. Once when Batman guy and myself had an argument and couldn’t see eye-to-eye, he suggested we sort it all out by sending us to the movies for the day. That’s the kind of cool boss he was.

At 6 PM that evening I got a text message on my phone from Batman guy. Seems he didn’t go scouting for apartments after all. Instead, he went to see The Dark Knight. Of course, he loved the movie. He didn’t stop commenting on it for days after. The part he didn’t love so much was being caught by the boss – IN THE CINEMA! Turns out that as he got up to leave the cinema, in the same row opposite him, he literally bumped into the boss – who had put in leave and taken the afternoon off to see the film too. WHAT ARE THE CHANCES?

As the two stepped out together, Batman guy was so shocked that all he managed to say was, “Hi. Wow, wasn’t that a great film?” Of course, the boss said nothing. Like Batman, he disappeared into the darkness of the cinema. The following day there was hell to pay. Batman guy was called in and got into a lot of trouble. It was not because he watched The Dark Knight, but because he openly lied to everyone. There were disciplinary hearings and a lot of other warnings. He was forced to apologise to everyone.

When all the dust eventually settled, Batman guy and I had the longest chat about how cool The Dark Knight was and how amazing Ledger was as The Joker. Right at the end of our conversation as we were walking our separate ways, he turned to me and said, “That movie was worth it. I would totally skip work and do it all again.”

I guess The Dark Knight was worth the trouble, but most movies aren’t.

There are probably a few people considering skipping work this Friday to go see the highly anticipated Suicide Squad. Remember this story. Remember what happened to this guy. Ask yourself, “Is this film worth the trouble?”