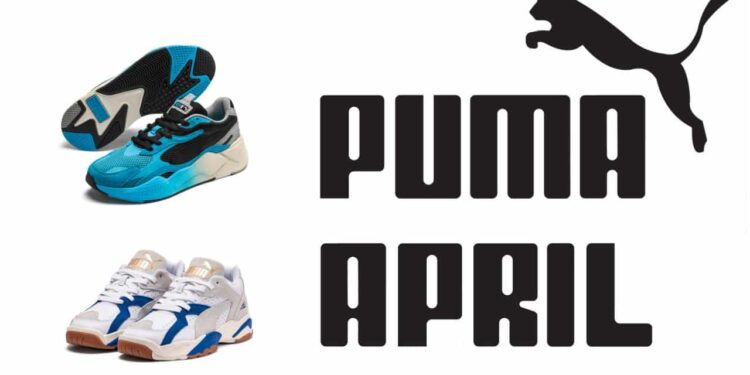 PUMA South Africa announced that it was still taking orders via the official website, PUMA.com, with the release of six new drops for the month of April. The sneakers featured in the drop include the RS-X3 Move, Performer OG, PUMA x Public Enemy Clyde, Love Patent and Cali Snake. In addition to this, the drop also includes new colourways of the Future Rider Play On. Following on from the RS-X³, the latest drop features stronger material mixes and bold and vibrant colours in the form of the RS-X³ Move. The sneaker is a reinvention of the classic RS design, inspired by movement. The Move encourages wearers to take movement to the next level. It features a rubber outsole PU midsole in a low boot silhouette. The upper is made from a mesh material with the PUMA Formstrip at lateral side, and a CAT LOGO and RS-X wordmark at tongue. The PUMA RS-X³ Move retails for R2,000. Make a statement with the new PUMA Performer OG for one of the most impactful styles. The sneaker packs a from punch in both presentation and performance. With its leather upper, rubber outsole, lightning-shaped overlays and artfully designed EVA and Trinomic midsole, the Performer OG is a fashionable marker. Taken from the PUMA archives, the sneaker roars back with a 2020 update mixing new technologies and an original look. The Performer OG is available for R2,000. The PUMA Love Patent is inspired by the world of tennis – with ‘Love’ an expression used in the sport. The sneakers are ready to wear with minimalist details and wavy tooling, is sophisticated, tasteful and simple. The upper features synthetic leather and a rubber outsole, designed to include an embossed and metallic gold PUMA wording and PUMA Cat logos. Play on. The PUMA Love Patent is priced at R1,300. The CALI has been featured numerous times on Fortress, with a number of redesigns. Based on the 80s California original, the CALI Snake includes a new and progressive rubber tooling. The upper features tumbled leather with a snake-textured leather PUMA Formstrip. The CALI Snake is available for R1,600. Last month saw the release of the PUMA X Public Enemy collection. This April, PUMA extends the release with the stylish Clyde trainers. The release continues to celebrate hip hop legends Public Enemy 35th anniversary with the Clyde, featuring eye-catching detailing – the “FEAR OF A BLACK PLANET” stamped on the outsole and “PUBLIC ENEMY” wording on the midsole. The drop also features new apparel and accessories for the collection. The PUMA X PUBLIC ENEMY Clyde retails for R2,600. The PUMA FUTURE RIDER has been a great success since its release. The brand has dropped a number of updates and colourways for the collection, this time adding two new colourways for the Play On range. These include the Puma White-Yellow Alert and the PUMA Black and White-Gray Violet. Both silhouettes feature the super-light nylon, suede and leather upper from the originals, with an EVA midsole and shock-absorbing Federbein outsole. Both sneakers are available for R1,600.

Fans can continue to purchase via the PUMA.com website to keep their style fresh and up to date. Delivery on all orders will take place after lockdown.