What is Singles Day? Only Bigger than Black Friday and Cyber Monday Combined 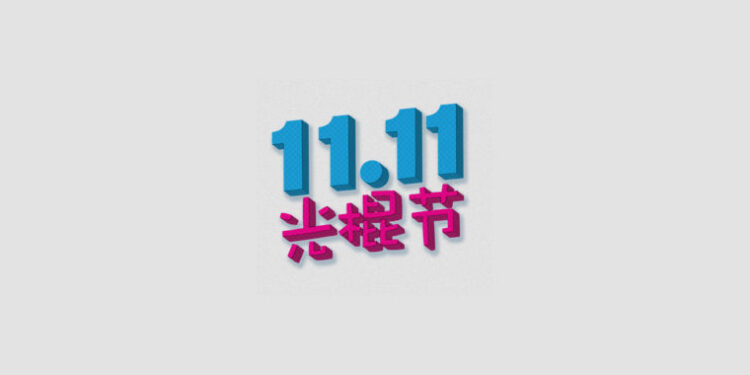 Singles’ Day, or as it’s known in China, Guanggun Jie, is the single biggest online shopping event of the calendar year. To put things into perspective, it’s bigger than Black Friday and Cyber Monday combined. But what exactly is Singles’ Day, where did it spawn from, and what does it all mean?

Ironically, Singles’ Day started off as something of an Anti-Valentine’s Day celebration for single people in China in the early 90s. It was first celebrated at Nanjing University in 1993. The day is commemorated on 11 November (11-11, or one-one-one-one) each year. The date was specifically chosen for it’s single digits, “1.” While the event has become a huge cultural phenomenon, it still remains an unofficial holiday in China.

The occurrence of Singles’ Day actually has a deeper root to its origin, stemming from China’s limitation on having only one child per family. As a result, parents preferred to have male offspring, which was seen as more prestigious and financially beneficial at the time. This lead to abortions, given up females in adoption, or even discarding of newborns. Down the line, China’s male to female ratios skewed in favour of males, leading to higher numbers of unmarried men. But what started off as an occasion for single people to party with single friends, has turned into a huge marketing campaign thanks to China’s largest online retailer, Alibaba Group Holding Ltd. Back in 2010, the company launched an online sales campaign for male-oriented products on the day, which saw a surprising uptake of the event. The following year, marking 11-11-11, saw an unprecedented sales spike, which lead to Alibaba officially trademarking the Singles’ Day in 2012, and opening sales to all categories on their site.

This year, the sales event is projected to break world records once again. Last year, (mostly) Chinese consumers spent close to $15 billion in just over 24 hours of the event. This year, that figure is expected to be in the region of $21 billion dollars. This in comparison to total US sales for Black Friday of close to $1.5 billion. Interestingly, US stores mimicked the day’s events by including a few sales of their own ahead of the 25 November Black Friday.

With such high expectations, Alibaba has pulled out all the stops in 2016, inviting celebrities and famous athletes to endorse the campaign. Stars like David and Victoria Beckham, Kobe Bryany, and Hollywood producer, David Hill, were all part of the countdown gala showcase leading up to the start of the sales. The reason behind this was to enhance the online brand to a global scale to demonstrate Alibaba’s vision for the future of retail. The event was broadcast live at the Shenzhen Universaide Sports Centre, which seats more than 60,000 people. Katy Perry was due to perform on the evening, but cancelled due to a family emergency.

In the days leading up to the event, Alibaba showcased some the hi-tech innovations it would be bringing to this year’s event, including virtual reality and gaming, including an 8-hour live stream fashion show where you’re able to purchase dresses as they’re making their way down the runway. There are numerous tie-in apps available, where users could win spot prizes throughout the day. There’s also a Pokemon Go-style game where players will chase Tmall’s cat mascot around to win additional prizes from selected merchants, which include the likes of Shanghai Disneyland, Starbucks, and many others. The game is a tie-in to lead prospective buyers to stores that form part of the sale, in an effort to blend online and brick-and-mortar retail experiences.

If you still wondering what all the fuss is about, consider this: Alibaba Group Holding Ltd. posted sales amounting to $1 billion within the first five minutes of its Singles’ Day with another 23 hours 55 minutes to go.