Should the MCU Be Considered Canon Instead of Marvel Comics? There’s no denying the absolute juggernaut that the Marvel Cinematic Universe (MCU) is. For over a decade, it has dominated the box office and cemented itself as one of the greatest shared universes of all time. Even after the record-breaking success of Avengers: Endgame, the MCU only looks set to grow from strength to strength with the introduction of the X-Men, Fantastic Four and other popular characters in the next phases to come.

More importantly, the films have successfully catapulted superheroes into the cultural zeitgeist again. Names like Iron Man, Hawkeye, Captain Marvel and Black Widow aren’t only known by comic book fans who pick up the monthly books, but by the general public at large. 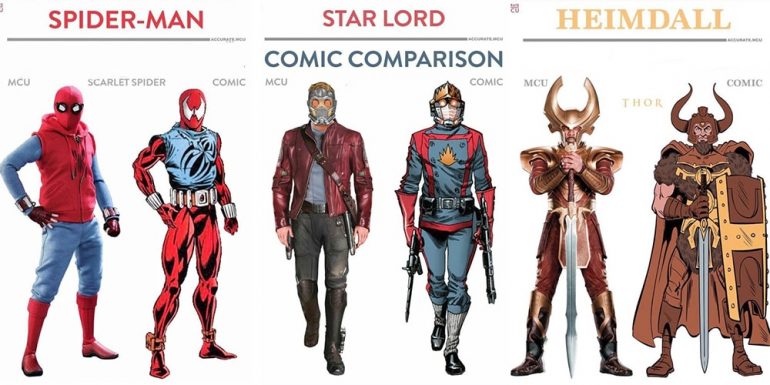 While the comic book storylines undoubtedly had a seismic influence in shaping the MCU’s trajectory, certain liberties have been taken, as with most adaptations. In many instances, the stories on screen don’t quite reflect what fans are familiar with in the comics – Spider-Man is a good case in point.

Debates about whether these changes are for the better or disrespect the source material could go on for ages, but the financial success and universal praise mean the general audience accepts this version of Marvel’s characters. For a generation, in fact, this will be their first introduction to them, which means it’ll leave more of an influence and shape how they see these characters in the future.

A good example of the above is the first reaction to the upcoming Avengers video game. Many fans slated the initial trailer because the characters didn’t look like their big-screen counterparts, nor did they sound like them. Yet, in the pre-MCU era, this was largely the norm.

It raises an interesting question here: Do most people think the MCU is now canon? And if so, should it be accepted more so than the history of the comics? 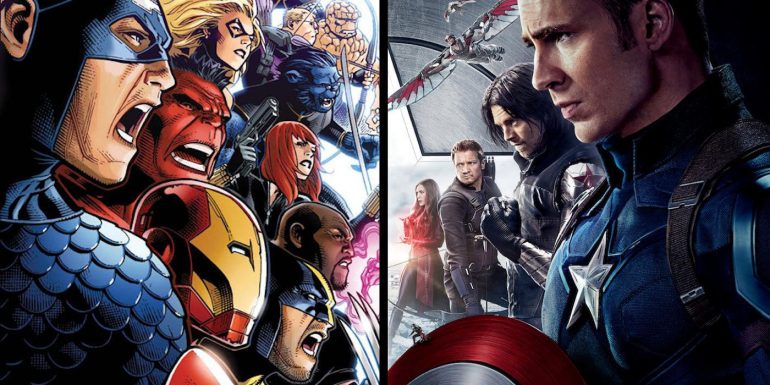 For any comic book fan, the kneejerk reaction is to immediately say no. After all, Stan Lee, Jack Kirby and Co. poured their blood, sweat and tears into stories that entertained generations long before the MCU. To disregard their genius and legacy would be criminal.

What is apparent, however, is that the average person watching the films isn’t picking up the comics. Enter into an online debate about these characters and it’s instantly obvious that the familiarity doesn’t extend past the films and maybe one or two pop-culture references. Most people see the MCU as the definitive version of the Marvel Universe.

While some fans might consider this a lack of education or genuine passion for the characters, the reality is what it is. People are voting with their money, and the films and relevant merchandise are receiving all the cheddar instead of the comics. In this way, they’re saying they prefer the history and foundation laid by the films rather than the decades of stories. The brutal truth aside, Iron Man is more than Robert Downey Jr. Captain America is more than Chris Evans. While the actors certainly shaped the characters for an era, others will replace them in due course. The MCU is hot, but like all things, it will end one day.

It might be difficult to change the mindset of the audience who already the see the MCU as be-all and end-all, but it’s up to comic book fans to keep canon alive. Whether it’s by encouraging friends and family to dive deeper into the characters or supporting the medium, it’s possible to ensure that comic book canon never makes way for cinematic universes.

Tell us, do you think the MCU should be considered canon instead of the Marvel comics? Let us know in the comments section!