She-Ra And The Princesses Of Power Review – A Strong Reboot 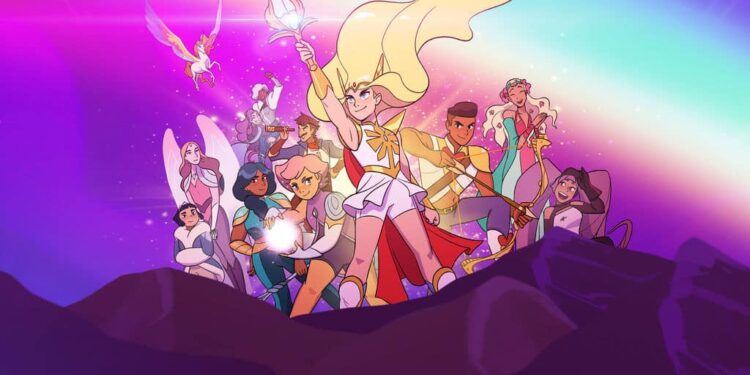 For many South Africans who grew up in the ’80s and ’90s, they would have no doubt been exposed to the He-Man and the Masters of the Universe animated series during that time. The series was based on the popular figurine with incredible strength, who is the alter-ego of Prince Adam. Soon after the release and success of He-Man, Filmation introduced a new animated series, titled She-Ra: Princess of Power. She-Ra, the alter-ego of Princess Adora, is the long-lost twin sister of Prince Adam. The original series, released in 1985, relied heavily on the association to He-Man, with the animation spending the bulk of the first few episodes focused on how he came to discover Adora. 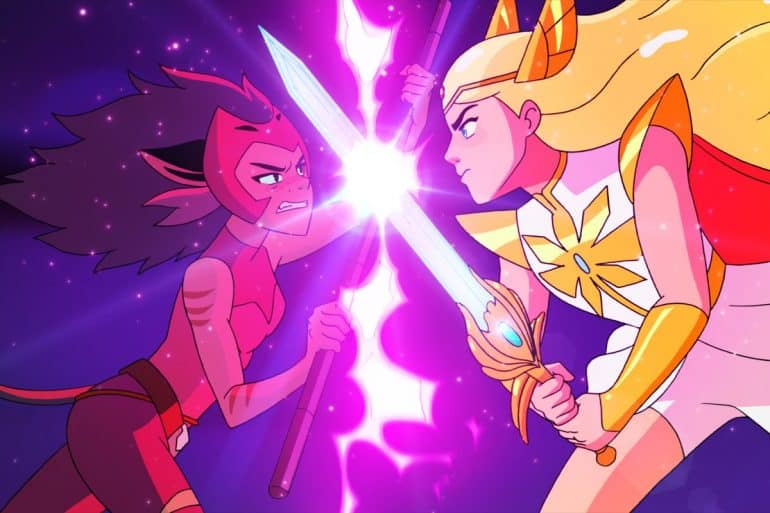 When Netflix announced it had bought the rights to the latest reboot, She-Ra and the Princesses of Power, the news was met with anger and scorn by fans, as well as those internet trolls just looking for another hype train to get themselves noticed. There were many, however, that welcomed the announcement, not to mention the redesign of the leading character. Gone is the adult variant, which came standard with makeup, lipstick and some cleavage. Instead, this Adora has been designed more in line with many other children’s cartoons, which this show is aimed at. The look is more befitting of a space cadet than someone dressed for a beauty pageant.

Gone is the adult variant [of She-Ra], which came standard with makeup, lipstick and some cleavage.

All that aside, the She-Ra And The Princesses Of Power show launched on Netflix in November 2018, and was met with mostly positive reviews. Right off the bat, you’ll notice quite a lot of difference in the story, the dialogue, as well as the tone and message it wishes to send to its ‘young’ audience. Having spent some time, before the reboot became available on Netflix, having watched a few episodes from the original series, I was left in quite a state of shock at how bad it has aged in the 30 years since its original airing. Based on this, as well as the strong presence She-Ra is supposed to have among young girls, the series was definitely the perfect candidate for receiving a reboot. The new series is a lot more whimsical in nature, spends a lot more time developing each of the characters, which includes the villains of the show but, most importantly, has a much clearer message of strength for young girls to aspire to. 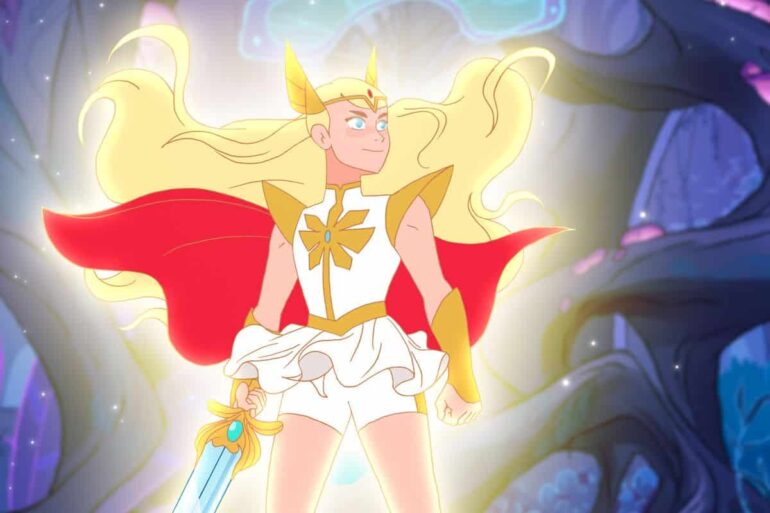 The She-Ra And The Princesses Of Power show starts off with Adora being part of the Evil Horde, where she has been raised. After a series of events, she becomes more self-aware and begins to question her upbringing and whether what they’re trying to achieve is in fact correct. Once she stumbles upon the Sword of Protection, after it had called out to her, she teams up with Glimmer, a Prince of Bright Moon, and her friend, Bow, as part of the Princess Alliance, a group of royal warriors, each with their own powers. Together, they aim to protect the kingdom and stop the Evil Horde. But there’s a lot of learning still to be done by young Adora as she isn’t even able to call on the power of the sword at the beginning, let alone know how to fully utilise its power once she has transformed. While in the process of discovering herself and her powers, she’s also confronted on many occasions with her former friends in the Evil Horde. Of course, she questions their motives and implores them to seek the truth as she has done.

The story in She-Ra And The Princesses Of Power, for the most part, is a solid one, as the team encounter each of the various Princesses and their powers as they journey across the kingdom in search of help. The characters are all likeable and with some level of depth, even if not fully developed within the first season. Each of them has motivations for their actions throughout and not just thrown together for the sake of the matter. Even the villains themselves aren’t simply evil because its suitable for them. They, too, are dealing with their own inner demons. For example, Catra, who was abandoned as a youngster, only seeks approval given to her by the Evil Horde. For the most part, you may find yourself sympathising with the villains as well, which provides substance to the show. The biggest challenge for the show is being able to stand out from among the crowd of animated shows with strong, powerful female leads, such as Avatar Korra. 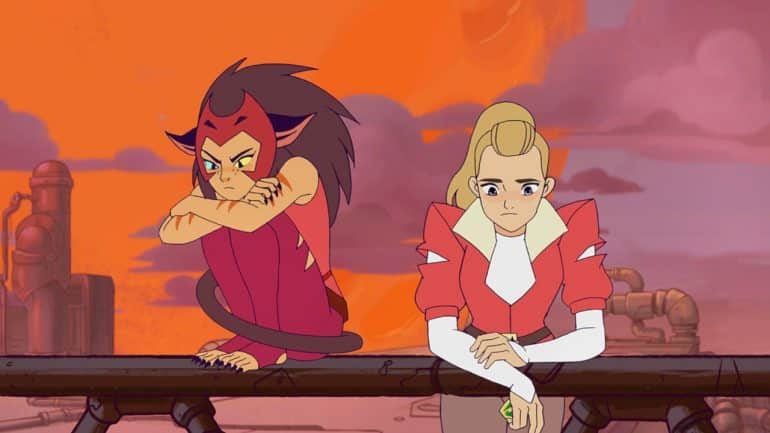 The animation style is great as well. It’s not over-the-top and doesn’t provide anything new, but it’s soothing on the eye and pleasant to watch. The character designs are also well thought out, with each having their own set of styles, unlike the generic costumes from the original series.

The character designs are also well thought out…

If there are any gripes from my side about the show, it’s twofold. The first of these being the fact that there’s a bit of a lull in the middle episodes, from the 13 that are available. It’s then rushed to a conclusion in the final two, although those episodes on their own aren’t a let a down. The second of my list of gripes is that we don’t get to explore much of Adora’s upbringing, her origin and the likes. There is still room to explore some of this in the subsequent seasons, for which the show has been renewed.

She-Ra and the Princesses of Power is a great reboot to the original, and a much deserved one at that. The show would easily put all those naysayers to bed with its well thought out storyline and narrative, but we all know that pride won’t allow them to give in. Adora is a hot-headed, stubborn and likeable Princess, and often times battles the everyday norms of being royalty, especially considering her upbringing. Catra is also a villain whose motivations we can understand, which makes for an emotional confrontation between the two characters. The show is filled with loads of humour and charm, and will easily be a favourite.

She-Ra And The Princesses Of Power

She-Ra and the Princesss of Power is a welcome reboot to the original franchise, which has not aged well by any means. The show is filled with charm and laughter, while tackling hard questions and provides an emotional battle between the two lead characters, Adora and Catra. It's a must-watch, and not just for young girls.