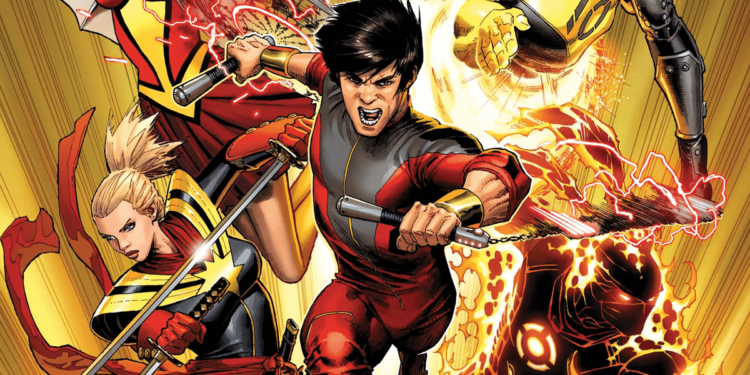 Plot details and unverified concept art for Marvel’s Shang-Chi movie, titled Shang-Chi and the Legend of the Ten Rings, has leaked online, thanks to Reddit.

The rumours are that the story follows Shang-Chi as he is recruited by MI6 to prevent The Mandarin, who might be his father, from retrieving the Ten Rings in order to conquer the world. Shang-Chi is aided by two MI6 agents, Clive Reston and Leiko Wu, and together fight off his half-siblings Cursed Lotus and Moving Shadow to get to The Mandarin (not the one actor pretending to be The Mandarin in Iron Man 3).

The film will also include Samuel L. Jackson’s Nick Fury and the dragon Fing Fang Foom.

Again, these are only rumours at this point. However, the informant also had two images of concept art as proof. See the images below.

Shang-Chi and the Legend of the Ten Rings releases February 12, 2021 and stars Simu Liu.