Shadow Of The Colossus Review – A Truly Magnificent Remake While it pains me to admit it, I have never played Shadow of the Colossus when it first released on the PlayStation 2 back in 2005. It’s a game I have always wanted to play but never really got the chance to. Luckily, the powers that be at PlayStation decided to remake the fan favourite game. The big question is whether this remake was worth the time and effort spent bringing the classic back to life. 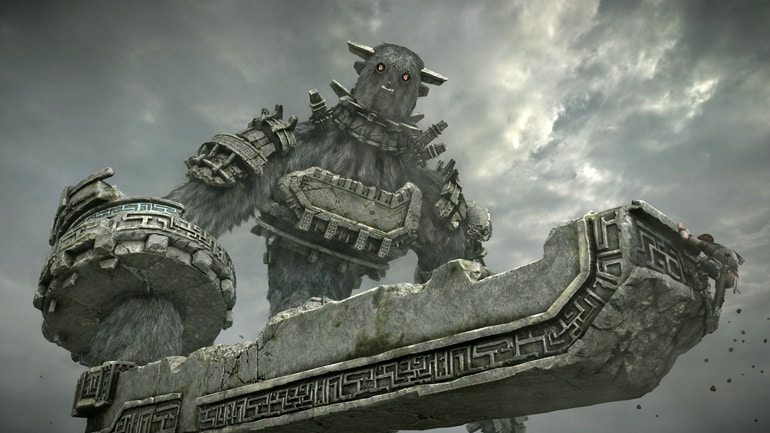 For the uninitiated, like myself, Shadow of the Colossus takes place in an ancient world where rumours tell of a force that can revive the dead. Our young hero decides to take his deceased love to this mystical place in the hope that these rumours are true. Once there, our hero is confronted by an unnamed entity who informs him that his wish of reviving his loved one can only be fulfilled once he has destroyed sixteen Colossi which roam the ancient lands. Armed with a magical sword, a simple bow and accompanied by his horse Agro, our hero sets out to defeat these enormous creatures. The story, while deceptively simple, helps keep you focused on the task at hand – defeating each of the monsterous creatures. 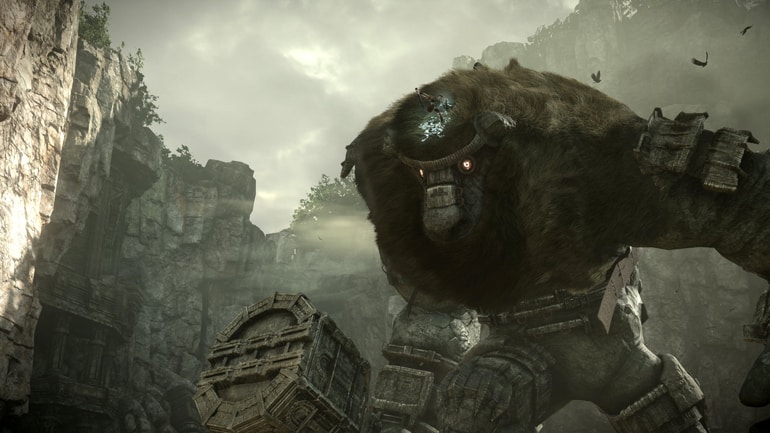 While the game did receive a remaster on the PlayStation 3, which I also didn’t get a chance to play, the PlayStation 4 version was rebuilt from the ground up and is a true remake. The first thing I noticed when setting out on my quest is just how beautiful, detailed and vast the environments in Shadow of the Colossus are. From forests densely populated with trees to the sparse, empty and strangely beautiful deserts, each biome in the game begs to be explored. I found myself time and again pausing during my quest just to take in the beauty of the backdrops that surrounded the characters. Unlike so many recent open-world games, the environments in Shadow of the Colossus, although breathtaking at times, can feel empty. This minimalistic approach may be off-putting to some but I found it helped me push forward as I gained confidence in my ability to slay these beasts. 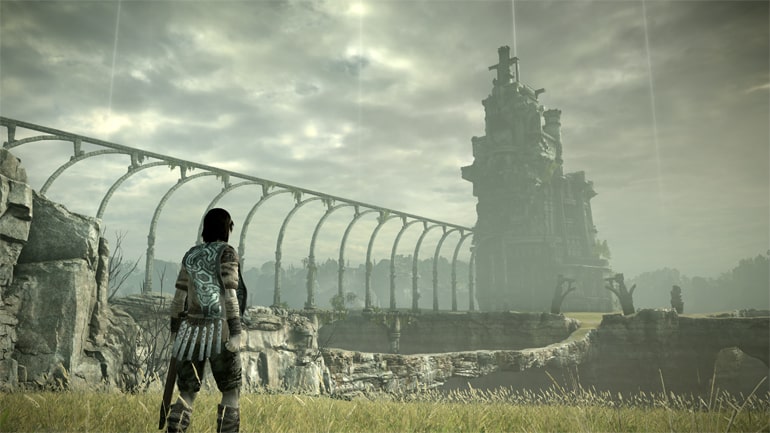 Just as impressive as the game’s environments are the various beasts you are tasked with destroying. Upon first encountering one, I was impressed with the scale of the creature before me. What sets Shadow of the Colossus apart from many of the other games at the time of its release was that, instead of facing off against waves of enemy fodder, you were tasked with basically taking down sixteen bosses. And while boss rush games have become more popular in recent times, this was one of the first games to perfect this genre.

So, how do you kill a creature several times your height? Easy, by climbing up on their enormous bodies and targeting their weak spots (which conveniently glows when you lift your sword). While this might sound simple, each of the Colossi is, in essence, their own puzzle you have to solve. For instance, some of them might be a bird/dragon-like creature that soars through the air and it’s up to you to find a way to get onto of them in order to stab their soft fleshy (rocky?) bits. This could mean baiting them, jumping on them as they swoop in or just distracting them and waiting for the correct moment to strike. Oh, and did I mention that you also have to manage your stamina while scaling these monsters? Spend a little too much time hanging around and your hero will losses their grip and plummet to the ground, essentially having to try scaling the creature again. 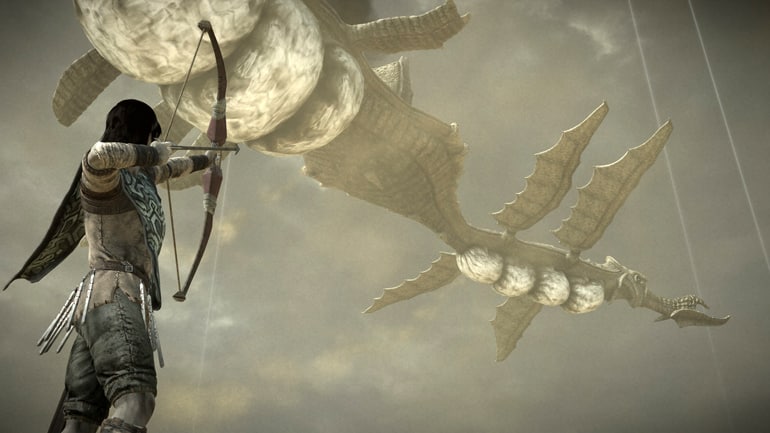 There is little to no hand holding and it’s up to you to figure out how to go about defeating these oversized foes. Each of these encounters is exhilarating and challenging in their own right as you try not to die while figuring out how to get to those darn glowing spots. I’ve encountered few things as rewarding in gaming such as felling one of these giant beasts after struggling for what seemed like hours trying to figure out what to do.

As can be expected from a game that tasks you with scaling oversized beasts, while flying through the air/being swung around or just dodging attacks, the camera does struggle to keep up with the action at times. It sometimes frantically tries to focus on the hero. This little niggle doesn’t sour the experience for me but something I had to learn to live with during my playtime. 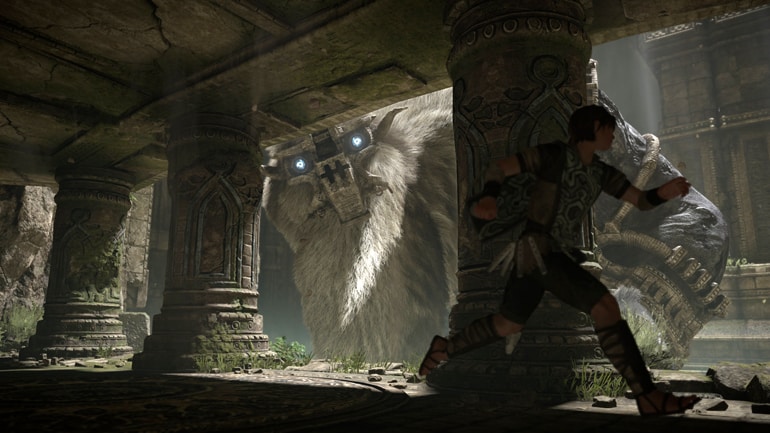 With the newly updated visuals and smoother gameplay, this is a game I would implore everyone to try out. The remaster proves that there are still some games out there that deserve to be replayed. Shadow of the Colossus is such a game. It’s a truly magnificent remake.