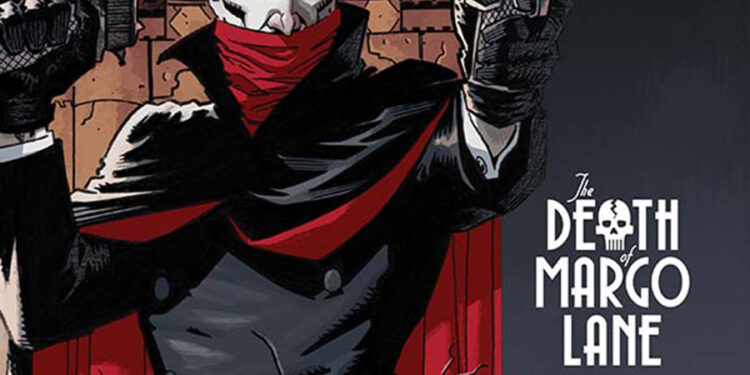 The Shadow may know what fears lurk in the hearts of man, but can his own heart survive the death of his long-time companion of Margo Lane? [dropcap]T[/dropcap]he Shadow refuses to believe that she’s died in an explosion meant to kill him, and the coroner’s report is sketchy at best. But with no choice but believe she’s gone, the Shadow throws himself into avenging her loss and works on tracking down the mysterious Chinese Tong leader the Red Empress. However, as every lead sends him scrambling into a series of dead ends, he also uncovers something equally disturbing: the racism present in America, which crosses all social boundaries.

With The Shadow on a rampage against the criminal underworld, he’s on the offensive and sets about dismantling a drug empire, but the Red Empress constantly eludes him. Worse, he may have the power to cloud men’s minds but his own judgment seems increasingly clouded by his tragic loss. While his network of informants and assistants are willing to back him to the hilt, the Shadow’s actions are becoming more reckless and danger lurks around every corner… Matt Wagner once again brings a sense of style to one of comic books’ most enduring and legendary vigilantes. If you loved his work on Sandman Mystery Theatre – a series which remains sadly underrated and overlooked – then you’ll appreciate the level of maturity and real-world feel he brings to this comic book. The Shadow is more than just a figure to be feared, he’s someone the readers can empathise with.

The menace the Shadow exudes is chilling, and his anger and frustration at both the racism he confronts and the loss of Margo are obvious. The brief appearance of Lamont Cranston allows a nice reminder that there’s more to the Shadow than just his vigilante persona, as he does some old-fashioned detective leg-work.

The riddle of the Red Empress’s true identity continues to be both one of the most intriguing aspects of this story. It’s hard to tell if she’s a giant macguffin or if there’s some Keyser Soze figure lurking in the wings… maybe even someone we’ve already seen. It helps to sell the mystery even more, and seeing the Shadow flailing around against an enemy he can neither track down nor identify is a wonderful concept. As for the presumed-dead Margo Lane, her presence is still felt regardless. She reminds us of how the Shadow, for all his hard-edged brooding and violent sense of justice, is still just a man. While it’s hard to convince fans of her actual demise, even the possibility of her meeting an untimely end creates tension and drives the story forward at a steady pace.

The Shadow may not appeal to all, but for those with a taste for nostalgia and hardboiled crime noir stories it keeps delivering the goods in new and exciting ways.