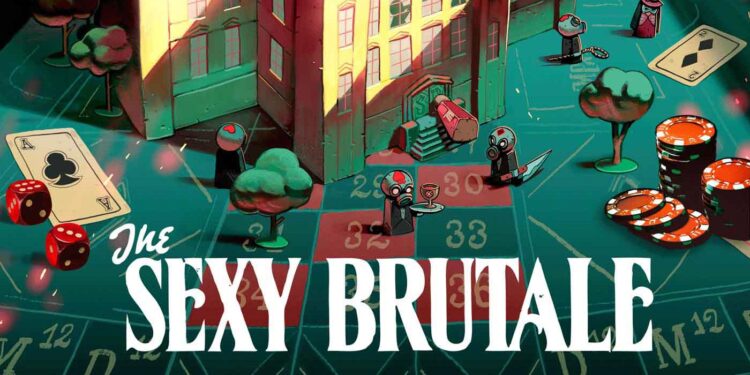 The plot of The Sexy Brutale is simple but ingenious. It’s up to the player to race against the constantly resetting clock to learn the skills needed to save everyone. Every action you take can be huge, but since time keeps resetting those changes may not take hold. Your key weapon here is learning what happens, when and how, and then making the correct change at the correct time. The annual Sexy Brutale casino party always promises to be something special, but this year there’s a twist. The guests have become caught in a time loop, destined to be murdered over and over again. Thankfully, Lafcadio Boone escapes from a never-ending cycle and is tasked with saving the lives of all the other guests. But with a murderer on the loose and everyone’s identity concealed, can Boone change the course of history itself or is he doomed to repeat it forever?

So, yes, it’s a murder mystery version of Groundhog Day.

That’s both one of the games’ greatest strengths and weaknesses. Because, as Phil Connors in that great movie knew, being caught in a time loop can be both a blessing and a curse – especially when trapped in a confined space. There’s a great deal of enjoyment to be had in altering events so people don’t get murdered. Inserting a blank cartridge into a gun which will later be used to shoot someone, or switching on a normally deactivated video camera and broadcasting a live feed of one of the victims to another so they’ll rescue them and change history… it’s a really rewarding feeling. Unfortunately, the downside of that is the frustration of repetition in trying to learn what it is you need to do to change things. Since you can’t physically interact with the victims to simply warn them, instead you’ll spend all your time either exploring or racing around the mansion casino trying to track people down to learn their patterns. And once you’ve repeated the events of the night a few dozen times, it becomes somewhat tedious.

The graphics style cartoonish, set in an old ‘80s-style isometric 3D adventure game such as Batman, Movie and The Great Escape. Which isn’t a bad thing, but it’s strange seeing that format here. While it makes sense given the story and time dynamics, it may frustrate modern players. There’s no actual spoken dialogue either, it’s all about reading rather amusing character text. The looping funky jazz music is catchy and offers cues as to what murder is happening at any given moment, but again you can only hear the same song played over and over before you get bored of it.

Then there’s the title, The Sexy Brutale. Please don’t misunderstand this, it’s more a comment on the concept of the game itself and it’s “scandalous” setting which is about as naughty as a Hercule Poirot mystery.

As a game, there’s a lot to recommend if you’re after a long-term puzzle which focuses on exploring and learning. The concept really is brilliant. However, there are drawbacks and this won’t satisfy anyone who comes looking for quick and cheap thrills. It’s repetitive, at times because that’s the nature of the game but at other time simply because it’s frustrating. The Sexy Brutale is a solid buy, although not a great one.