by  Rick Austin
in Comics, TV 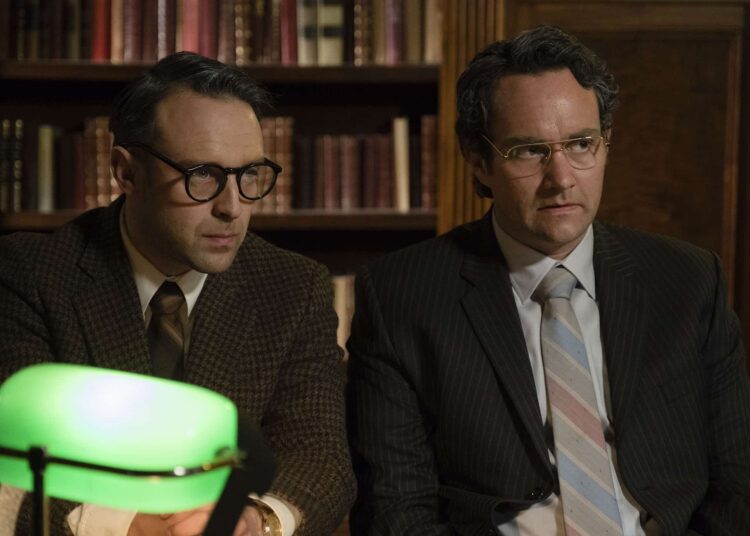 Robert Kirkman’s Secret History Of Comics has been highly anticipated by comic book fans since its first announcement. The six-episode documentary series from The Walking Dead creator Kirkman is now airing on AMC as part of their Visionaries series, with each episode covering topics ranging from the early days of Marvel Comics and the founding of Image Comics, to how the events of 9/11 impacted comic books and the creative origin of Wonder Woman. Featuring old footage, new interviews with some of the biggest names in the field, and re-enactments of some of the most pivotal moments in comic book history, it’s essential viewing for any fan.

Episode 3, The Trials Of Superman, airs on November 20th and chronicles the history and legal struggles of Superman’s creators Jerry Siegel and Joe Shuster. We managed to catch up with the actors playing them, Blaine Anderson and Brendan Taylor, who have previously appeared in shows like Fringe, Arrow, Supernatural and Fargo, to get some of their thoughts on the show and comic books in general.

Hi guys, it’s a pleasure to be chatting with you, and thank you for taking the time to do this interview!

Blaine and Brendan: Thank you for having us!

Superman is one of the most iconic figures in the world, but creators Jerry Siegel and Joe Shuster’s personal stories aren’t known to many fans. What can viewers expect from this episode, and what message do you think they’ll draw from it?

Blaine Anderson: Viewers can expect to learn a lot of history about Siegel and Shuster that they might not already be aware of. It’s a mix of interviews and re-creations of their most important moments, which is where Brendan and I were involved.

Brendan Taylor: More than anything else, I think they will notice how Siegel and Shuster’s quest for truth and justice and some of their personal qualities mirror the very best elements that Superman represents.

Was it intimidating, portraying such notable real-life figures?

Blaine Anderson: As actors, whether a character is real or not, we want to find the truth in every story. With real-life figures, we have an added responsibility to portray them in an especially truthful way.

Brendan Taylor: That responsibility makes the research even more important. We listened to some of their later interviews and watched clips of them together, which helped us get a sense of who they were and how they interacted. Ultimately, the most important thing was to emphasize the truth of their stories and struggles rather than just do strict impersonations.

While playing the roles, did you learn anything about them that shocked you?

Blaine Anderson: While we were aware of the initial story of them losing the rights to Superman, we were surprised to learn just how long they struggled to get recognition.

Brendan Taylor: It was almost a lifelong battle and this episode covers over 50 years of history!

Siegel and Shuster’s legal battles with National/DC are similar to the problems of many creators over the years at various companies, although theirs is one of the most heartbreaking. Knowing what they went through over the years, was there anything in particular that you could relate to?

Blaine Anderson: As actors, we can relate the most to the time, effort and feeling that goes into developing a character. If that’s taken away from you or if the final project doesn’t turn out the way you envision it, that is difficult to deal with from an artistic perspective.

Brendan Taylor: Rejection is a regular part of the entertainment business, but over time, we have to learn to stay the course and remain dedicated to doing what we love.

While the creators personally received little reward or recognition over the years, their creation became the biggest name in comics and a billion-dollar franchise for National/DC. Do you see a parallel between their real-life situation and the fictional one of Superman – who fights for the common man – taking on a corporate powerhouse like Lex Luthor?

Blaine Anderson: There are obvious parallels between Superman’s struggles and those of his creators, but what’s interesting to us is that the creation of Superman and Lex Luthor pre-dates the worst of the legal issues that happened to Siegel and Shuster.

Brendan Taylor: While Superman had to use his powers to handle Kryptonite and a criminal mastermind, Siegel and Shuster used the powers of the legal system to find their own justice!

DC seems to gloss over some of the darker elements of their company’s history. Do you imagine this may ruffle some feathers with them?

Blaine Anderson: For most people, when they hear DC or Marvel, I think the first association is with the characters they love. Anything else is secondary.

Brendan Taylor: The characters definitely come first for me, too. Ultimately, we feel that this episode is presenting a story rather than an opinion. It’s up to the audience – DC included – to watch and reach their own conclusions.

A part of what this series covers isn’t just the stories of the characters and their creators, but also what makes comic books so special to the fans. As fans yourselves, what was your own first exposure to comics, and what are your favourites?

Blaine: I discovered comics in elementary school. The characters and stories instantly grabbed me. I wasn’t a big reader up until that point, but I started reading about a dozen comics a day and it blew up my reading ability as a kid. Superman, Thor, and X-Men were my favourites.

Brendan: The old X-Men Adventures cartoon and Batman: The Animated Series were my first exposure to comic book characters. From there, I followed X-Men, Batman, and Superman by collecting comics, cards, and posters. I would also play with friends in the park, where we would invent our own superheroes.

These days it seems like almost every TV show or movie is based on a comic book series, or has some connection to them. Do you see that trend continuing, or do you think viewers are going to get bored with them and move on?

Blaine: I think that the mania for superhero characters will evolve. Right now, the consumer demand is for action-driven storytelling, but my guess is it will shift back to focusing on the real struggles that these characters face.

Brendan: The superhero movies have been made possible by the recent breakthroughs in technology that can really develop these worlds. I think they’re here to stay because fandom is continually growing and people will always want to hear these stories told and re-told.

So what projects will you be working on next?

Blaine: Residue is a horror-noir film where I play a troubled doctor who gets caught up with a private investigator and a book with supernatural powers. It’s currently on Netflix, iTunes, and Amazon.  My next project is Selfie from Hell, a horror film that I produced that was inspired by the YouTube video of the same name. It will be released in 2018. You can keep up with my latest projects at BlaineActor.com or @BlaineActor on Facebook, Twitter, and Instagram.

Brendan: You can catch me in 2018 on season two of The Arrangement on the E! network, as well as the next season of Magicians on SyFy. There’s more I will be sharing in the weeks ahead, so stay tuned at @MrBrendanTaylor on Facebook, Twitter, and Instagram or visit my website at Brendan-Taylor.com.

Thank you again for your time, and we’re wishing you further success in the future!

Blaine and Brendan: Thank you for the opportunity! 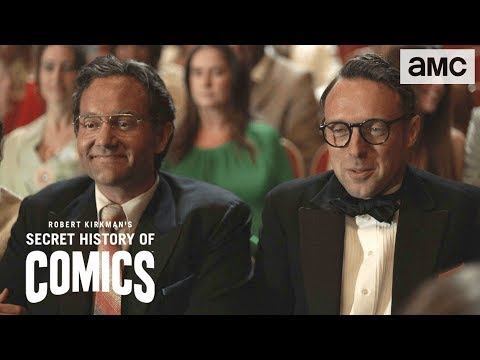