Secret Empire #9 Review – If You Want Change, Here It Is 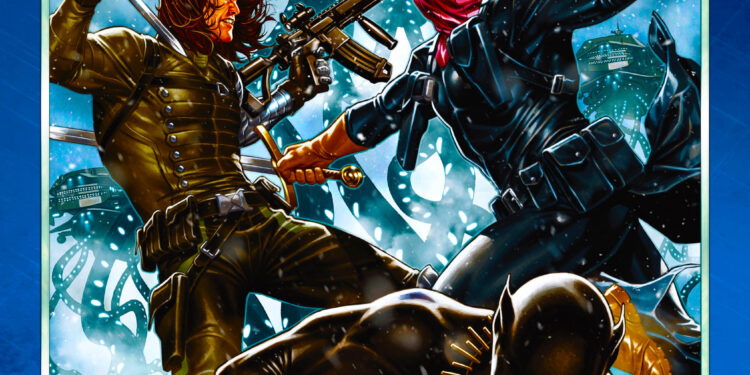 If issue #8 was about heroism and hope returning with a flourish to the Marvel Universe, then Secret Empire #9 is about returning its sense of fun.

It’s the beginning of the end for the corrupted Captain America’s Hydra empire and the assembled forces who oppose him. With the Darkforce and Earth’s defensive shield removed, the trapped heroes have finally been released, uniting with the resistance to end Hyrda’s control of the USA. As the battle grows more desperate for both sides, old alliances will crumble and new ones will be formed. But even with the return of the Winter Soldier, can the heroes do enough to stop Arnim Zola and Steve Rogers’ ultimate plan now that they possess almost every piece of the Cosmic Cube? It may sound like a strange thing for them to focus on, especially after the grim plot twists of recent issues and the fact that they’re fighting a war. After all, they’re fighting not just for the fate of the world but for its very soul. However, this is exactly what’s needed at this time in the story and it’s proof of why all of the nay-sayers and doubters of this series who have demanded change should have given it a chance. Yes, it’s been a rough ride full of distasteful moments, but it’s also the best way to right the wrongs from the past several years. If you want change, here it is.

For the first time in what feels like a lifetime, the assembled might of the MU gather together for a common goal… and damn, it’s a good old-fashioned adventure. The characters get to enjoy themselves as they crack skulls and take names, just like they used to in the good old days. Seeing the mercenaries who have sided with Hydra not only discuss their lousy salaries, but then switch sides, may almost seem too light-hearted but it’s still a great routine.

This issue isn’t all about the comedy though. Far from it. It’s also a much-needed apology to many fans about how dark Marvel has gotten, and how they’ve taken too many wrong paths over the years in terms of storytelling. When the heroes spend more time fighting with each other than the latest long-underwear megalomaniacal villain, it’s a problem. Much like DC’s Rebirth, it’s a sign of good faith on their part that what made Marvel so special for so many years will return. There’s action and adventure, and for once all the cameos by countless characters in the blow-out fight scene doesn’t appear too chaotic or forced. The art may not entirely do justice to Secret Empire #9‘s writing, but even then that’s a minor criticism.

So what’s the future of the Marvel Universe looking like at this point? If it keeps going in this direction, it could be very bright indeed.