Secret Empire #6 Review – The Story Continues To Play Out Smartly Secret Empire has been a great example throughout of how sometimes you need to tear things down before you can rebuild them properly.

With Hydra almost completely in control of the USA, things couldn’t look worse. In New York, Dagger is exhausted after having been the only source of light for the city. Doctor Strange continues seeking a solution to free everyone from the darkness which has trapped them, while Daredevil’s vigilantism proves to be no match for the Kingpin’s power of hope. Meanwhile, there’s dissent in the ranks of Black Widow’s young team. 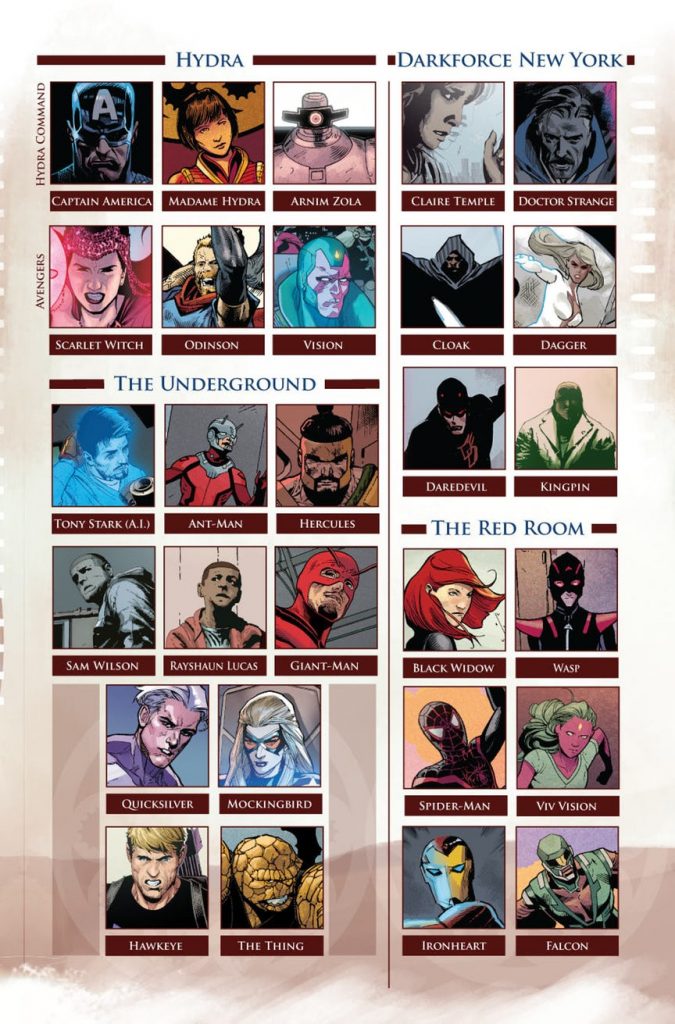 Fans have been demanding change from Marvel Comics for a while now, wanting their superheroes to be the embodiment of hope that they used to be. It’s still not clear what lies in Marvel’s future, but this issue makes it clear that there’s real hope. All it takes is for one classic superhero to remind the Marvel U and its fans of the good old days, and it happens right here. It just isn’t the one you might be expecting.

It’s to Nick Spencer’s credit that he does such a good job of setting the solemn mood of Secret Empire #6, only to provide one of the most unexpected and uplifting moments in recent comic book history. It’s a classic sucker punch of writing, timed to perfection. On a personal level, the moment I turned the page and saw it, I literally cheered out loud and started grinning with joy… and odds are, many readers will feel the same. 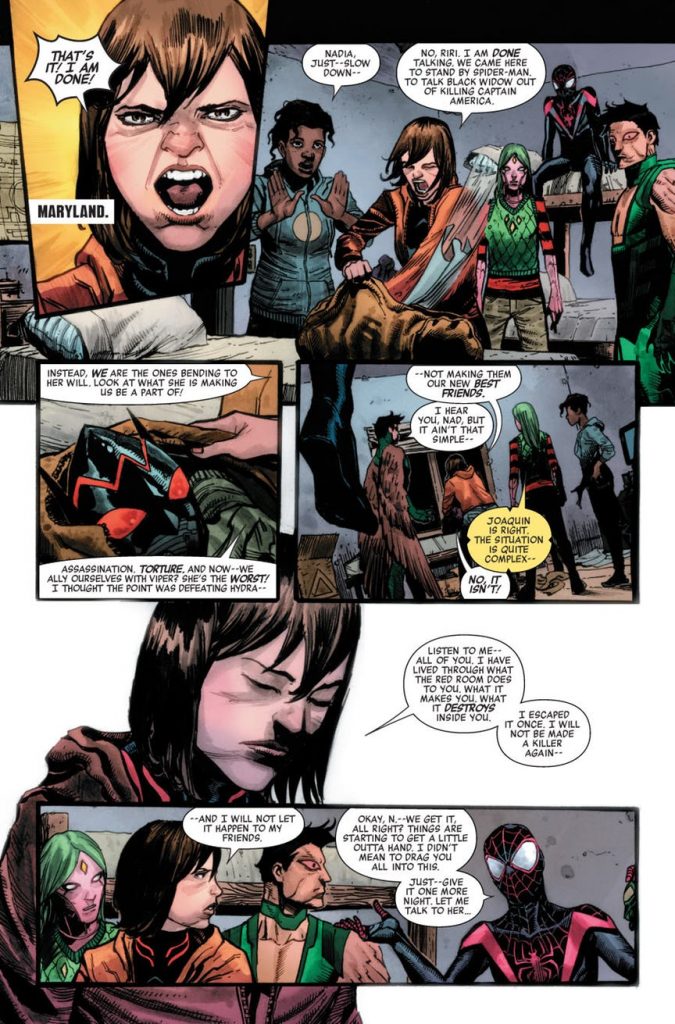 There’s plenty of symbolism going on in the whole issue, but beyond the self-referential theme of how far the Marvel U has fallen and how it’s going to be set right, the story itself continues to play out smartly. The focus on New York is particularly welcome, and the Kingpin once again outshines every other character. The return of Bruce Banner is handled well, although the Hulk’s appearance is underwhelming – for presumably intentional reasons.

On the downside, the artwork is a little too choppy to be called attractive, although it allows the story to move at a brisk pace when needed. However, as is happening too frequently in too many comics lately, there’s a lack of attention to detail when it comes to faces. In several group shots there are people with no facial features at all, just blank oval heads with hair and, in some panels, characters seem to be missing their eyes. Come on, Marvel. This could have been so good, but there’s little excuse for mistakes like those at this level.

On the whole, Secret Empire #6 is another solid issue with moments of brilliance. But there are flaws which drag it down too, so just be warned.