I know what I said in the last review: that unless this series made some real moves forward, I wouldn’t review it. At the risk of being called a liar, I have to say that Scooby Apocalypse #6 is an outstanding issue which does allow this series to make progress. It’s not the progress I was expecting, nor was it delivered how I expected it, but you know what? I’m okay with that, for one major reason: It’s a Velma origin issue. 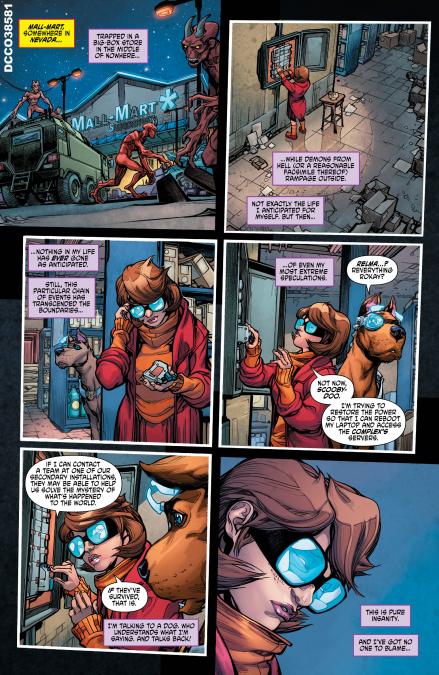 This is the tragic tale of genius Velma Dinkley. From growing up as an unwanted daughter to struggling with isolation from those at school due to her high intelligence, her life is a sad one. For all her degrees in various sciences, the one thing she’s never been able to understand is people, and for all her achievements she’s never earned respect or love. There’s a whole lot more going on though, as her involvement with the secret project which has turned the human race into monsters is revealed too. Even if you thought you knew what was going on, odds are you never quite saw this coming…

Oh, and there’s a short Scrappy-Doo backup story. Yes, I know what you’re thinking, but again it isn’t what you expect. 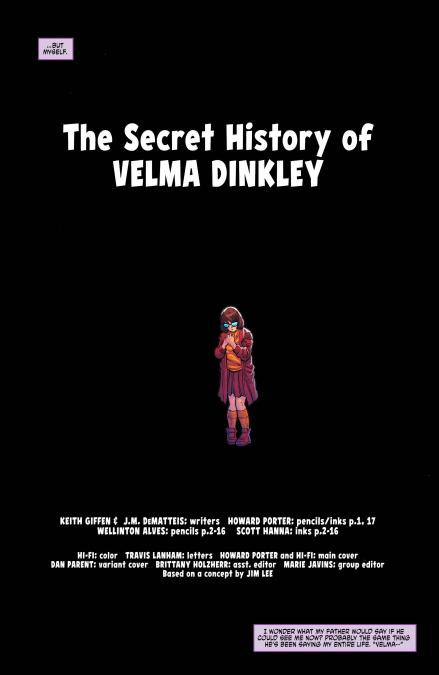 Yes, this series is still a bit of a disappointment if you’re a long-time Scooby-Doo fan. The mystery takes a backseat to the action so much it’s practically in the boot, and the whole concept seems to have been a misfire. However, the art is still amazing and the writing has consistently been impressive – especially in this issue. Velma has always been a strong (and underrated) character, yet here she truly shines. Her emotional tale is heartbreaking, yet told from the logical perspective of a scientist and contains some analytical moments which are enlightening.

Plus, of course, there’s Scrappy Dappy Doo. Since fans have come to despise this character over the years, it’s quite a statement that here they’ve not only managed to turn him into a credible villain but also an amusing one who you want to see more of. His triggering of puppy power is so unexpected and yet so obvious that the move is practically a work of genius, so what started out as a minor subplot is shaping up to be something special.

Scooby Apocalypse #6 is a wonderful issue and, no matter the fate of this series, this story stands out as one of the most fascinating representations of Velma Dinkley’s history in any version. 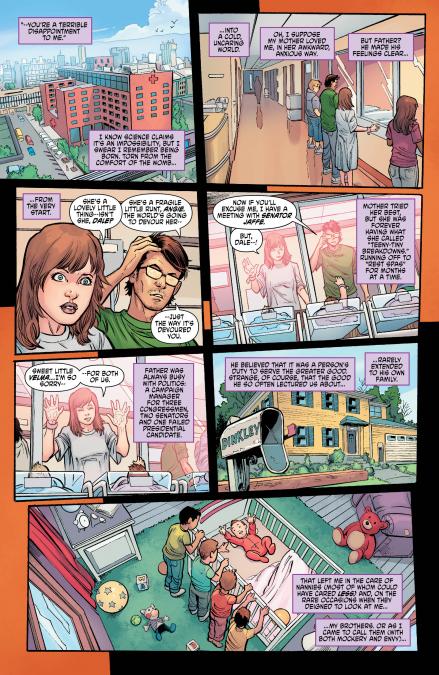