For an issue where very little appears to happen on the surface, there’s a great deal going on in Scooby Apocalypse #14. Things both spoken and left unsaid are the trick to this issue, allowing for individual character development as well as a greater understanding of the groups’ structures. And yes, I said groups. 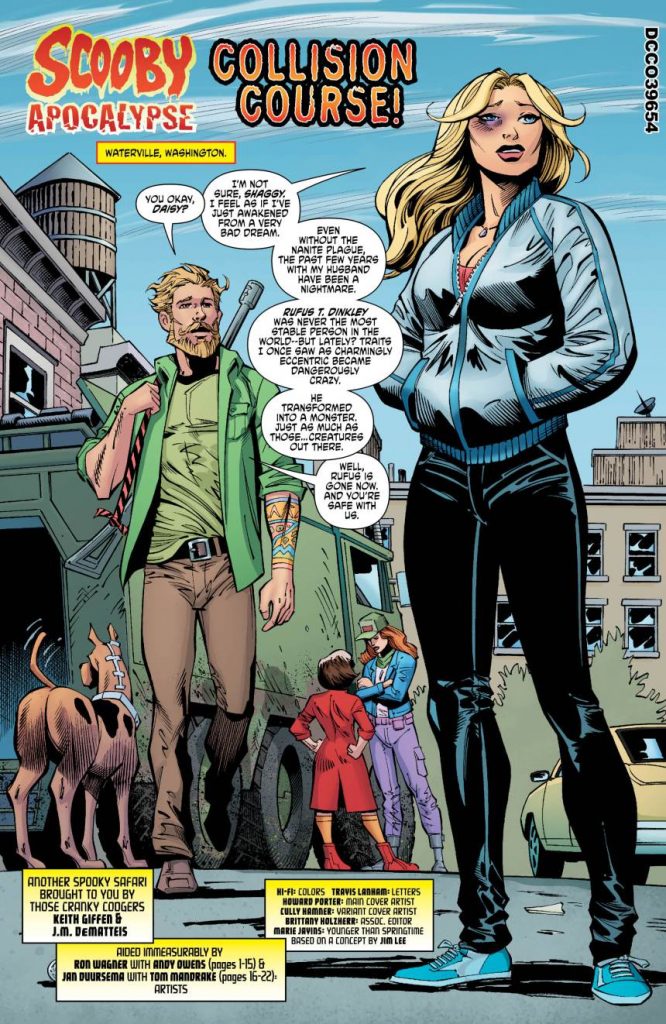 Velma continues to unravel the mystery of the apocalypse, as she examines the sudden migratory patterns of the monstrous beasts which now populate the planet. The creatures, being drawn to towards a mysterious voice, seem oblivious to the Mystery Inc. gang following them. Meanwhile, Shaggy finds himself increasingly infatuated with newcomer Daisy while questions about leadership emerge in the group. But when their journey overlaps with a vengeful Scrappy Doo, new battle lines may have to be drawn…

Scrappy’s storyline – until now kept in the background as a backup feature – finally links up with the main tale, and the result packs more of an impact than expected. We know that he’s been desperate to track down Velma and has become the “master” to a pet of his own, a young boy. While the other dogs in his pack may be forgettable background characters, Scrappy’s quest goes beyond anything his initially villainous roots may have hinted at. His relationship with his pet Cliffy is amusing, touching and strangely tragic, and the two have formed a bond which mirrors that of Shaggy and Scooby-Doo. Scooby himself finally gets a few moments to shine and reminding readers of his importance to the story, while Shaggy is given some serious moments which create a sense of impending doom. Velma and Daphne have evolved into a brilliant duo too, playing off each other on several levels. Fred, sadly, still gets the short end of the stick but it’s more a case of the others being so much stronger than him being weaker.

The mystery itself continues to unfold at its own pace, although there’s a clear sense of the pace increasing. There are also some genuine laugh-out-loud lines of dialogue delivered with perfect comedy timing, some of the best bizarrely coming from Scrappy. While Scooby Apocalypse #14 isn’t being played for laughs, much like the rest of this series, it’s also smart enough to know that sarcasm and comic relief are a part of human (and in this case, canine) nature.

The art – once more divided up into a group effort – may not be as impressive as in previous issues but it’s still better than many other titles on the shelves right now. When combined with the overlapping plot lines, strong dialogue and compelling characters, it’s another winner of an issue. 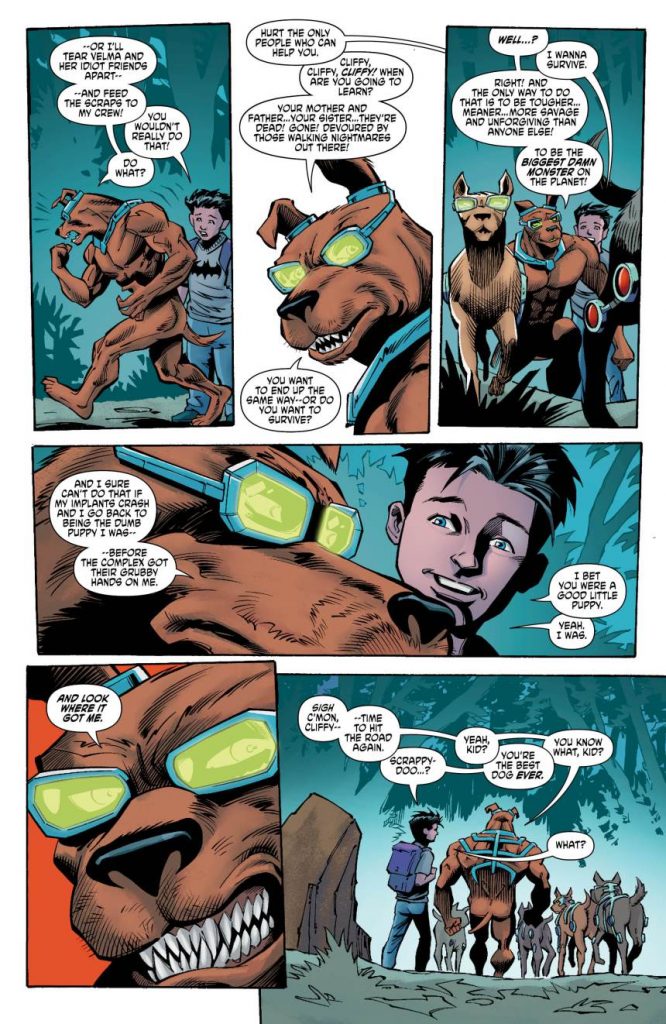