Scooby Apocalypse #12 Review – The Pieces Get Moved Into Place 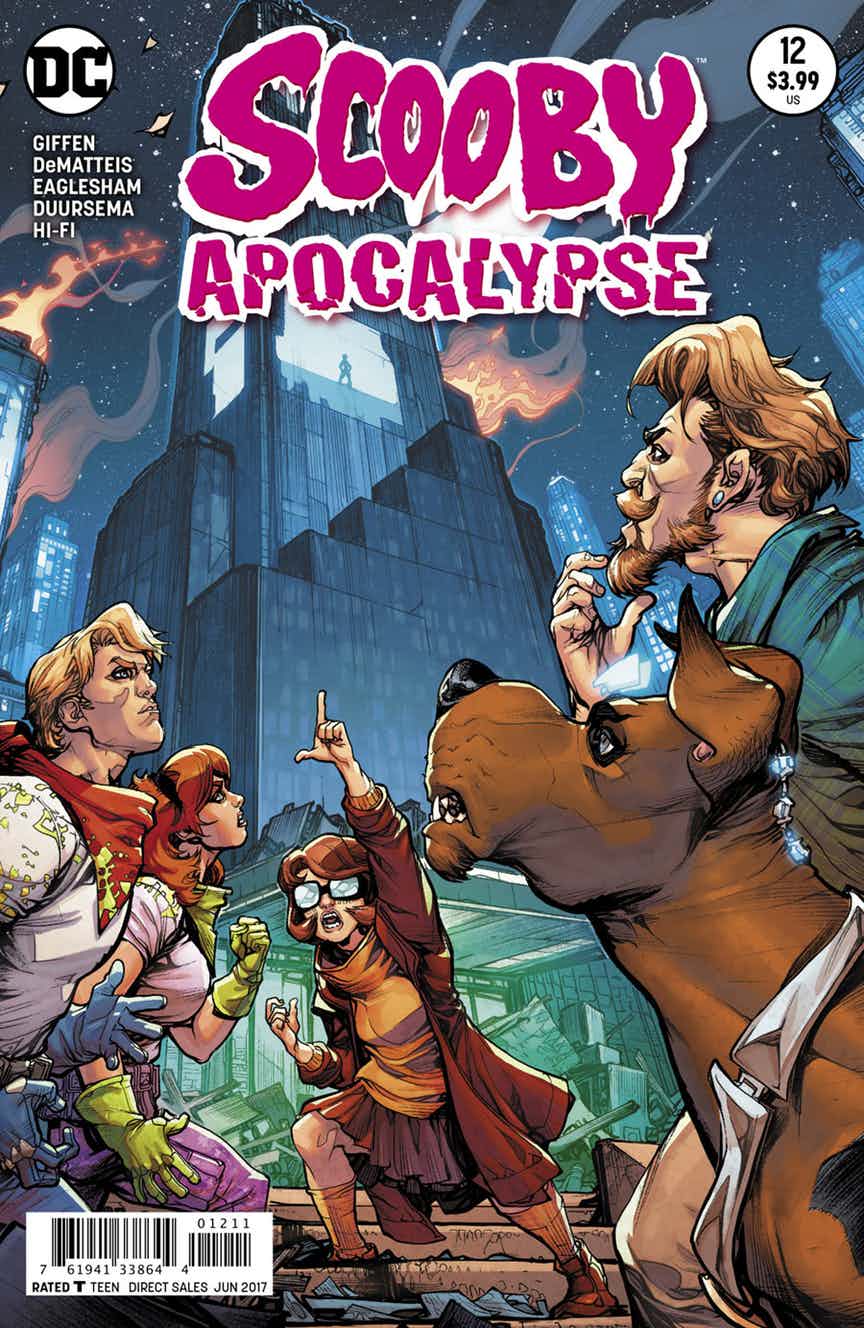 These days it’s hard to avoid political allegories in comic books. For some, it may be a bit too much, but when it’s done right it can still create quite an impact. We review Scooby Apocalypse #12. 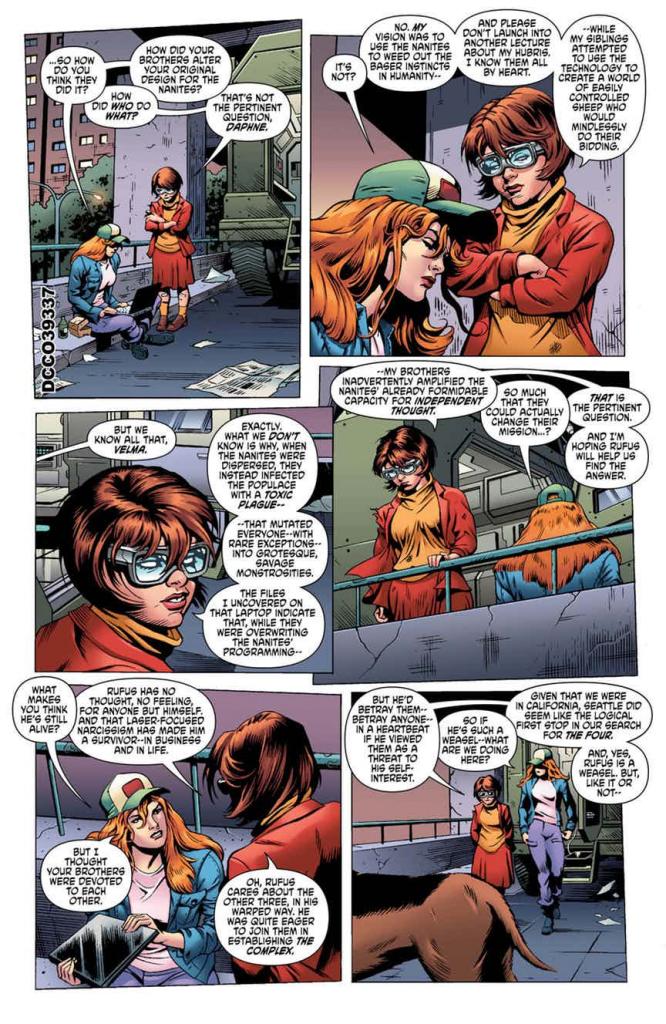 With Mystery Inc. reunited, they’ve come to accept that they aren’t just a team of survivors anymore – they’re friends, and act like a family. For Velma, the next step in setting things right is to locate another scientific complex and reverse the damage the nanites have done. Unfortunately, that means tracking down one of her brothers, the unscrupulous Rufus Dinkley.

While Rufus is content to live with his warped view of reality, the monsters slowly gather for some unknown purpose. With the monsters’ behaviour and motivations being unclear, and with Fred left behind due to his injuries, can the rest of Mystery Inc. find a way to reach Rufus? Meanwhile, in the backup feature, Scrappy Doo comes across a young survivor of the apocalypse, but what does he have planned for him?

Enter the unruly-haired Rufus Dinkley: an abusive, corrupt man of power and wealth who contradicts himself constantly in the delusional belief that he’s always right. As he sits in the high tower of a building which bears his name, joined by his latest wife, he mistakenly believes that he’s adored by the formerly-human population out there. It doesn’t take much to see parallels between himself and a certain world leader.

In a world full of bloodthirsty creatures, this human being appears to be more of a monster than any of them. 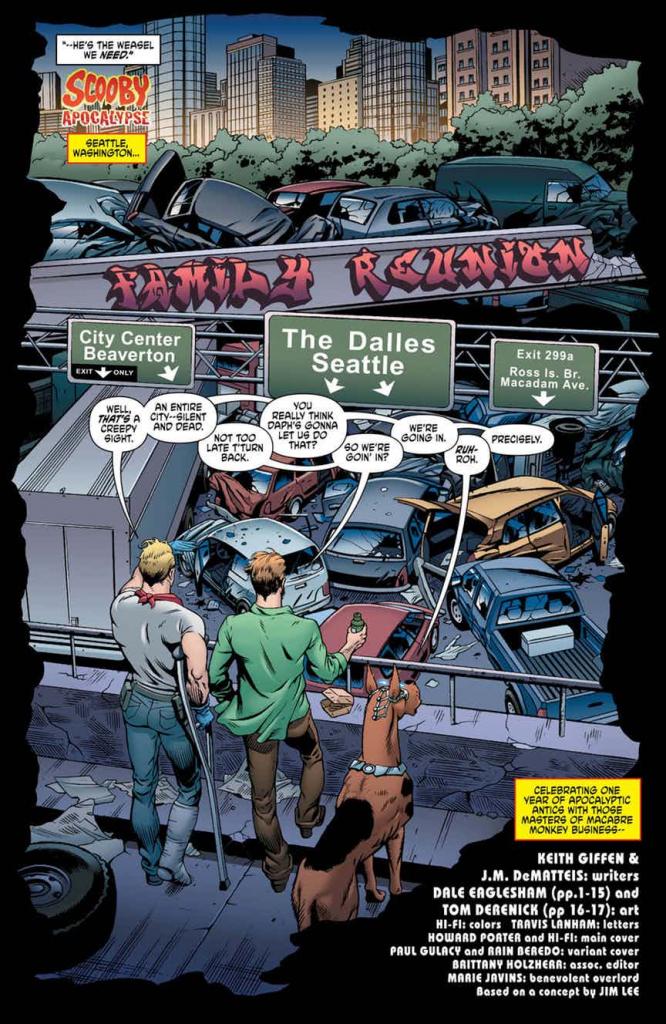 It’s an unexpected twist in the story, but an intelligent one. While the emphasis so far has been on simply writing the wrongs of the apocalypse (and presumably will return to that soon), this issue shines a rather different light on the proceedings. While this may not be the strongest issue to date, it’s certainly one of the most thought-provoking.

On the downside, the focus on Rufus in Scooby Apocalypse #12 does mean that the spotlight is taken away somewhat from our heroes. Thankfully, their moments are still personal and their bonding continues to build. None of them are stand-outs in this issue, with Scooby, unfortunately, getting the least attention but, as a group, they’re looking stronger and stronger. While the story may be more plot-building than payoff, it’s good to see that nothing is being rushed here as the pieces get moved into place.

The return of Scrappy Doo may seem an unlikely thing to cheer for those who haven’t been following this series, but once again it pays dividends. This Scrappy is proving to be an intriguing long-term antagonist. As with his last appearance, his actions are unpredictable and – once again – astonishing.

Scooby Apocalypse #12 is another solid issue blending great art and storytelling, contributing to a bigger picture which is looking better all the time. 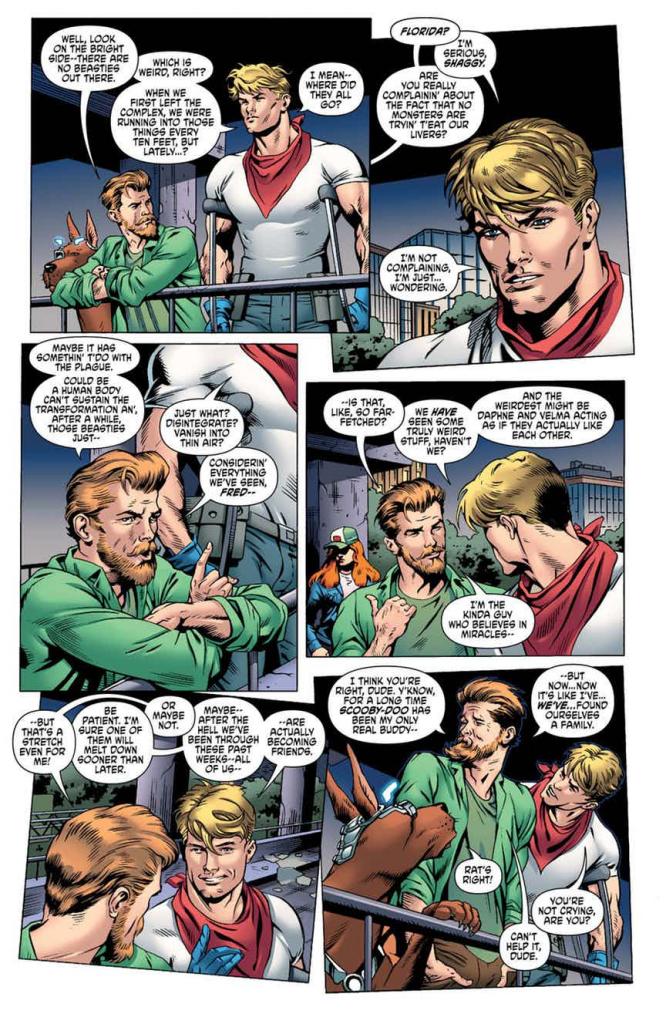