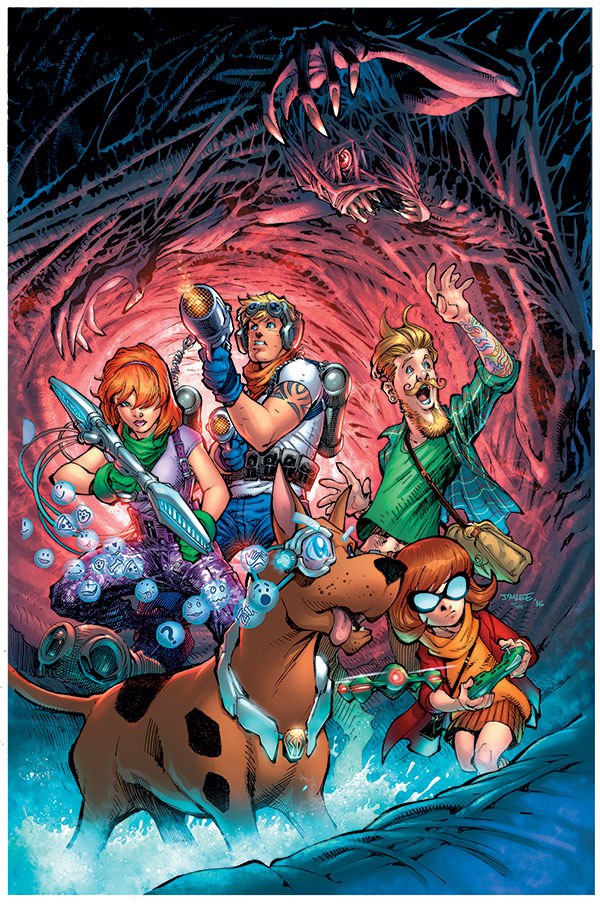 Full disclosure, Scooby Apocalypse #1 launched in May this year, so for everyone rolling their eyes at my enthusiasm, be assured that I was otherwise engaged in activities of the utmost importance (read: binge watching Game of Thrones S6). 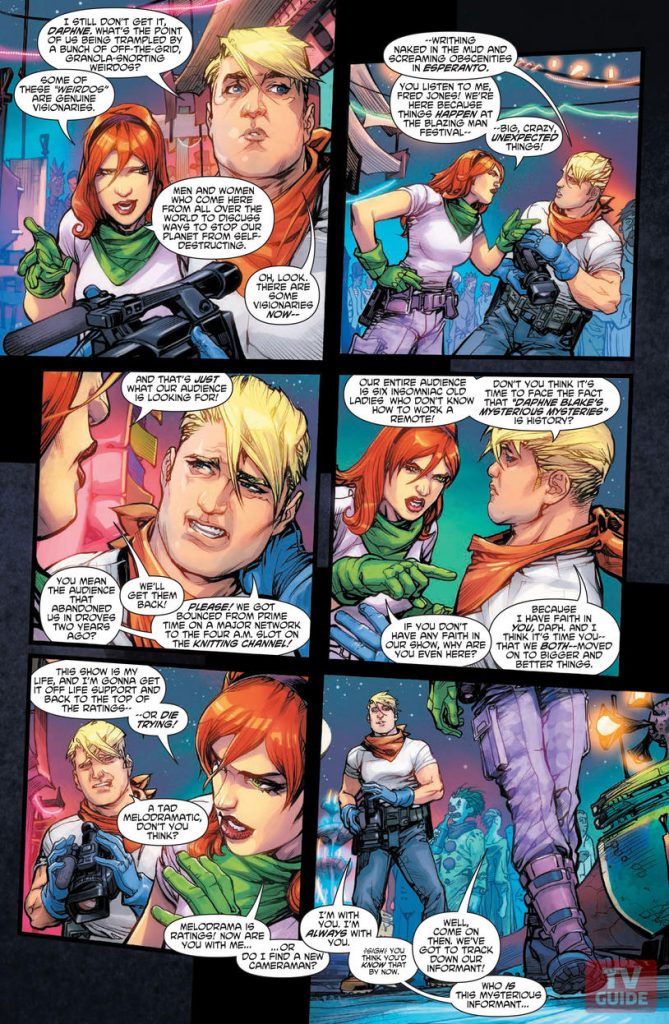 [dropcap]I[/dropcap] like to think that this is the universal zeitgeist rewarding me for the cumulative years of my life spent in front of a veritable evolution of television technology, devouring the adventures of the world’s favourite, anthropomorphized canine detective and his friends/owners (How was this issue never addressed? Was Scooby some kinda group adoption by the bunch, or just a super-intelligent stray that built a den in the back of their van and the group was like; “Jinkies, a talking dog! Lock the doors, Freddy, we’re rich!”). I actively credit the original series, Scooby-Doo, Where Are You?, for planting the seeds that would eventually take root deep in my brain, turning me into the 9th dan horror-nerd that my parents pretend to be proud of.

But this is, figuratively, literally, and literarily, a new century. Daphne is a star reporter and waning television sensation. Freddy is her camera man I think. Shaggy is a… German hipster? Scooby wears a head set in what I imagine is the writer’s attempt to story away his aptitude for speech. Also, augmented, holographic eyebrows? (Dear writers, Mr. Keith Giffen and J. M. DeMatteis; we need to have words.)

Oh, and Velma may have just ended the world. Jim Lee set his eye to the new character designs (Seems you dodged a bullet meant for two there, Keith and John…) which have been beautifully brought to life by the art of Howard Porter.

Needless to say, the monsters aren’t wearing masks anymore. Thanks to a global catastrophe, the fangs and fur are all too real now.

So gas up the Mystery Machine and let’s give it horns. I’m keen. 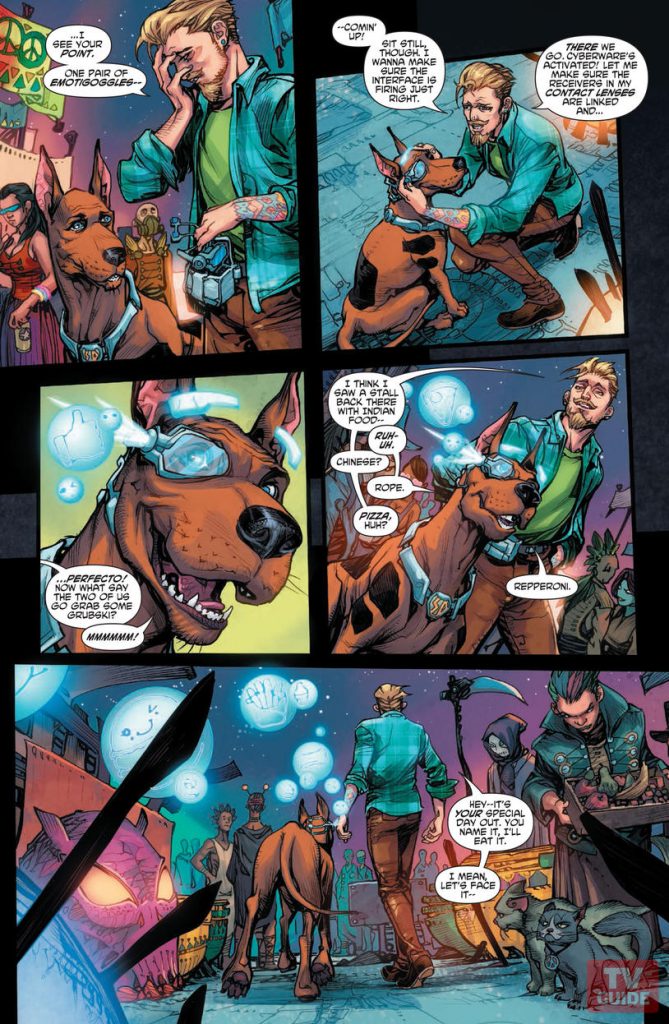