Never Mind The bollocks, Save The Constantine TV Show 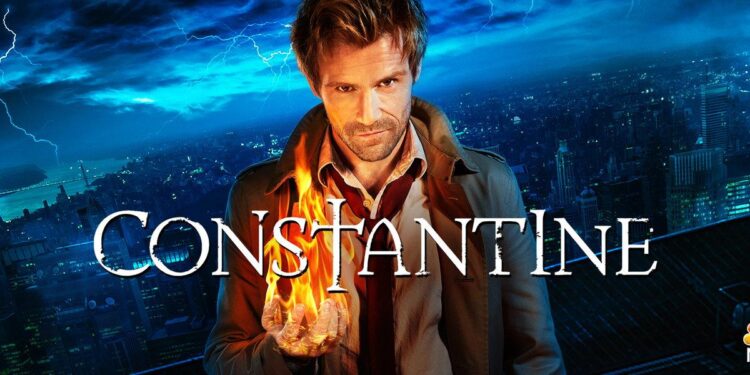 The essence of the character John Constantine is brought to the screen effectively, making this TV show based on DC’s blue-collar magical con-man one of the most fascinating adaptations in comic book history. Some of his less family-friendly habits have been reined in, from his wild drinking and smoking to his bedroom activities which has upset some, but that essence of the character is still there. Even if they still can’t pronounce his name correctly. Actor Matt Ryan has done an amazing job in playing the character though, conveying every snarky line, insult and magical mumbo-jumbo incantation with a twinkle in his eye and a sly grin that’s so typical of the original character. His matter-of-fact explanations for the wildest of events requires a suspension of disbelief, and Ryan manages to pull it off with effortless skill and style.

He’s even managed to remove the sour taste of Keanu Reeves almost completely and has replaced it with a proper embodiment of the character for the fans. That’s impressive by any standards. So what’s the problem? Why is it that just eight episodes into its first series the show has hit the mid-season break like a road accident? When the network suddenly cuts the number of episodes it wants down to an unlucky thirteen (yes, there are just five scheduled for its return) that’s a bad sign. Worse, it’s questionable if it’ll be renewed at all. Many are already embarking on twitter campaigns to save it with #SaveConstantine. But what went wrong? The shift from the pilot episode introducing the character of Liv to the second episode replacement character of Zed didn’t do much for it. Liv was irritating, and so is Zed. The Easter egg cameos and touches – from Doctor Fate’s helmet and Psycho Pirate’s mask to a pre-Spectre Jim Corrigan – don’t add anything at all because they don’t play them out. They make the real fans want more only the show doesn’t deliver it, which means they’re just a cruel tease.

Being on a separate channel from The Flash and Arrow limits the scope of Constantine’s world too, essentially taking Constantine further from the DC TV universe.

A bigger problem is that essentially it’s a supernatural horror mystery show. It’s loyal to the comic books in that regard, but for TV audiences that’s always a risky proposition. This isn’t wholesome family fare, this is a show with demons, blood-spewing ghosts, voodoo rituals… you get the idea. The episodes may have a big plot going on in the background, but for the most part they’re “monster of the week” stories. There’s little difference between this and Supernatural, Grimm and others in the same genre. It looks good but, sadly, those other shows got there first so the wow factor isn’t as impressive.

With little new to offer in the way of concept, the success of the show is mostly dependent on the attitude of it and the character of John Constantine himself. That’s a tough sell for many because he’s not a traditional hero or a particularly nice guy. He’s got a punk attitude, but that’s a part of the joy of him. Sometimes you’ve got to be punk, and it’s a breath of fresh air having a hero on TV who isn’t the usual guy you’d cheer for. The network needs that punk attitude and to understand that this is a show which won’t be number one – ever – but is still worth the effort. Like the comic book it’s based on, this isn’t a top title like Batman. It isn’t even a more average-selling title like The Flash or Wonder Woman.

John Constantine is a cult character and his comic book Hellblazer is a cult series, but the fans that John Constantine has are loyal. It may not mean much in today’s world of instant hit vs. instant cancellation, but the ratings of the show prove that someone’s watching it.

What’s wrong with the show? A few things, but nothing that can’t be fixed with some good writing. What’s right with it? The main character. In other shows that may not count for a lot but here it counts for so much because he’s magic, and in more ways than one.

Will Constantine be saved from cancellation? We’ll all know soon enough. But should it be saved?