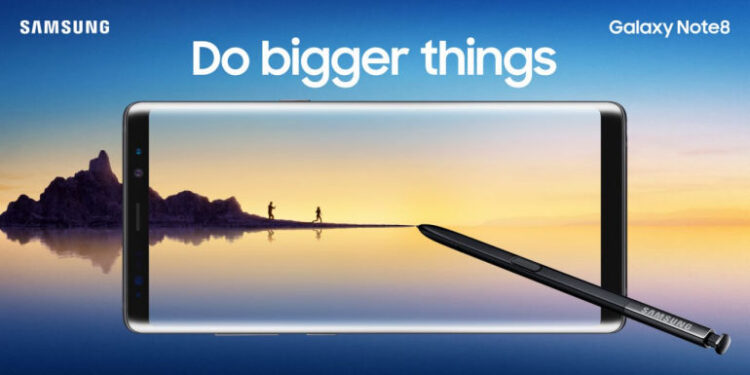 It’s been a busy 12 months for tech giant Samsung. Ever since the release of last year’s Note 7, the company has been attempting to soothe investor’s angst, while also trying to bring about a change in buyer perception. Even ahead of the Galaxy S8 launch in March, having skipped out on the typical MWC party, the company faced heavy scrutiny. Launching one of the best smartphones, Samsung quickly changed this mindset with the S8 resulting in 20 million units sold. Today’s launch of the Note 8 may have been met with even more pressure, but once again, Samsung was up to the challenge. At Park Avenue Armory in New York City’s Upper East Side, Samsung live-streamed their Unpacked 2017 event, which also ran a second feed in 360°. While there were many leaks and rumours leading up to the event (although not as many as Apple’s iPhone 8), there was still a lot to be officially confirmed for the Galaxy Note 8. The latest flagship has a 6.3″ screen, larger than last year’s Note 7 at 5.7″ and the S8+ at 6.2″, making it the biggest Infinity Display currently available. The design remains similar to that of the S8+, but comes with Samsung’s Bixby voice assistant fully active (as Samsung rolled out more regions for the service yesterday, including South Africa) and the popular S-pen stylus. A great tweak on the stylus is that users can now use the accessory even when the phone’s screen is off. The Note 8 is Samsung’s first smartphone to include a dual camera lens, which we’ve seen on the iPhone 7 Plus in 2016 and a number of other Android devices in previous years. The dual lens comes in the form of two 12MP cameras on the rear, allowing users to create depth effects on their photos, while also being able to zoom even further.

Here’s a look at the specs: