Samsung In Spotlight Again After Phone Explodes In Man’s Pocket 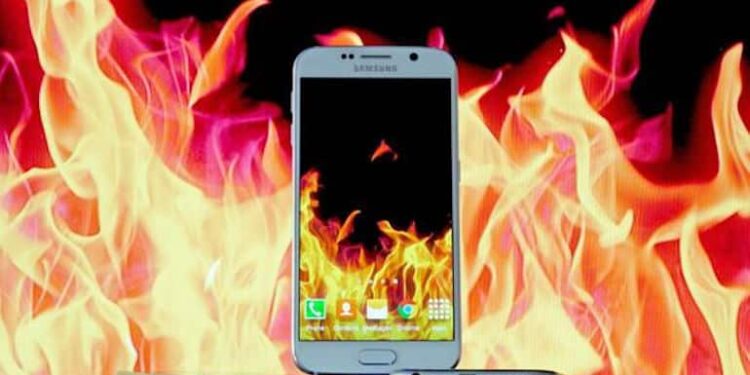 Since the global recall of the Note 7, after a number of those devices caught fire due to a battery issue, it’s been a rough 12 months for tech giant Samsung after a number of smartphone disasters. While Samsung had put that saga behind them in an uncharacteristically honest report, not common in such a cut-throat industry, the company has still been dogged by overheating and exploding phones during this time. Now, it has happened again, this time on camera.

Following the recall of Note 4 devices, due to incorrect batteries been used in AT&T replacements, Samsung quickly followed up with a confirmed reason for the issue, issuing a swift recall of the faulty devices. The latest incident, although not as widespread, is still cause for concern for the company as the explosion took place in front of a CCTV camera in an Indonesian store in spectacular fashion. The smartphone in question is the Samsung Grand Duos model released in 2013, which had been fitted with a counterfeit battery from a third-party manufacturer. Given the high costs of battery replacements, often times two to three times that of an original replacement, owners often times buy cheaper knock-offs, which could lead to such instances. Watch as the man struggles to remove his shirt after the explosion that left him a bit dazed.

Samsung had released an official statement in the country, wishing the man a quick recovery as well as to warn owners of using imitation batteries as replacements: “We sincerely wish for our customer’s swift recovery, and strongly recommend all our consumers to use Samsung’s genuine or approved batteries that have been specifically designed for use in Samsung products.”