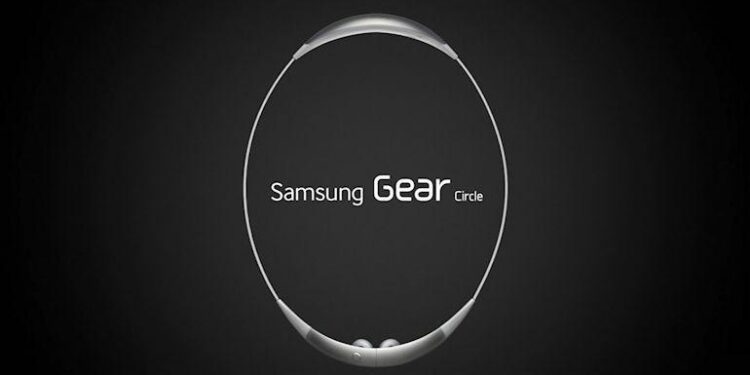 Samsung are no strangers to novel ideas, despite what many may think. The company single-handedly brought about the age of the Phablet with the Galaxy Note, and while it cannot be credited for the same with the Gear devices, the trends that were set were a marker for other OEMs to sit up and take notice. Again, Samsung has their finger in the pie with the likes of the Gear Circle, a Bluetooth headset, which doubles up as earphones and calling playback. Unfortunately for Samsung, the novelty was pioneered long before they managed to release a version of their own, with the likes of LG beating them to the punch a good 6 months prior to the Gear Circle’s launch.

As with many of the previous Gear devices that were released before the Circle, it, too, faces some challenges in its usefulness in the long run, measured against the cost of owning one. Whilst there may be a question of creative licence in its design, it’s much the same as attempting to release a touchscreen smartphone that isn’t rectangular in shape. That said, while the basis remains, fundamentally, similar, there are many difference between the two, most notably the positioning and design of the actual earphones. The LG Tone Pro has the appearance of an open necklace (or choker), with a pair of retractable earphones clipped to the neck of the device. Samsung’s Gear Circle, however, has a single-piece design, with the earphones forming part of the body itself.

While both units are essentially worn as necklaces, the end results are quite dissimilar. Although the Circle forms a complete necklace in appearance, a pair of magnets included at the tips of the earphones makes it easy to wear, use and take off. Not just aesthetic, the magnets also form part of usefulness of the Circle. When closed, and the device connected to your smartphone, the unit is in some kind of idle mode. When receiving a call, or wanting to listen to your music, simply separate the two earpieces and put them in your ear to accept the call, or play said music. And when you’ve completed, you simply to the reverse.

The earpieces themselves are quite oddly shaped. While they easily fit into your ear (with different sized options available in the contents), they’re positioned to direct sound down ear canal, which do cause some concerns in comfort. There is no physical discomfort to speak of, but rather the awkward feeling that whenever in use, the earphones would simply fall out of your ear, sending the whole unit crashing to the floor. Thankfully, this never materialised whenever I used the unit. Still, I won’t venture taking a jog with these without some kind of reinforcement to rest comfortably in your ear. I have seen a few efforts online whereby owners used rubber bands, and hair bands underneath the earpiece rubbers to bolster the unit to fit snuggly in-ear.

At the end of the day, the Circle is extremely comfortable when not in use, and can often go unnoticed for long periods of time tucked under your clothing, until you either want to listen to music or receive a call or message. There are a few additions to the contents in the form of 3 neck supports for the unit, but I didn’t care much for this, as it added a slight bit of weight, while wrapping itself around more of your neck than you’d feel comfortable with opposed to using the Circle without it. For the fashion conscious, the unit is available in black (more specifically Blue-Black), and white.

There aren’t any tricks to using the Circle. In fact, many tech devices and technologies have become so ubiquitous that almost all modern devices are pick-up-and-use equipment. The same applies to the Circle. Once you’ve figured out that the magnets are used to hang the Circle around your neck and separate to place in-ear, the on/off button is easily identifiable, while the single circular button on the top is used to pause and play music, or answer and hang up a call. The same button is also used to pair the device to your smartphone simply by pressing and holding it for a few seconds until the lights start flashing. While you are able to pair the earphones with the smartphone’s Bluetooth, it is preferable to make use of the Gear Manager software to make use of all the options available to the Circle.

With the software, users will find difficulty in adjusting the volume from the Circle, which can actually be triggered by simple up and down swipes on the right side earphone below the play/pause button. The battery pack is situated on the back of the Circle, which will hang behind your neck when worn. This is also where the unit is charged by means of a microUSB charger. Unlike most audio devices, the Circle will be judged in its performance by more than just the sound quality. That said, it’s where we start. The quality of sound generated by the earphones are decent, but stop short of great. The bass levels are good for in-ear speakers, but that’s only when the earpieces are positioned deep enough into the cavities of your ear. But once you’ve managed to sort this out (refer back to the Setup section for some advice) the sounds are pleasant. Mid-range and treble audio aren’t as pronounced as the bass, which can often drown out other audio when listen to music or watching video, but after some equaliser adjustments, you can find your desired sweet spot. When the volume is turned up, there’s little to no distortion to speak of, although the mid-range and treble sounds become more audibly tinny.

The Circle is fitted with a 180mAh battery which Samsung suggests should last you up to 9 hours of music playback, 11 hours of talk time, and a few days of standby time. While I can’t attest for the long standby times, playback can match factory results, and most likely the talk time duration as well. For normal day-to-day usage, since I wouldn’t expect anyone to be on an 11-hour call or listen to music continuously for 9 hours, you can eke out two or more days of use between charges.

Interestingly enough, the Circle is able to connect to more than one device at any point. So if you have more than one device you use on a daily basis, you can easily use them in conjunction, answering both from a single access point, the Circle. Since the Circle appears to be designed more towards the athlete, it doesn’t quite take away the requirement of having your smartphone along with you for playback. It would have been a useful feature to add a sufficient amount of storage to allow for an hour or two worth of music playback. While I did mention previously that I didn’t care much for the plastic neck supports included in the contents, they do prove themselves useful, however, when moving around any faster than walking pace. This makes it ideal for going for a run. Other features include messages being read back to you, vibrate alerts for calls and notifications from selected apps, as well as being able to pair the Circle with other Gear products. The Samsung Gear Circle is more than a decent first effort for the type of product. But given the high starting price, as it carries a price tag of around R1,100, it smacks you harder across the face than the first Gear watch released a few years back. Considering that the audio quality isn’t the greatest around, the unit relies heavily on its offering of features, which includes music playback, answering calls, and reading of messages, which aren’t that great a convenience than Samsung would have you think.

Still, the Gear Circle is capable of doing what it set out to do. If not for the high costs, the Circle would’ve been close to a must-have earphone pairing with your Samsung smartphone. The unit doesn’t quite reach the same standards as on other non-Samsung smartphones, which reduces the necessity even further.