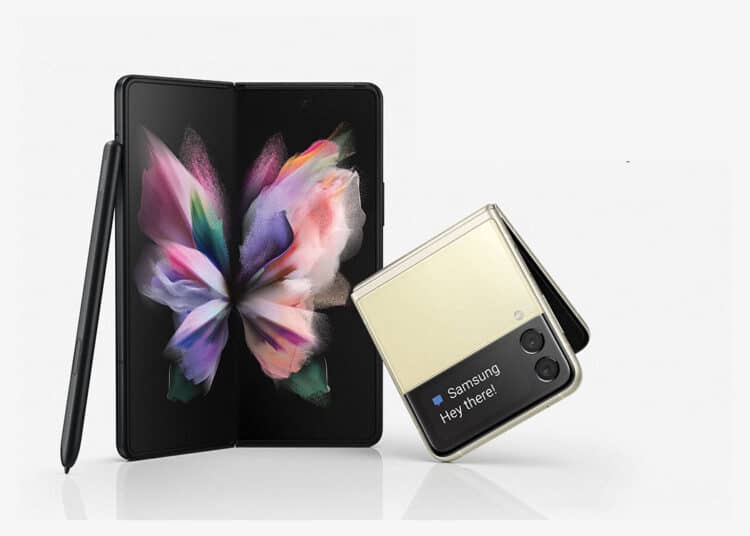 After months of speculation about the next Galaxy Unpacked event, Samsung today has lifted the lid on all things Galaxy. The main focus of today’s event was the launch of its two latest foldable smartphones, the Samsung Galaxy Z Fold3 and the Galaxy Z Flip3. Additionally, the brand also launched the iteration of their smartwatch, the Galaxy Watch4 and Watch4 Classic.

The latest range of smartphones brings with it the ultimate in productivity and immersive entertainment. Both devices also add a touch of style to your lifestyle, offering multiple colour variants and covers to choose from. They’re sleek, compact and offer enhanced features to bring out more possibilities through the ultimate portability. 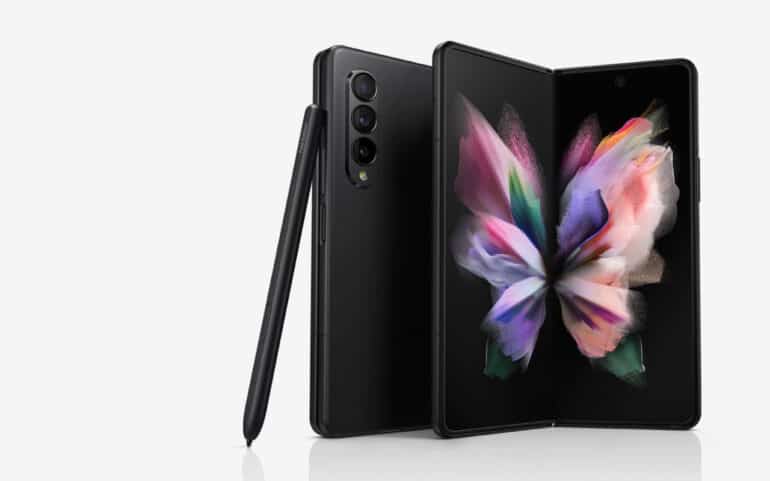 The Samsung Galaxy Z Fold3 was designed as the supreme multitasking smartphone. With its unique 7.6″ main screen, it also provides next-level performance for power users.

Its new Infinity Flex Display has a Dynamic OLED 2X panel with Gorilla Glass Victus protection on the outer section. It also has 120Hz refresh rate support, along with HDR10+ and a brightness level of 1,200 nits.

Unlike previous Fold units, the Galaxy Z Fold3 has an IPX8 water-resistant rating, for anyone looking to take their new smartphone for a plunge.

Many Samsung fans were wondering about the impact of the lack of the Note series from this year’s Q3 Unpacked event. However, the brand has managed to circumvent this with the launch of the first-ever S Pen support for a foldable smartphone. The S Pen comes in two options for the Galaxy Z Fold3: S Pen Fold Edition and S Pen Pro. The former is a standalone version of the S Pen, while the latter is available with a tie-in case that supports the storage of the S Pen. In addition to the Galaxy Z Fold3, Samsung has launched another foldable in the form of the Z Flip3. The unit expands upon the very successful Galaxy Z Flip.

While keeping the weight the same, the latest unit has a smaller frame, while offering a bigger outer screen at 1.9″ vs 1.1″ on the previous release. The foldable display features a Dynamic AMOLED 2X panel with 120Hz, HDR10+ and 1200 nits brightness. The secondary screen offers a Super AMOLED panel with 260x512px resolution.

The Galaxy Z Flip3 features the same Qualcomm SM8350 Snapdragon 888 5G chipset as the Fold3. However, it has 8GB RAM, instead of the 12GB on the latter. It also offers a tri-lens camera, but not as powerful as that sported on the Fold3.

Samsung opened the event with the announcement of the Galaxy Watch4 and Galaxy Watch4 Classic. These units bring with them a new era for the brand’s smartwatch segment. It offers the first-ever Wear OS™ Powered by Samsung.

The new OS was built in partnership with Google, which is equipped with the One UI Watch interface. It also offers the most advanced hardware for the ultimate performance to deliver a seamless experience for users.

The Galaxy Watch4 range is equipped with the latest sensors, including the ground-breaking BioActive Sensor. This sensor features a smaller design, while offering much better accuracy throughout. It is a 3-in-1 sensor, offering Optical Heart Rate, Electrical Heart and Bioelectrical Impedance Analysis.

The edition of the Bioelectrical Impedance Analysis allows users to calculate their body composition for the first time. This provides a much better understanding of your health and weight, allowing you to better plan your fitness and exercise goals. It measures your skeletal muscle, basal metabolic rate, body water and body fat percentage, all from your wrist.

Overall, the new watches provide a better experience and tracking of your fitness and sleep patterns. 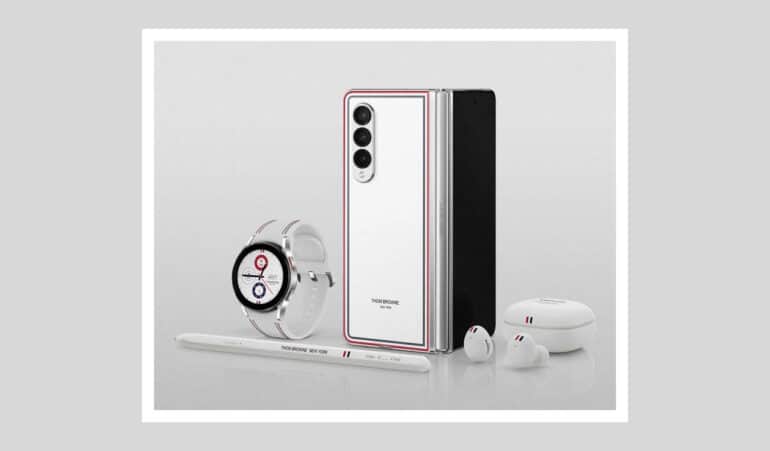 Pre-Registration is currently available via Samsung.com, as well as respective operators and resellers. Official pre-orders will start on 1 September.

As with previous launches, Samsung is offering a number of extras for any pre-orders, which includes the Galaxy Buds2, Galaxy Smart Tag and Samsung Care+ worth R5,200.

Hands on with @SamsungMobileSA new lineup: the #GalaxyZFold3, #GalaxyZFlip3, #Watch and line of exciting accessories.