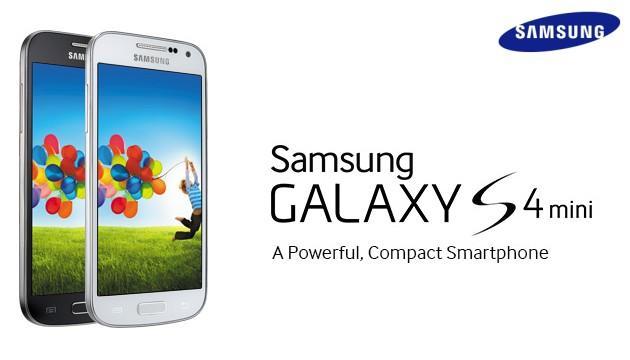 In 2012, Samsung released the Galaxy SIII Mini, which provided a low-end solution based on the design of the Galaxy SIII. While some of the hardware matched that of the original Galaxy S, the SIII Mini provided sufficient features and capabilities that would fill a gap otherwise unable to by the Galaxy Ace and Galaxy Pocket. Having achieved some level off success with the device, Samsung released the updated version a short while after the flagship, Galaxy S4. The successor, the Galaxy S4 Mini, is proof that there is definitely a market for users seeking smaller screened devices, but is the Mini just a watered down attempt at mimicking the larger, flagship device, and will pricing be the deciding factor when making your choice? The Samsung Galaxy S4 Mini resembles the look and feel of the Galaxy S4, with its glossy, polycarbonate plastic rear cover and plastic chrome edging. While the plastic does not feel as cheap as you would expect, the rear cover is something of a fingerprint magnet, requiring a wipe down after every use. Other similarities include the button layout, front sensors and camera, colours, and positioning of all ports. Picture a squashed Galaxy S4. The design may be a lot smaller than the original, but it is much easier to use in one hand.
The device ‘boasts’ a 4.3” qHD Super AMOLED display with a 960x540px resolution at 256ppi; lacking substantially below the S4 at almost double the pixel density. The colours may be bright and sharp, the resolution does not deliver much performance in terms of viewing images, videos, or running any graphics intensive games. Additionally, fonts are often too small within apps, which become pixelated as you increase its size. It is supposed that the S4 Mini provides similar hardware and software features as its higher-end big brother, but a closer look under the hood may reveal something quite different. Although there are different variants of the device, the i9190 is common in South Africa, which doesn’t include features such as LTE and NFC found in the i9195 model (only recently released), but does include an IR blaster. The S4 Mini sports a Qualcomm Dual-Core 1.7GHz Snapdragon 400 CPU, Adreno 305 GPU, 1.5GB RAM, 8/16GB internal storage (5/13GB usable), microSD port, 1.9MP front-facing and 8MP rear-facing cameras, and modest 1900mAh removable battery.

For standard use, the S4 Mini performed admirably, but suffers strain at times for more power intensive apps and games, which stutter for a few frames before returning to normal frame rates. The device ships with Android 4.2 and Samsung’s latest version of its TouchWiz UI, although slightly watered down, and often cluttered appearance. While the running the most recent firmware offers users a few additional features, it often appears to be too bulky to be used as with the normal S4. For this reason, Samsung have removed much of the features found on the S4, such as Air Gestures, Air View, Mutli-Window, Smart Pause, Smart Rotation, Smart Scroll, and NFC (as previously mentioned). These features may even be superfluous even to those running the full TouchWiz UI on the S4, and would have dramatically decreased the limited performance we already observe on the S4 Mini.

Battery life on the S4 Mini, for normal use, is often better than many of the other devices I’ve tested previously. Running a lower-specced smartphone aids the overall performance, which often has a battery life of at least two days. On the odd occasion, I could operate the device for a full three days before reaching critical levels. This, for me, was one of the standout aspects of S4 Mini.

The S4 Mini’s 8MP rear-facing camera also has a pretty decent performance, on par with many of the other leading devices, but only in well-lit shots. This means that outdoor imagery is a breeze, and looks bright and crisp. In poorly-lit areas, however, the device starts showing its ‘budget’ status, with images becoming grainier the less light there is. Unless you’re positioned at the perfect angle, you’ll often struggle to find the ideal photo under indoor room lighting.

One of the major challenges of launches a Mini variant of any device is that it doesn’t compete against the company’s other low-end devices, or even the previous generation flagship. This is exactly the case for Samsung, as there are already a few budget smartphones within their roster, not to mention the, now, lower price point of the Galaxy S3, which still manages to hold its own against some of the leading contenders; something you won’t find on the Galaxy S4 Mini. It’s no surprise, then, that the S4 Mini hasn’t been fairing too well in the market compared to the S3 Mini, which was more of a novel idea at the time.

After all is said and done, the device still has a few pretty decent features thrown in that you won’t find on the other budget smartphones, even from Samsung’s perspective. This makes for a quite a conundrum for Samsung, as the device’s potential is there to be seen, but without many sales, there’s no doubt why Samsung has lowered the pricing in some regions. A really enjoyed the Galaxy S4 Mini, and I would definitely recommend one if you manage to find a good deal during the festive season (below the R4,500 RRP), and you’re not willing to dish out on a new S4.