The Samsung Galaxy S20 FE 5G promises to be the smartphone that every fan wants. Does it live up to the promise? 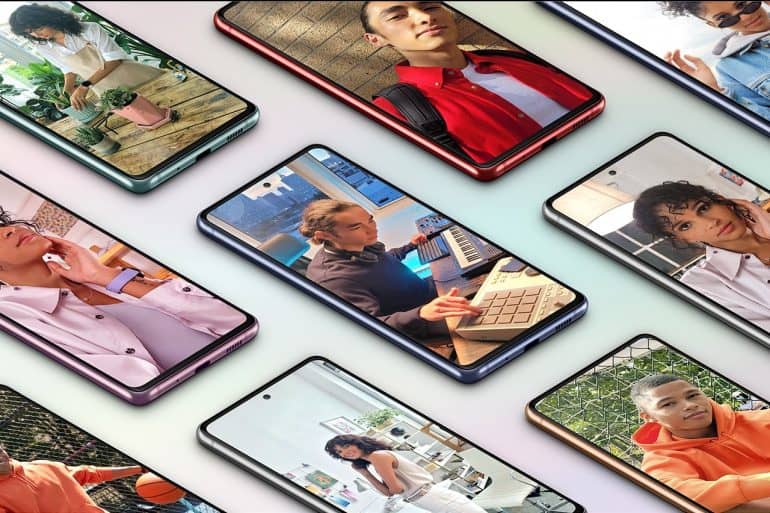 Flagship smartphones have been a bit of a hard sell in 2020. And it’s not just due to the economic downturn. Pricing for the leading flagship phones continues to climb every year with no end in sight.

Fans of each respective brand have suffered the most for it. With many premium line-ups surpassing the $1,000 mark – and above R25,000 on South African shores – there was always going to be a turning point.

With a slight decline in sales year on year, manufacturers would be best suited to find alternatives to these rising premiums. Samsung has come up with an idea to offer its fans a uniquely positioned smartphone. It promised all the power and performance of the Galaxy S20 at a more affordable price.

Yes, the FE stands for Fan Edition. And why not? Samsung promises to deliver everything the fans want, stripping out some of the over-the-top and unnecessary elements, to compete at a midrange price point. What’s not to love? 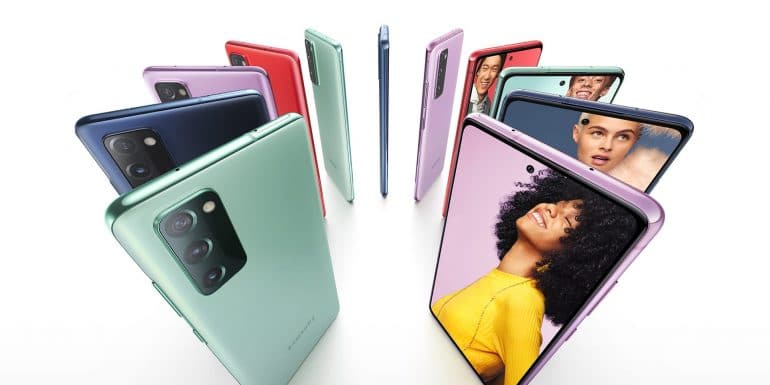 Given its more affordable price tag, the easiest option to reduce costs is to trim down that premium build just a touch. And that’s exactly the case here.

The Samsung Galaxy S20 FE 5G has the typical Samsung design. Compared to the Galaxy S20, there are more similarities than there are differences. However, it’s slightly larger overall. This includes its thickness and weight. Most notably, however, is the larger bezels around the screen.

Thinner bezels and a larger screen-to-body ratio are key indicators of a premium smartphone. Compared to many leading flagships, the Samsung Galaxy S20 FE isn’t inherently bad. Compared side-by-side with its predecessor, it’s made to look like a midrange smartphone. 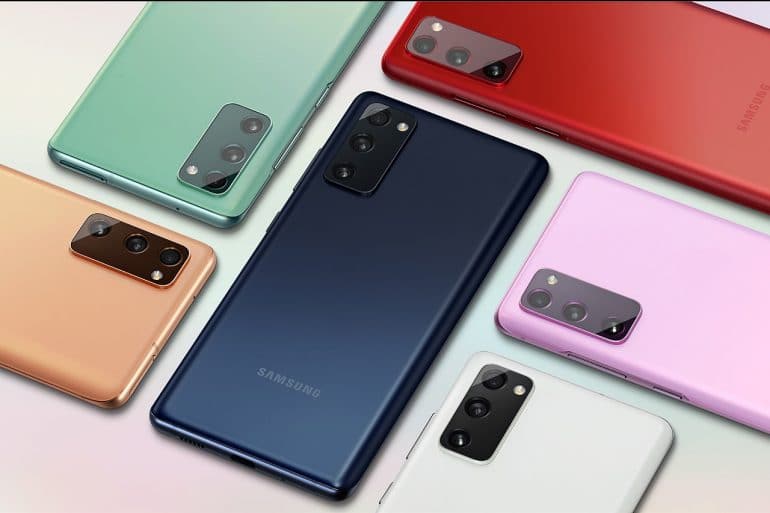 The rear has a lot more plastic – or polycarbonate to be more precise. This instead of the typical glass rear it uses on its other flagship products. That said, it doesn’t feel of poor quality in hand. Samsung did a great job of adding a few touches that give the impression of a more premium-looking device that it is.

For example, the edges are curved around the sides with a high gloss finish to give it the aesthetic. It may not feel that way in hand, but it does look it.

Being a Fan Edition smartphone, you’d expect there to be some fan service. This comes in the form of a multitude of colour options. Six to be specific. You can pick from Navy, Lavender, Mint, Red, White and Orange.

Having received the Navy offering for review, and if I were buying the Samsung Galaxy S20 FE, it would be the colour of choice. The dark colour makes it look a lot more premium in my view, more so than the other offerings, but the variety means that more buyers would have their preferred colour, too.

There are other features that still remain, such as the IP68 rating, which means you don’t have to worry about a dunk in the pool this holiday. It can comfortably sit there for up to 30 minutes if need be, but you’d probably not want to test that out. 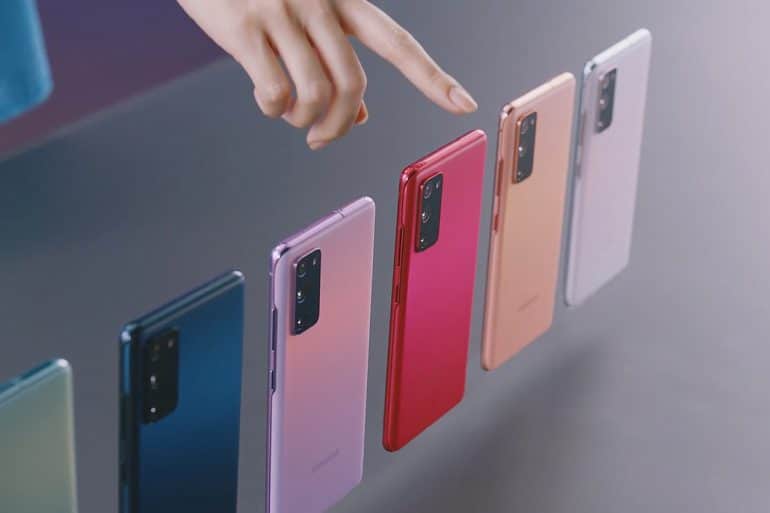 When it comes to the screen and display, Samsung did a lot of tweaking here. It took away some of the more premium features while adding in a few others to still deserve the title as a flagship smartphone. It’s all about balance.

For starters, the screen is larger than the standard Galaxy S20. The Samsung Galaxy S20 FE 5G bumps the screen up some 0.3” to a decent 6.5” screen size.

While it may not offer Samsung’s latest display technology, it still has a Super AMOLED display, which supports 120Hz and HDR10+. These last two items are key for the best picture and video quality, something that fans will definitely appreciate still remains on the device.

The overall resolution has dropped from 1440x3200px to 1080x2400px. The result is 407ppi density versus 563ppi. Even when comparing these two smartphones side-by-side, you’d find it hard to notice a significant difference. For those who don’t have a trained eye, it wouldn’t really matter at the end of the day. But this reduction is significant in reducing the price, an important aspect of the Samsung Galaxy S20 FE.

Another of the cost-cutting measures is the screen’s actual design. Where Samsung’s leading smartphones often sport a curved edge screen in recent years, the Samsung Galaxy S20 FE 5G doesn’t. It’s a fairly straight panel, which again, would reduce the costs in manufacturing. Another of these cost-saving measures is the switching out of the Gorilla Glass 6 protection on the front and rear.

One area you don’t have to have concerns about is the performance. Samsung has fitted the exact same Exynos SoC as the international variant of the Galaxy S20.

When it comes to benchmark tests, the Samsung Galaxy S20 FE beats both the S20 and S20 Ultra and all but the single-core tests. Multi-score, graphics and other benchmark tests are all in favour of the new smartphone. A big reason for this is the reduced resolution, which means less computational power is used to light up those extra pixels. In fact, the results are good enough to land it solidly in the top 10 for most Android smartphones.

Thanks to its larger frame, Samsung managed to squeeze in an extra 500mAh of battery capacity. Its 4,500mAh capacity is the same as on the Note 20 Ultra and S20 Ultra o boot. And it has impressive results. Video playback has an average time of around 15 hours of Wi-Fi browsing with multiple tabs around 14 hours. This is roughly two hours more than the S20 Ultra on similar tests.

There are, however, two aspects of the general usage that bothers me about the Samsung Galaxy S20 FE 5G. For starters, some activities cause a fair bit of heat. It’s not overheating per se but runs hotter than one would expect for the task performed. This means that battery life doesn’t last as long for these specific tasks.

The second of these is the charging time of the battery. While the smartphone supports Super Fast-Charging at 45W, the included charger only supports 25W. From 0%, only gets to around 35% after 30 minutes and around 100 minutes to fully charge. Compare this to S20 Ultra at under 60 minutes and you see the concern.

Given the cost-cutting initiatives and the budget-conscious buyers, I don’t think there would be many forking out additional for a 45W charger. 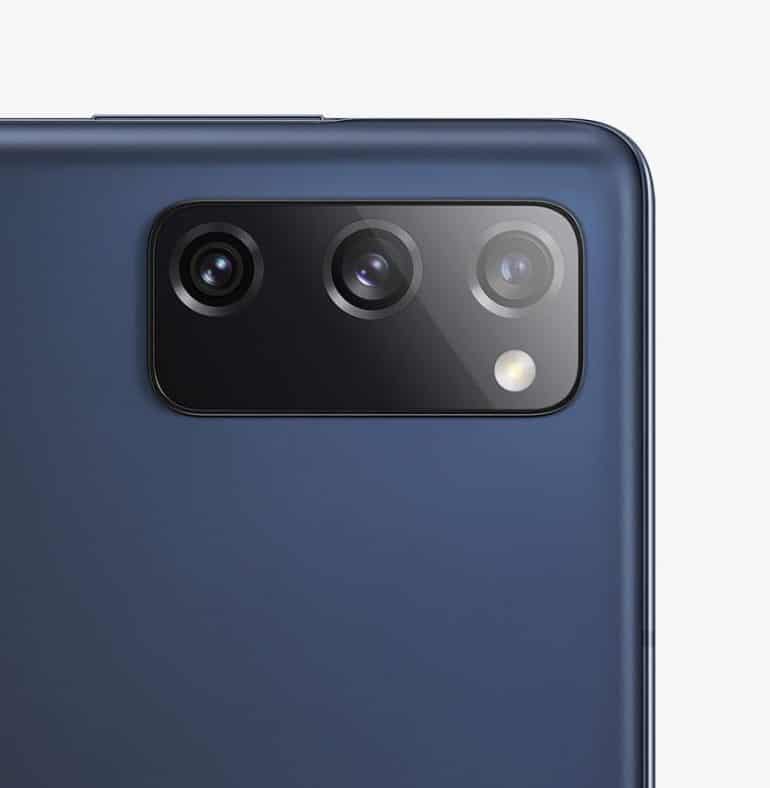 As with the display, there’s a lot of give and take when it comes to the Samsung Galaxy S20 FE’s camera.

It still sports a triple-lens camera on the rear. The primary lens is identical to that on the Galaxy S20. The second camera (telephoto) is reduced from a 64MP lens to an 8MP variant.

This means that there’s concern over its zoom capabilities. That said, it does offer a 3x optical zoom and 30x digital zoom compared to the S20’s 1.1x, which means the overall quality of the image would be better, although not offering the same maximum amount of pixels available.

Then, the third camera (ultrawide) again is similar to the existing. 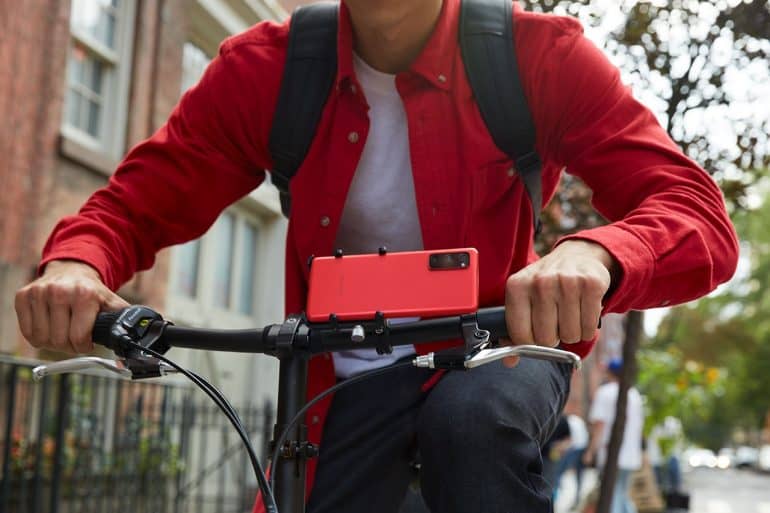 The front-facing camera receives a massive bump. It jumps from 10MP to 32MP capture. It does, however, drop the Dual Pixel PDAF, which means less automatic focus capabilities.

On the whole, there’s not a great deal to choose between the S20, S20 Ultra and S20 FE camera results. By all accounts, the S20 Ultra delivers the best overall. That doesn’t mean to say that the S20 FE doesn’t deliver in some aspects. It has slightly better results with sharper images on the wide-angle shots. It’s a bit down on overall brightness and colour saturation compared to the Ultra, but that’s nearly twice the price.

While the Galaxy S20 supports video capture up to 8K, the Samsung Galaxy S20 FE 5G only supports 4K at 60fps. The former again wins with the 1080p resolution, offering 240fps compared to the former’s 60fps. Not great then for content creators who would typically use their smartphones for video capture. It’s not the end of the world, however.

Overall, then, the Samsung Galaxy S20 FE smartphone is a great device. Scrapping some of the aesthetics and some features has allowed Samsung to position this previously flagship smartphone among the upper mid-range devices for 2020. It does not compromise on internals and performance, while also receiving a welcome boost on battery life.

When the S20 first launched, retail pricing came in at R18,999, which quickly jumped to R21,999 when the exchange rate took a nosedive.

The pricing here makes it a huge selling point compared to the majority of flagships on the market today. The Samsung Galaxy S20 FE 5G is the ideal option for those content creators on the go.

If you’re looking for a flagship smartphone on a mid-range budget, the Samsung Galaxy S20 FE is the only option on the market for you. While some features and design elements received the boot to save on costs, there’s no compromise on performance. It’s a great buy!