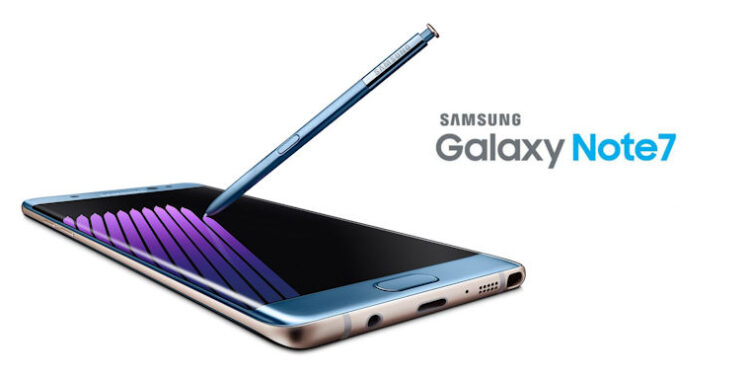 As the old idiom goes, “there are only two certainties in life, death and taxes.” But in more recent times, there’s almost all certainty that the likes of Apple and Samsung will release their next iterations of their smartphones at roughly the same time each year. The season for the announcement of the new Galaxy Note is upon us, and Samsung has not disappointed, having recently announced the Galaxy Note7.

For those keeping track, the first thing you’ll notice is the jump from the Note5 to the Note7, as Samsung has decided on skipping the Note6 moniker to align the brand alongside that of the Galaxy S7. The 5.7″ extends the premium line of phablets, while introduces a few new features not before seen on the Note range. For starters, the device now offers an IP68 water resistant and dust proof capabilities. One of the most talked about features is its new Iris Scanner, a security feature, which, in short, unlocks the device with your eyes.

The Note7 sports the same Exynos 8890 chipset found in both the Galaxy S7 and S7 Edge. The Octo Core CPU has four Samsung M1 cores at 2.6GHz and four ARM Cortex-A53 cores at 1.6GHz. The specifications also includes 4GB RAM, 2560x1440px dual-curved display, with the new Gorilla Glass 5. The Note7 also includes the same camera, a 12MP rear-facing, f/1.7 aperture, 26mm lens, with phase detection autofocus, OIS, and LED flash. The device also has wireless charging capabilities and USB Type-C port, with Samsung also including a Type-C to microUSB adapter in the contents. The 3500mAh battery is slightly less than the 3600mAh fitted to the S7 Edge, but reasonably more than the 3000mAh fitted to the standard S7. The Note7 will be offered with a minimum 64GB internal storage.