It seems that the re-mastering of last-gen games is a trend that is not going to disappear quickly. Saints Row IV re-elected is another of these games. It has been remastered for current-gen consoles and includes all of its DLCs as well as the stand-alone game, Gat out of Hell. The Saints Row series has always been an over the top, open-world experience, liberally dusted with a great and sometimes crude sense of humour.

This formula has been changed up a bit in Saints Row IV. The game starts off with “The Boss” (the character you play), who has been elected as the President of the United States, on his way to a media briefing. Along the way, you are asked by one of your aids if you would like to cure cancer or stop world hunger. This is just the tip of the ridiculousness that is Saints Row IV. Just as the President reaches the press briefing, a race of aliens called the Zin decide to invade earth. After the President tries to stop the onslaught of aliens, he is captured by their leader Zinyak. When the President wakes up he finds himself in a simulation designed to hold the prisoners of the Zin. It is your goal to rescue his friends and defeat Zinyak.

The fun part? While in the simulation you find that you are faster than a speeding bullet and able to leap tall buildings in a single bound. That’s right, Saints Row has gone from an open-world game to an open-world superhero game. While in the simulation you have access to these powers, which include; telekinesis, elemental blasts, super speed and the ability to jump really high. These abilities can be upgraded by collecting data clusters. Collecting these clusters became a fun distraction as they are littered throughout virtual Steelport. The mini-map of virtual Steelport is packed full of side missions that kept beckoning me off the main story path.

Having these powers makes you feel like having the god mode cheat on. It is great fun and one of the best parts of the game. The downside to having these powers is that I found myself rarely using any of the multitudes of vehicles to be found in virtual Steelport. It is just a lot quicker and more fun to traverse the environment using your powers. Some may also find that the weapons also become a bit redundant. Who would use a gun if they can shoot fire blasts from their hands? This said I did, however, enjoy the more “creative” weapons. From the one-hit one kill Disintegrator to the ludicrous Dubstep gun each of them was a blast to use. Some of the main missions have you rescuing your friends from their own virtual prisons. These are great, as the game uses these missions to poke fun at other games like, Metal Gear Solid and you even take part in a monster battle just like Godzilla used to. The humour in the game tends to be stupid but in a smart way, from the manner in which parodies other games, to the banter between characters, each joke and reference is handled with a degree of intelligence, and had me laughing out loud on numerous occasions.

I did find that the missions that take place in the real world had a tendency to be a bit jarring. This is due to the fact that you do not have access to your powers when on these missions. Suddenly you go from running faster than a speeding bullet, to jogging along at a slow pace. This just indicates how much fun the part of the game is that gives you access to these powers. Special mention needs to be made of the character editor which allows you to create almost any character you can think of. I used the editor for hours trying to make my Hulk character look just right.

I enjoyed my time with Saints Row IV re-elected a lot more than I thought I would. Using your superpowers to leap tall buildings and set aliens on fire is great fun. The virtual world of Steelport is full of distractions to keep you busy for quite a while. Switching up the Saints Row formula was a great idea, as the game feels fresh without losing its sense of humour, which is so important in a Saints Row game. If you haven’t played Saint Row IV on last-gen consoles and you have a current-gen console this is the version to get. The fact that it comes with all the DLC included is a great bonus. 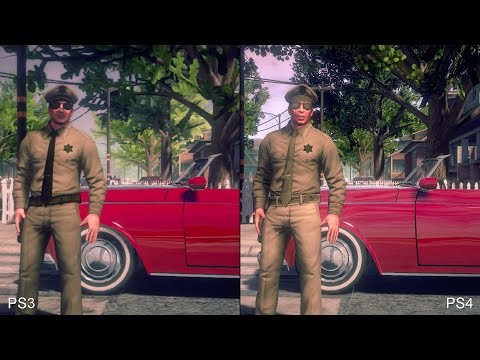 Gat out of Hell

Where do you go from having superpowers in a virtual Steelport? Well to the depths of Hell of course. Johnny Gat and Kinzie have to save “The Boss” from marrying the Devil’s daughter. To do this, they must venture into Hell, to the city of New Hades and recruit Kiki & Viola DeWynter, William Shakespeare, Blackbeard and Vlad the Impaler. They have to convince them to become their allies. Recruiting these allies require you to complete missions for them. Unfortunately, these tend to feel like side quests rather than fully-fledged missions. After a while, it started to get a bit repetitive. This makes Gat out of Hell feel more like a collection of mini-games rather than a fully-fledged game.

The first thing you notice when reaching New Hades is that you no longer have superpowers. Instead, these are replaced with arcane powers. They range from summoning demons to turning your foes to stone. Most of these are just upgraded versions of the powers found in Saints Row IV. At first, I missed the super speed and jumping, that all changed once Johnny got his “Angelic wings”. That’s right, who needs super speed when you can fly. I did find the flying great fun although it did seem a bit twitchy at first. The game introduces a few new weapon types like the minigun equipped armchair and the Ark of the Covenant. These ludicrous weapons are a lot of fun to use and makes combat more enjoyable.

New Hades feels like a re-skinned version of a smaller Steelport. Much like Steelport New Hades is filled with collectables to upgrade your powers with. The new flying mechanic made getting these a blast. The side missions in New Hades are just re-hashed versions of those found in Saints Row IV. These are still fun, but I would have loved if there were a few new mission types.

Visually the game mostly looks last-gen and feels a bit rough around the edges. I did experience some slowdown during play.

I have to mention that I did miss the character editor from Saints Row IV. Gat out of Hell takes about 5 – 6 hours to complete. The fact that it is included on the Saints Row IV re-elected disc is great, but as a stand-alone game it is a bit of a disappointment. Gat out of Hell takes all the fun elements of Saints Row IV and replaces it with elements that repetitive and dull (although the flying mechanic does add some enjoyment). Mention has to be made about the Disneyesque musical number in the middle of the story; I just wish there were more such moments in the game. I never found myself laughing out loud as I did with the other Saints Row games. Overall Gat out of Hell tends to feel more like a chore and less like the type of fun you would expect from a Saints Row game.