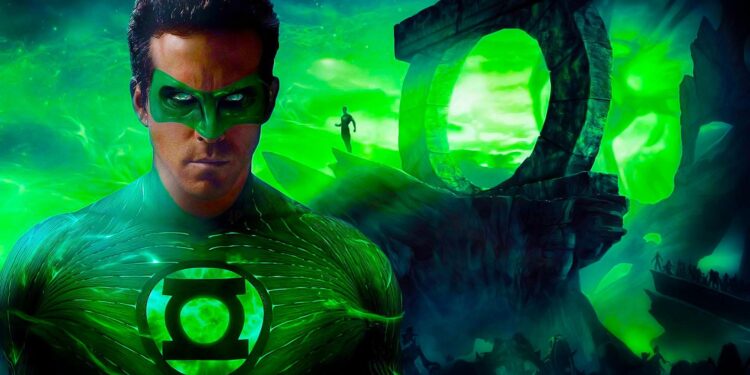 Before he rocketed to superstardom as the Merc with the Mouth, Ryan Reynolds made his superhero film debut as Green Lantern in 2011.

But unlike the Deadpool franchise, Green Lantern was heavily criticised by fans and critics alike, resulting in poor earnings at the box office.

In spite of the criticisms, Reynolds doesn’t shy away from the failed movie. He’s actually been a pretty good sport, always making jokes about it to the delight of his fans. So it comes as no surprise that the actor has taken another amusing shot at the movie.

Reynolds latest attempt to break the internet comes in the form of the Reynolds Cut, a 27-second clip of a re-imagined Green Lantern. The clip features Tom Cruise as the intergalactic law enforcement officer. Cruise is a great choice since the first half of the movie has some serious Top Gun vibes. (It also serves as a reference to rumours that Cruise had been approached to star in a Green Lantern reboot.)

“Here’s the secret Reynolds Cut of GL you all haven’t been waiting for,” Reynolds wrote on Twitter. “In order to make it as great as possible, we made some judicious cuts.”

The video begins with the end credits sequence from Deadpool 2 in which Reynolds gets his head blown to pieces by Deadpool after reading a copy of the Green Lantern screenplay – implying that the movie never happened.

The clip then races through all the major moments from Green Lantern with expert comedic timing. Before ending with a shot of the Justice League (who are clearly watching Hal Jordon fight off the bad guys), viewers get to see Tom Cruise edited in as Hal Jordan.

Here’s the secret Reynolds Cut of GL you all haven’t been waiting for. In order to make it as great as possible we made some judicious cuts. pic.twitter.com/B2tUelctr8

Although it probably wasn’t great to have starred in such a high-profile failed movie, Ryan Reynolds has more than proved his worth as an awesome leading man and superhero since then. And let’s not forget that he met his wife, Blake Lively on the set of Green Lantern – so, silver lining.