Home > Uncategorized > Watch: Ryan Potter Made A Video To Showcase His Talents As Robin

Watch: Ryan Potter Made A Video To Showcase His Talents As Robin

These days a video on Youtube showcasing your fighting talents might be just what’s needed to prove your worth. That’s exactly what Big Hero 6 actor Ryan Potter is doing in order to prove that he should be the next Tim Drake/Robin.

Last week we reported that Ryan Potter has been campaigning to get a spot in Ben Affleck’s Batman as Robin. Now, the actor has taken the next step in convincing the powers that be that he should get the part. Here is a fighting scene he has filmed.

After the fight sequence is over, Potter sits down in front of the camera and directly asks Affleck to consider him for the role of Robin. “Hey Ben, like Tim said, Batman needs a Robin.”

The 20-year-old tweeted to Ben Affleck recently saying, “Asian American Tim Drake adds diversity to Justice League cast.” Unfortunately, Affleck has yet to reply. However, it seems a ton of fans are getting behind the actor. Tim Drake has a real nice ring to it.

Personally, I’d rather see Ryan play Damian Wayne. His look seems to match the character perfectly. What do you think? Does he deserve a spot in the DCEU? 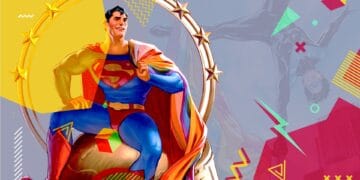