Ryan Gosling Wants To Play Ghost Rider In The MCU 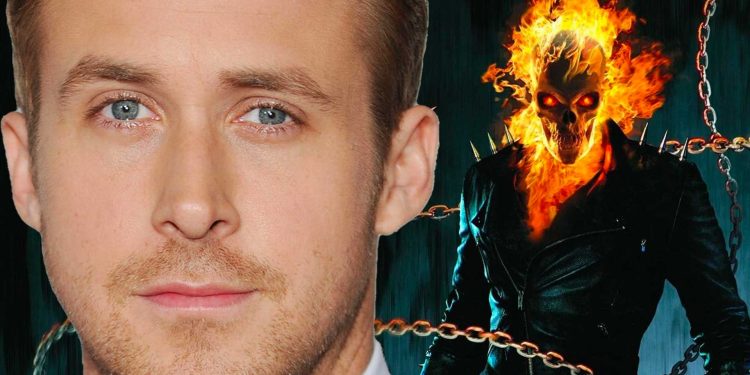 After rumours surfaced that Ryan Gosling might be joining the MCU, he shared which Marvel character he would like to play: Ghost Rider.

It’s been four years since Ryan Gosling was last seen on screen, and suddenly he is making a flurry of a comeback as he is currently doing the rounds in press tours for The Russo Brothers’ Netflix Action film The Gray Man which will be shortly followed by Gosling starring as Ken in Greta Gerwig’s Barbie next year. The actor is often thrust into action roles such as when he acted in Blade Runner 2049. Gosling has played some excellent roles in his past such as the iconic The Notebook, starring as Neil Armstrong in Damien Chazelle’s excellent First Man, and even some odd comedic roles like The Nice Guys.

The Gray Man will be airing in theatres on 15 July 2022 and should be up for streaming the week after on Netflix.

It’s common for well-loved actors to eventually encounter the fan question of who they would like to play, should they be allowed to join the Marvel Cinematic Universe. In an interview, Ryan Gosling discussed the idea of him playing a role in the MCU in the future.

This discussion was brought about on the back of a rumour that has sprung up that he is signing on as the cosmic superhero Richer Rider, rather known as Nova, in the developing Nova film. In an interview with Josh Horowitz, Gosling quickly shot down the rumour that he would be playing Nova, and instead suggested that he had a very different role in mind for himself in the Marvel Cinematic Universe.

The next day, well after the interview had ended, Gosling tweeted Josh Horowitz and shared that he would be far more interested in portraying Johnny Blaze, aka Ghost Rider.

Ghost Rider was most recently brought to life in live action by Gabriel Luna starring as the Robbie Reyes iteration of the superhero on the Marvel Television series Agents of S.H.I.E.L.D. There were originally plans for a Ghost Rider spinoff show starring Gabriel Luna reprising his role, however, the plans were abandoned before Marvel Television was brought into the fold under Marvel Studios back in 2019.

The world has seen its fair share of superhero movies that didn’t do as well as we had hoped they would, especially when it comes to well-known heroes that have a lot of fan expectations attached to their reputations when becoming a movie or television adaptation. Perhaps Ryan Gosling’s interest in portraying Ghost Rider will inspire Marvel Studios to make another iteration of the ghostly bike rider.

Do you think that Ryan Gosling would make a good Ghost Rider?