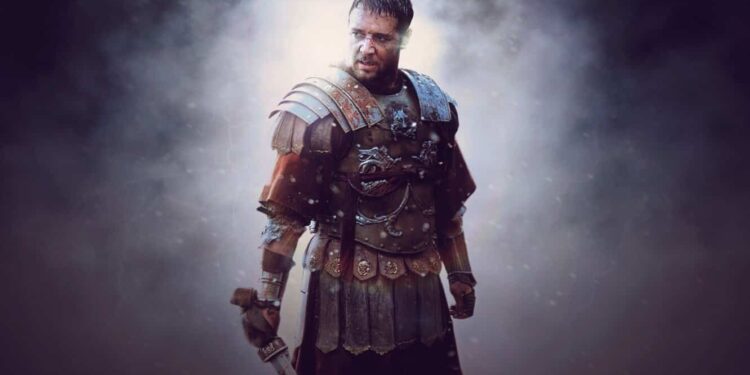 It’s been twenty years since Ridley Scott’s epic historical drama hit cinemas and dominated at the Oscars. Ever since then rumours of a Gladiator sequel have been circulating. And now the movie’s star, Russell Crowe has shared his thoughts on the possibility.

In an interview with E! Online, the Oscar-winning actor said…

“I can tell you those conversations have been going on since the last day of shooting the last one. And there’s been a lot of different ideas of approaching things.”

“But I keep being like this sort of party pooper when I say… I just wanted to remind you I died in the first one.”

As fans will remember, Crowe’s character, Maximus Decimus Meridius, died at the end of Gladiator and joined his family in the fields of Elysium.

But Crowe says Maximus’ death doesn’t necessarily get in the way of a Gladiator sequel.

“So, I don’t really know. This far away, could we play with that? We could…”

And he’s not wrong! 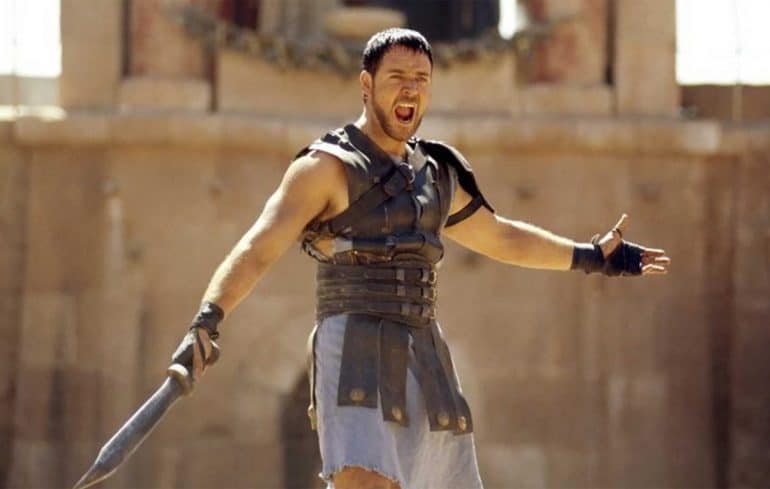 “I know how to bring him back. I was having this talk with the studio – there is a way of bringing him back. Whether it will happen I don’t know. Gladiator was 2000, so Russell’s changed a little bit. He’s doing something right now but I’m trying to get him back down here.”

Additionally, producer Doug Wick shared an update on a Gladiator sequel last month, revealing that Scott was indeed working on it.

In a discussion with Comic Book, the Gladiator producer said Scott would love to do it. It’s just a matter of getting a script written.

“Everyone [involved with the original] loves the movie too much to ever consider cheaply exploiting it and making something that’s a shadow of it. It’s just really a clear creative problem, working on a script, and if we can ever get it to a place.”

“Ridley’s working on it, it’s really just a question of whether we can get it to a place where it feels worthy to make it. It’s a real challenge, but it’s also a real writing problem, too.”

According to reports, the Gladiator sequel will follow Lucius, the young son of Lucilla and grandson of Marcus Aurelius. (Lucius and his mother were saved by Maximus when he avenged his family).

The screenplay will be written by Peter Craig (The Town and The Hunger Games), with Ridley Scott returning as director.

Official casting and production dates have not been announced yet.

Do you want a Gladiator sequel?