As E3 2021 draws closer, whispers and rumours about new and upcoming games have become more frequent. The latest of these includes a leak for what seems to be a map for Rockstar Games’ GTA 6.

Check out the map here.

Although there have been a lot of rumours regarding the GTA 6 map (some of which has been circulating the web since early 2020 already), many have surmised that this current leak proves that the next game in the Grand Theft Auto franchise will definitely take place in Vice City. In fact, multiple rumours, leakers and insiders have also confirmed this.

Furthermore, judging by the recently leaked map and a few discussions on Reddit, the size of GTA 6‘s Vice City would be a tad smaller than GTA 5‘s Los Santos. 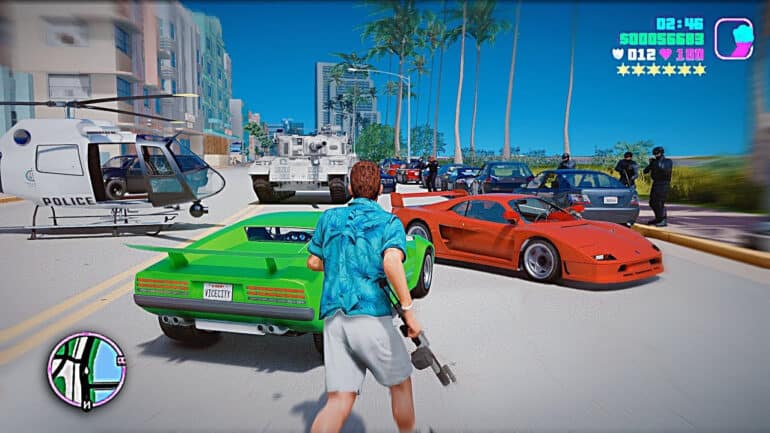 When will we know for sure?

Many expect the game to be announced during E3 2021. In fact, when GTA 6 News & Leaks recently tweeted out a question to the official E3 Twitter account to ask if we could expect a GTA 6 announcement during the show., the reply included a GIF from Lilo & Stitch – showing Stitch having his head patted.

For fans who are desperate to learn any new information about the game’s release date, this was an indication that we could possibly hear something about the next Grand Theft Auto pretty soon.

It must be said that there has been a lot of speculation regarding the new Grand Theft Auto game. There has even been talk about the game’s main protagonist being a female character this time around.

Of course, this would certainly be a welcomed surprise, especially since there are many who have suggested that the title is prone to sexism, toxic masculinity, objectification and lack of inclusion. Having a female lead would go a long way to fixing these issues.

Regardless of whether any of these rumours are true or not, one thing is for sure: GTA 6 is possibly one of the most anticipated games of this generation. Don’t be surprised if Rockstar Games takes its sweet time to ensure that the game turns out to be exactly what fans are craving.