Rumour: Guardians Of The Galaxy 2 Will Feature… 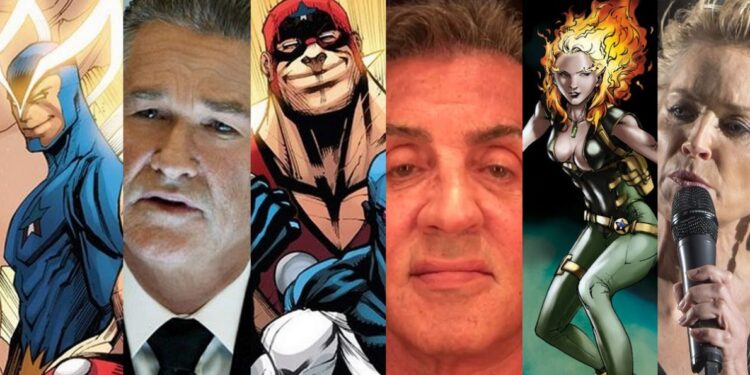 Redditor SuperCoenBros has an interesting theory regarding the casting of Sylvester Stallone, Sharon Stone, and Kurt Russell in Guardians Of The Galaxy 2. Could the ’80s actors be playing the original 1969 version of The Guardians of the Galaxy? When you think about it, the idea seems very plausible. The evidence:

1. Sharon Stone recently announced that the character she’ll be playing will have the power to control heat.

3. Stallone was already seen wearing a Judge Dredd type helmet. This fits the look of Charlie-27.

4. There have been many rumours that Kurt Russell might be playing Starhawk, father to Star-Lord.

5. Martinex would have to be a CGI. (But who would play Vance Astro? Could he be CGI too?)

6. Back To The Future’s Christopher Lloyd has a small role. Vance Astro maybe? If this is right, it seems quite plausible that Kurt Russel would play Stakar, AKA Starhawk, another OG GOTG. Why? He’s the son of Kismet/Ayesha, who is believed to be the main villain of Vol. 2, played by Elizabeth Debicki. If Starhawk is his dad and Kismet is his grandma, it would make Vol. 2 a real family affair for Peter Quill.

What are your thoughts on this Guardians of The Galaxy 2 fan theory/rumour? Could it be true? Wouldn’t it be awesome?