Why Rummikub Is A Global Sensation And Everyone’s Favourite

byStaff Writer
in Board Games 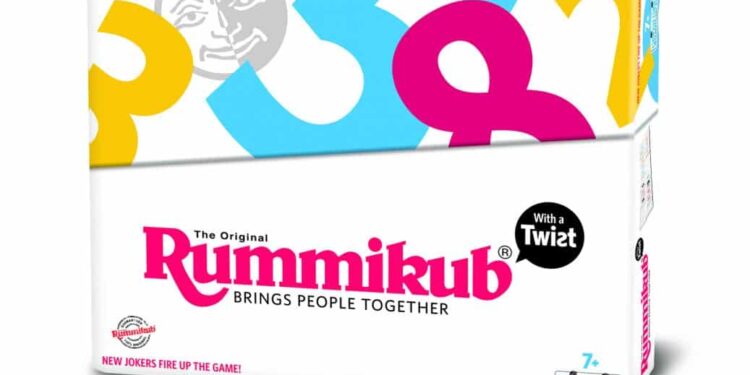 If classic board games were rappers, Monopoly would be 2pac and Rummikub would be Notorious B.I.G. Both popular, both fun and both “gangsta” for completely different reasons.

Late last year I read a very peculiar headline while browsing the net, “Turkish couple to divorce over Rummikub crisis after 23 years.” Apparently, a couple who were happily married for 23 years decided to call it quits after the husband accused the wife of being addicted to the tile-based game. And while it’s completely absurd, of course, the point I’m trying to make is that it proves just how much the world loves the popular Rummikub (pronounced “rummy-cube”). Generally, games involving math and numbers can be totally ho-hum. However, Rummikub, a game that incorporates elements of Chess, Dominoes, Rummy, and Mah-Jong, sells 3 million units a year globally in 54 countries worldwide – and not just to old age homes. Rummikub is actually considered a really fun family tabletop that’s had an avid following since its invention by Ephraim Hertzano in the ’70s.

For those who haven’t played numbers strategy game before, it’s a rummy-style card game, except with tiles. The goal is simple; clear all the tiles from your rack. You do this by combining at least three tiles into runs (like 1,2,3) or sets. Basically, three or more of the same number. Just like Rummy, in Rummikub, if you’re unable to place any tiles on the table, you must add a new one to your rack. The first player to clear their entire rack and shouts “Rummikub” (although, I’m not sure this is completely necessary) wins the game.

As a four-player game, it’s meant to bring friends and family together on game night, the exception being the Turkish family mentioned above. Like Monopoly, outwitting your opponents with cool strategy and sharp moves wins you the game. Also like Monopoly, there is an element of luck involved. These days it isn’t hard to find family games that are fun and challenging for both kids and adults. That said, there is something classic and cool about Rummikub. In an age where video games are all the rage, perhaps sitting down with the family and actually enjoying a more intermite gaming experience is necessary. And if the original game isn’t for you, you’ll be happy to know there are a range of Rummikub products for all ages, like Rummikub Turbo and Rummikub With A Twist.

Yes, Rummikub is a lot like Notorious B.I.G. – both known for their loose, intense, and easy but complex flow.

Prima Toys is the sole importer and supplier of a wide range of Rummikub products in South Africa.