With the IRL Rugby World Cup 2015 in full swing, and in a brief period of respite before the next round of knockout fixtures, it makes for a perfect time to review the video game tie-in. Rugby World Cup 2015 was launched just before the start of the tournament, mostly based on the Rugby 15 game launched late last year. Last year’s game turned out to be a bit of a wet sock despite the moderate hype before the game’s launch. Naturally, it isn’t much to expect a slight improvement by developers, HB Studios, but will the game match the huge anticipation and excitement produced by the actual event? 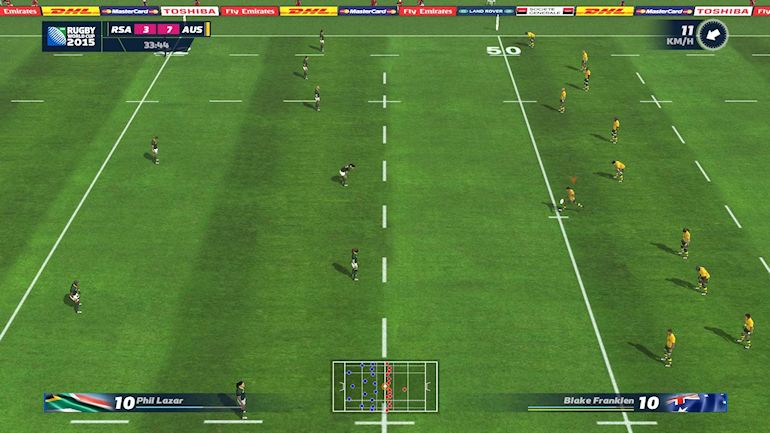 Before I get into the nitty-gritty of the gameplay and all it entails, we start off the basics in the form of the storyline and graphics. I use the term storyline loosely here, as it’s simply a matter of select your favoured team, and taking them through each game to reach, and win, the World Cup. The prospect seems exciting enough as you work your way through the GUI before starting your first game. And it all seems pretty standard, at least before getting into the technicalities in the options menu. But that’s where all the excitement is lost. Immediately after starting the first game, the graphics look lacklustre, especially in this day and age. I’ve seen a lot better efforts from single Indie Game developers, as opposed to the development team behind this game. 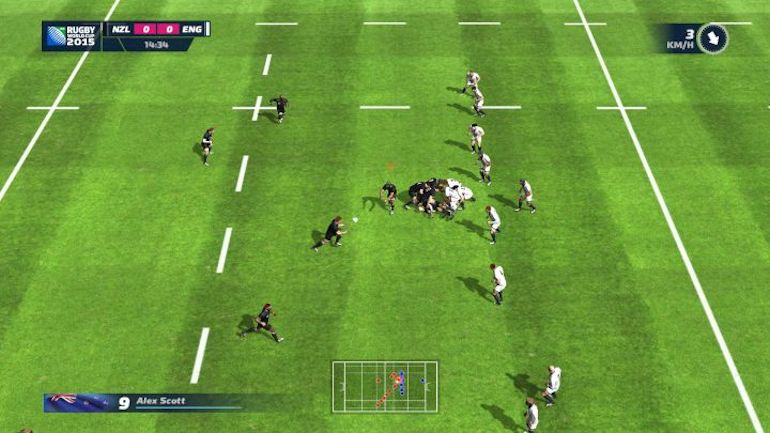 Based on previous experiences with rugby games, and understanding the rules and dynamics of rugby before playing the video game, I already knew that any title bearing “rugby” in its title already has a huge assignment ahead of it. As always, there are two sides sports games, that of the player in control of the ball (or other objects associated with those sports), and that of the AI. Both of which present challenges on their own.

We start off with the controlled player. From the start you’re left with an empty shell of some generic framework for each individual. Rugby players have a wide range of dynamics from low weight and speed, against brawn and inelegance, say. Then there are other factors such as the height, capabilities, handling skills, and the likes that make up a team. But, as you pass through the full line-up of your 15 players in your starting squad, there’s almost no distinction besides the colour of the pixels for their skin. This already had the feel of what FIFA used to be way back in the mid-90s. Moving onto even more complicated matters, we have parts of the game such as the ruck, maul, line-out, and scrums. All of this is driven by a question of speed on the controls, and nothing to do with any dynamics such as player grounding (ruck), players involved (maul), accuracy (line-out) and pack weight (scrum). Turnovers in rucks, for example, are simply a question of hitting the right button and angle at the right time. I thought that by moving up through the difficulty levels would even this out, but it only required that you act a slight bit faster during each breakdown, which adds value to the case I’m making. Players also have a stamina gauge, which does slow down a player for a few seconds, but still doesn’t not prevent him running the full length of the field if needed to. The only slightly positive in the game was the field and penalty kicking. While easy to perform, slight variations in activation means a totally failed kick. This is quite harsh, but at least it means that there is some type of difficulty to be had in this game, making penalty kicks from the corner just as tricky as it is in real life. 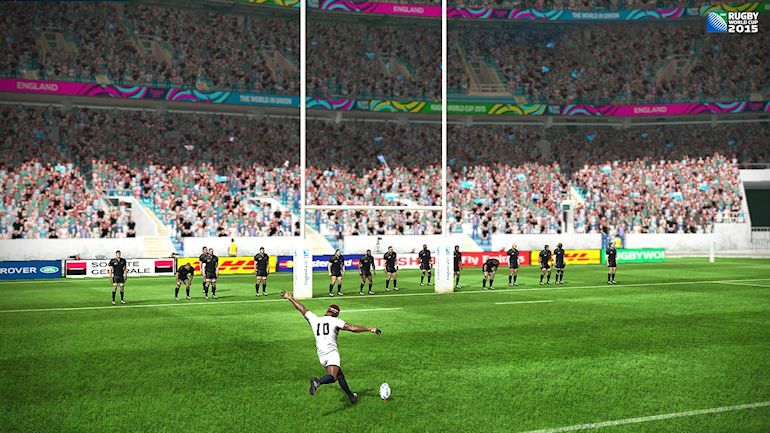 Moving onto the AI, and it’s just more frustration. Both attacking and defending teams line up across the field in a predetermined fashion, with no sense of the game that’s taking place. This often leaves huge gaps to run into whenever you change things up with an inside pass (which may be the point, but is too obvious to continually achieve at every carry). Often, running straight into the opposition tackler seemed a given, as the button press and animation don’t match up. This means that if you were to select the pass button as you run into the tackler, although it would show the player being tackled, the ball would still, often miraculously, pop out as an elegant pass to the next player in line. To make things easy, you can do this from wing to wing, moving forward without fail with every pass. While there are certain elements that mimic real-life rugby, such as the fullback staying behind the first line of defence, the player is often smack in the middle of the field, and if you were to kick behind or break through a line in defence at either end, the fullback will always have to move into position, often missing the tackle altogether, or not collecting the ball if it were lose. And even if he were to collect or tackle, a quick button selection would mean that there’ll almost always be a turnover at the ruck. 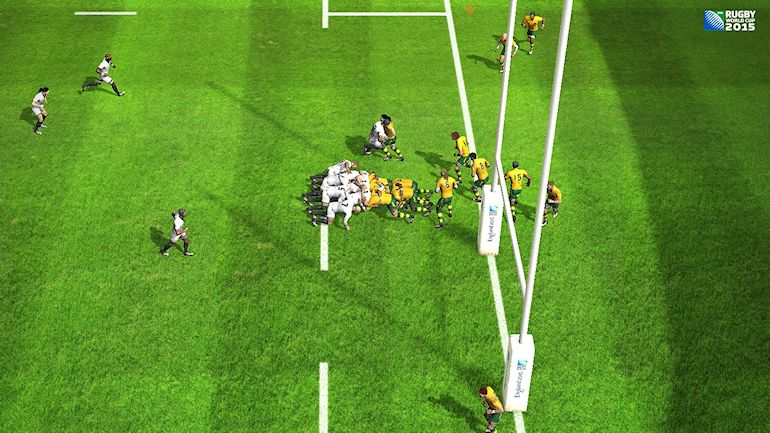 I could spend a few thousand words describing the missing dynamics from the game, but that wouldn’t change the fact of the point already made that the game doesn’t live up to any preconceptions anyone may have for any video game released. Some part of me wanted it to be half decent, worth playing at least for a few hours, while the other part simply understood the arduous task that lie ahead, even before a ball was kicked in anger on the (video) game field.

It would have gone a long way to have a few more than the three available stadiums, actual player names, or additional cut-scenes and intros to games such as anthems. At least that way HB Studios would do the basics right, knowing that the gameplay is a near-impossible feat to get right, even in the 21st century of gaming development for sports titles. There are no close-ups of player faces, nothing at all throughout the game. Just a quick scroll through as they line up for what’s supposed to be the anthems. No post-match victory laps, or even lifting the trophy. All you’re expected to do is click next on the main menu, play the game, win (most likely), and move onto the next prompt.

Not having played the previous game, nor do I feel the need to, I can’t comment on any improvements made between the 10 months of the individual release dates, but if Rugby World Cup 2015 is supposed to be an improvement over the Rugby 15, then there’s really no need to compare at all.