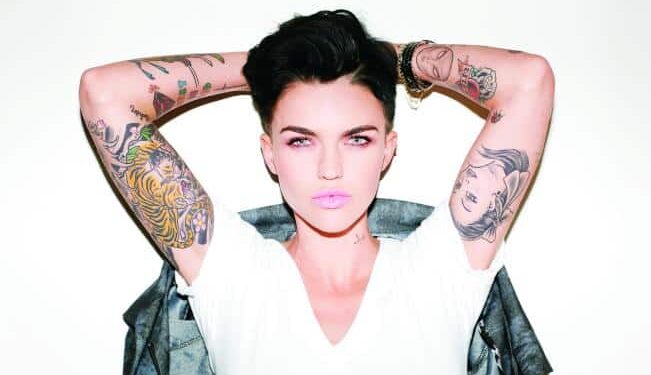 Actress Ruby Rose is suiting up to play Batwoman. The character will make her first appearance as part of The CW’s annual Arrowverse crossover event in December. Rose is also set to reprise the role in a new standalone Batwoman series currently in development by The CW.

Rose issued a statement on Instagram soon after the news broke: “The Bat is out of the bag and I am beyond thrilled and honoured. I’m also an emotional wreck because this is a childhood dream. This is something I would have died to have seen on TV when I was a young member of the LGBT community who never felt represented on TV and felt alone and different.”

While the project is still in the script stage, with a star of Rose’s calibre playing the lead and CW’s superhero creator Greg Berlanti behind it, the show is likely to go to series. Caroline Dries (formerly of The Vampire Diaries) is set to write the script. She will also serve as executive producer alongside Greg Berlanti, Sarah Schechter and Geoff Johns.

If picked up, Batwoman would follow Kate Kane (Rose) in an origin-type story. The logline from the network reads: “Armed with a passion for social justice and a flair for speaking her mind, Kate Kane soars onto the streets of Gotham as Batwoman, an out lesbian and highly trained street fighter primed to snuff out the failing city’s criminal resurgence. But don’t call her a hero yet. In a city desperate for a saviour, Kate must overcome her own demons before embracing the call to be Gotham’s symbol of hope.”

First Look At Ruby Rose In The Suit

The CW has released the first image of Ruby Rose as Batwoman, as filming for her first appearance as the superhero begins in Vancouver.

In the photo, Rose is seen with red hair, a black mask and bodysuit, with a red bat emblazoned across the front.

The costume was designed by Oscar winner Colleen Atwood, who was also behind the costume creations for Arrow, The Flash and Supergirl.

Batwoman was first introduced into the DC Universe in the 1950’s as a love interest for Batman. However, she was later reintroduced in 2006 as a lesbian of Jewish descent.

Speaking about her casting on The Tonight Show, Rose told Jimmy Fallon: “It’s a game changer. I found out an hour before I did the premiere for The Meg and I was so nervous doing the red carpet, so I basically skipped everybody because I kept spontaneously crying. I feel like the reason I got so emotional is that growing up, watching TV, I never saw someone on TV that I could identify with, let alone a superhero, you know?”

Batwoman is currently in development as a stand-alone series, with Arrowverse mastermind Greg Berlanti taking the helm as showrunner and Caroline Dries (The Vampire Diaries) serving as the scriptwriter.

The show centres on Kate Kane, who, armed with a passion for social justice and flair for speaking her mind, soars onto the streets of Gotham as Batwoman – a highly trained street fighter primed to snuff out the failing city’s criminal resurgence. But don’t call her a hero just yet. In a city desperate for a saviour, Kate must overcome her own demons before embracing the call to be Gotham’s symbol of hope.

Rose’s first appearance as Batwoman will be in the Arrowverse crossover special on December 9th, followed by the premiere of the Batwoman solo series.

Last week CW released the first trailer for their latest entry in the Arrowverse superhero franchise, Batwoman. Although the character was introduced in DC/CW’s mega-crossover Elseworlds event, her own solo show seems to be in trouble. The first look trailer has a whopping 252 000 dislikes versus a mere 66 000 likes on Youtube. That’s an underwhelming response for such an important character.

Beyond that, the comments regarding Batwoman have been rough, to say the least. Many have highlighted the “cringe dialogue” and Australian action star Ruby Rose’s performance as the main issues. Ouch!

The line delivery from the whole cast. I can’t believe Dougray Scott signed up for this shit pic.twitter.com/457lUacrws

Yuck I was optimistic about this but jeese the dialogue is more of this nonsense plus what happened to Bruce choosing her to take the mantle?

Ruby Rose will be the first openly gay superhero to lead a live-action series. Some of the comments on Youtube imply that fans believe that the studio is pushing a “feminist agenda.”

While you can never please everyone, it seems Batwoman might have a number of issues. We can hope that the studio takes some of the feedback into consideration moving forward, however, the chances are that they won’t and the final product will remain the same.