Rocket Raccoon And Groot: Amazing Facts You Might Not Know 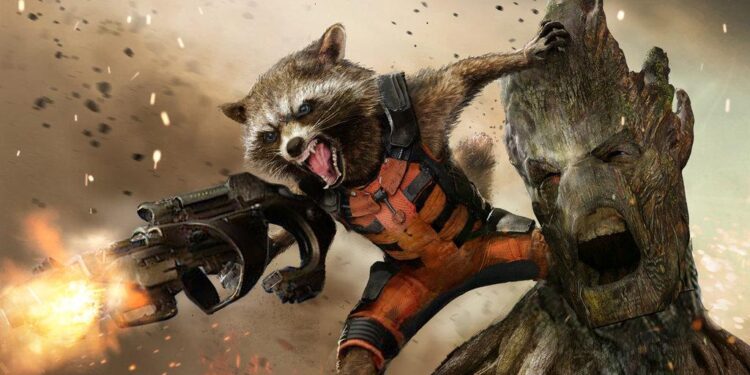 Rocket Raccoon and Groot. What a team.

Let’s be honest, not many of us knew much about the beloved Guardians of the Galaxy characters prior to the film release in 2014. Who knew that a comic that featured a racoon firing rockets and a tree beating up people could be so awesome? These two characters, Rocket Raccoon and Groot, have stolen the hearts of millions around the world.

As we approach the release of Guardians of the Galaxy Vol. 2, we look at ten things you might not know about Rocket Raccoon and Groot. 1. Rocket Raccoon was inspired by the Beatles 1968 smash-hit “Rocky Raccoon”. In his first appearance, he was actually called Rocky and not Rocket.

2. For the first 30 years following his creation, Rocket Raccoon only appeared in a total of 10 comics. How times have changed. The success of James Gunn’s Guardians of the Galaxy has made him a household name. 3. In Groot’s original appearance he was more of a villain than the hero he is today. Groot was an alien with a genius-level intellect that abducted humans for experimentation. Now he is still a genius but for a good cause.

4. In 1997, Groot appeared in Sensational Spiderman #1. He was the creature featured in Peter Parker’s nightmares. 5. Groot is not saying “I am Groot” the entire time. His species suffer from stiff larynxes that make any sentence they say sound like “I am Groot.” In his first comic appearance, he spoke fluently too.

6. Groot loves mammals. His species of super-intelligent sentient trees and saplings considered themselves to be above their mammal counterparts. The only mammals on his planet were squirrel-looking creatures that served the purpose of maintaining the well-being of the planet.

Groot was exiled from his home planet due to the fact that he killed a sapling in order to defend a mammal. Perhaps Rocket reminds him of his old friends.

Rocket was genetically engineered by robots in order to be a caregiver in an asylum. His origin has changed over the years, though. 7. Rocket Raccoon can truly understand what Groot is saying. He is not simply making a conversation based on assumptions. Rocket is one of the few beings able to understand the Flora Colossi.

8. Groot is always willing to sacrifice himself for others. He has done this on numerous occasions in order to save his teammates. Fortunately, he is able to regenerate from a single twig. Rocket always makes sure that he keeps a spring close by in case Groot feels like being a hero. 10. Rocket is able to identify an object without having to make direct contact with it. This is thanks to the whiskers above his claws. He is also able to see well when in the dark. Racoons are nocturnal.

“That dude there. I need his prosthetic leg.”

What other cool Rocket Raccoon and Groot facts are we missing? Let us know in the comments.