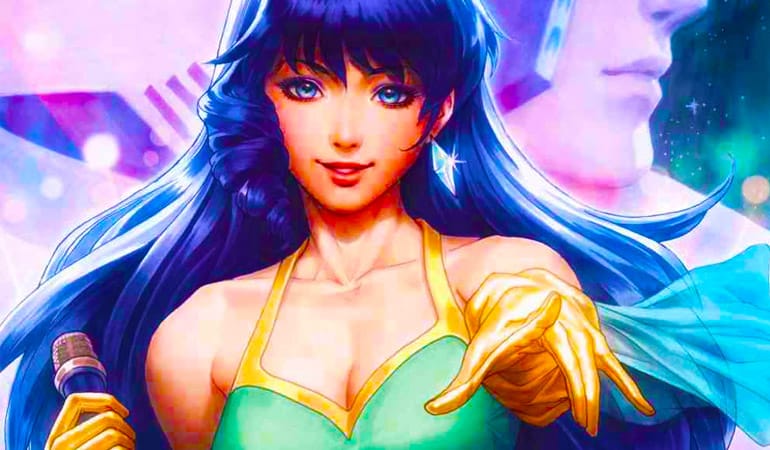 The Robotech comic book series has been doing a solid job so far of adapting one of the most legendary anime series of all time. Now it’s possible for those who missed those early issues to jump on board with this collection of the first four issues. An alien ship which crash-lands on Earth – dubbed the SDF-1 by the human military who seize control of it – leads to an unprecedented advance in technology. Now aware of alien life which may threaten the human race, Earth’s military uses these advances to create a new range of weaponry and Veritech jet fighters to defend the world. When an alien armada invades, seeking to claim the SDF-1 for themselves, it forces an unprepared military to trigger a Space Fold to draw the Zentradi aliens away from Earth… but leads to disastrous consequences for the innocent civilians of nearby Macross City.

Young pilot Rick Hunter’s life is turned upside-down when he’s dragged into a war he never imagined. From defending the life of a local girl, Lynn Minmei, to being trapped within SDF-1, Rick does all he can to survive. Meanwhile, for Earth’s military crew aboard the mighty starship, they find themselves lost in space and facing new challenges… For those unfamiliar with the Robotech series, it’s very likely that you’ll be surprised. Yes, if you’re looking for classic transforming mecha action, it delivers. But there’s more to it than that, and this isn’t exactly kids’ stuff. While on the surface it may resemble the sci-fi action genre, it takes more than an explosive space battle to end this fight. This is a massive saga set during a large-scale war, and the fight scenes are just the trimmings. This series is really about the characters and their relationships, and this first volume lays the foundations for that.

Rick Hunter is presented as the everyman hero, as he should be, although it’s clear that he’s in over his head right from the start. His awkward relationship with Lynn Minmay starts out poorly and sets the tone for things to come. In this adaptation, Minmay is more forceful and independent than in the original anime series, which is good to see. Rick’s “big brother” Roy Fokker and his fiancé Claudia don’t quite get a chance to shine yet, and Lisa Hayes is still more of a background character so it’s hard to say what her role is in all of this (although fans will know it’s significant). However, they’re still represented well at this early stage.

And then there’s General Henry Gloval… 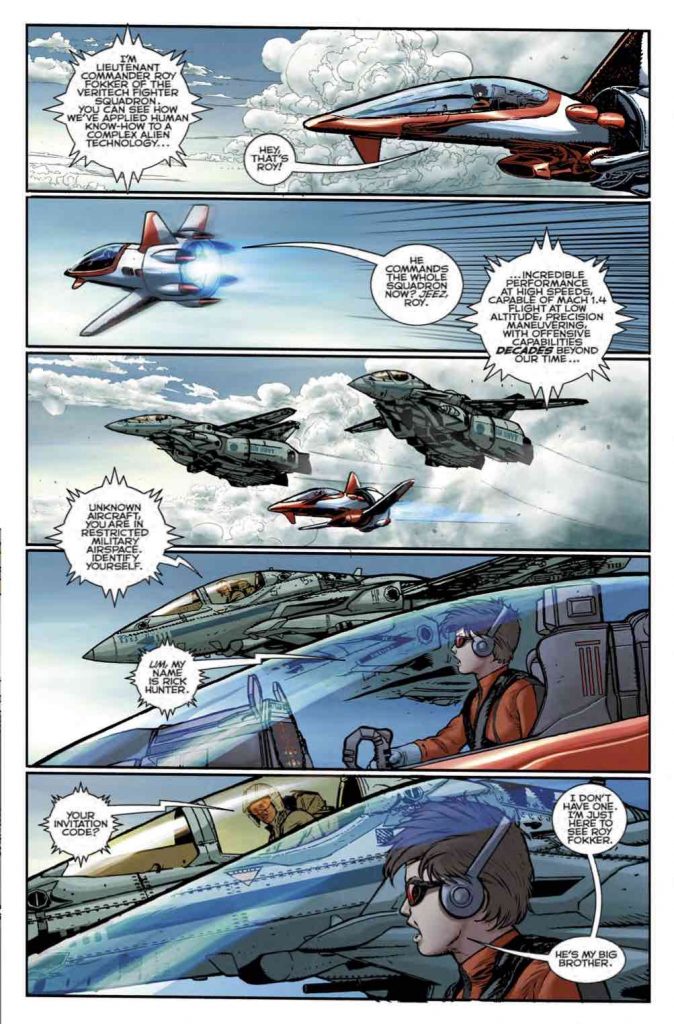 General Gloval has always been the Hannibal Smith of anime. He may not seem to do much but he’s cool under pressure, a great leader, and his demeanour – even in comic book form – lets everyone know that they can take their “no smoking on the bridge” rules and shove them. It’s war and they’ve got bigger problems to deal with.

The writing in this Robotech series (as seen in this volume) has made some tweaks and updates to the original story, yet still covers much of the same ground. It isn’t always on point – the tale of Rick and Minmay being trapped inside the SDF-1 doesn’t quite manage to generate the sense of time and desperation required. However, for the most part, Brian Wood does sterling work building character and excitement. Marco Turini’s art style is different from the anime, adding more of a sense of realism, and it works. The characters are still identifiable, the action flows smoothly, and the ships and Veritech fighters look impressive.

While this volume isn’t perfect, it still does a great job of laying the groundwork for one of the best series in sci-fi history. As I said in a review of one of the individual issues, Robotech fans know that this series is going to be a marathon, not a sprint – so any readers who are just looking for a quick throwaway read may be disappointed. But for those who are willing to dive into this series and stay for the long haul, this is well worth picking up.