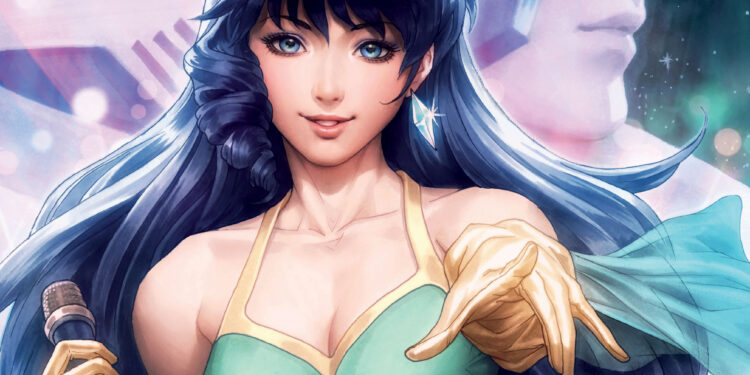 The original series, one of the first anime shows to become a hit in America and around the world, revolved around a Zentradi invasion fleet attacking Earth in a bid to retrieve a piece of alien technology – the SDF-1 starbase. While the sci-fi war setting and giant mecha starfighters were exciting and eye-catching, it was the drama of the characters which made it such compelling viewing. The love triangle which develops between hotshot pilot Rick Hunter, officer Lisa Hayes and pop singer Lynn Minmei became must-see TV, while the mystery of the Zentradi was instantly intriguing.

Now the Robotech story continues, in a tale written by DMZ’s Brian Wood and drawn by Marco Turini, revisiting the classic characters whom fans know and love. Featuring seven variant covers and stunning page art, it’s already looking like it does the original series justice. Robotech #1 goes on sale on July 26th, but here’s a sneak peak of what to expect…