Robotech #2 Review – An Exciting Instalment In The Robotech Saga For many, this is the real start of the Robotech story: the day the SDF-1 leaves orbit, and the day Rick Hunter goes to war. Up until now, everything else has been the buildup and backstory, but these two events change the destinies of every character involved. For the residents of Macross City and the crew of the SDF-1, the miscalculation of the space-fold is about to tie their fates together and results in the long voyage home; For Rick, it’s his first encounter with the Zentradi which leads him to abandon his child-like, carefree (and pacifist) existence and become a soldier. 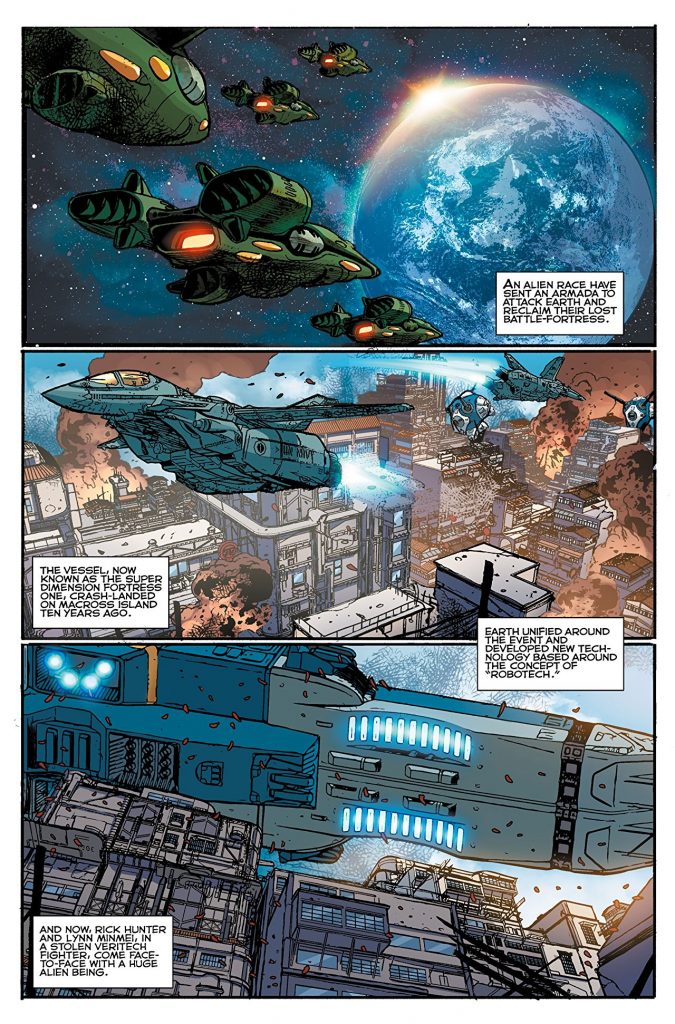 While both of these events play out to some extent in Robotech #2, and as beautiful as this adaptation of the classic show looks, unfortunately only the storytelling of one of these two events is done justice.

SDF-1, the space-travelling fortress which crashed on Earth a decade ago, is under attack from the alien Zentradi. The humans who have taken control of the SDF-1 scramble desperately to leave Earth’s orbit to divert the attack away from the innocent population, yet the space-fold warp system has never been tested properly and to trigger it within Earth’s atmosphere is dangerous. Meanwhile, young pilot Rick Hunter battles a Zentradi warrior as he fights to save both himself and the beautiful Lynn Minmei… 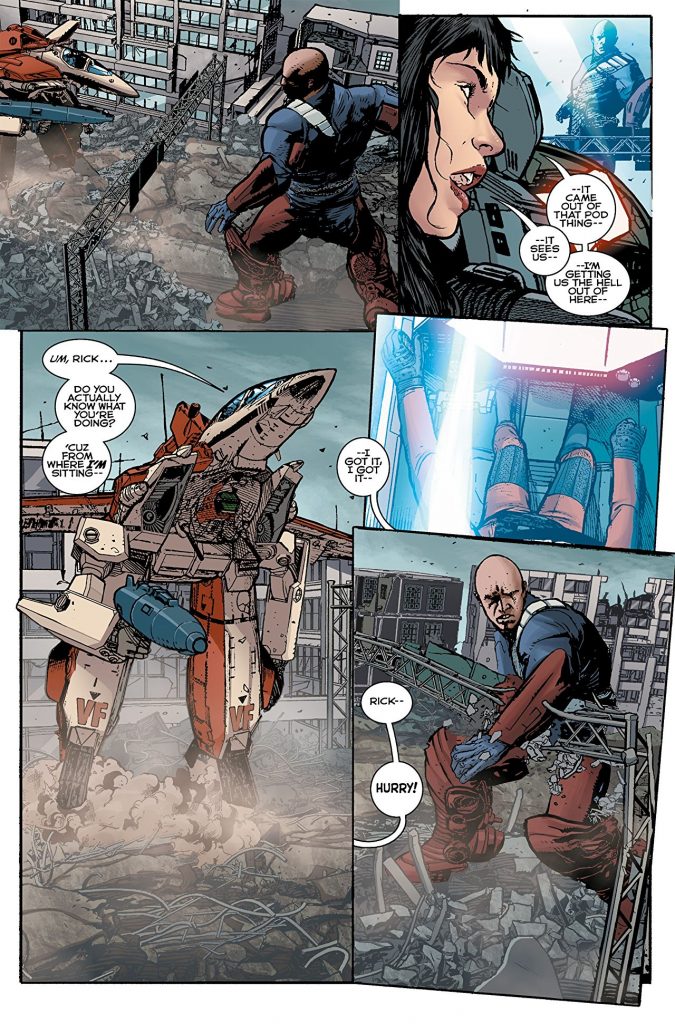 The defence of the SDF-1 plays out as it should, including the amusing moment of Captain Gloval being reminded repeatedly of ho he isn’t allowed to smoke his pipe on the bridge of the ship – which, in a time of war, becomes the last thing anybody should be concerned with. On that side of things, everything works perfectly.

Sadly, the lack of attention paid to Rick and Lynn Minmei in this issue is disappointing. Unlike in the original show, Rick isn’t forced to take a crash course on how his Robotech jet fighter works, and his “big brother” Roy barely makes an appearance to explain the situation to him. Because of that, there’s none of the sudden emotional growth of the central character which will turn him into the man he’ll later become. Nor is there the dramatic rescue of Lynn, which solidified their bond, or any truly awe-inspiring visuals of a Robotech fighter.

Those flaws aside, the story does progress smoothly and it’s still an entertaining read. It may not quite live up to the hype and the expectations of fans, but it’s an exciting instalment in the Robotech saga regardless and should please many readers. 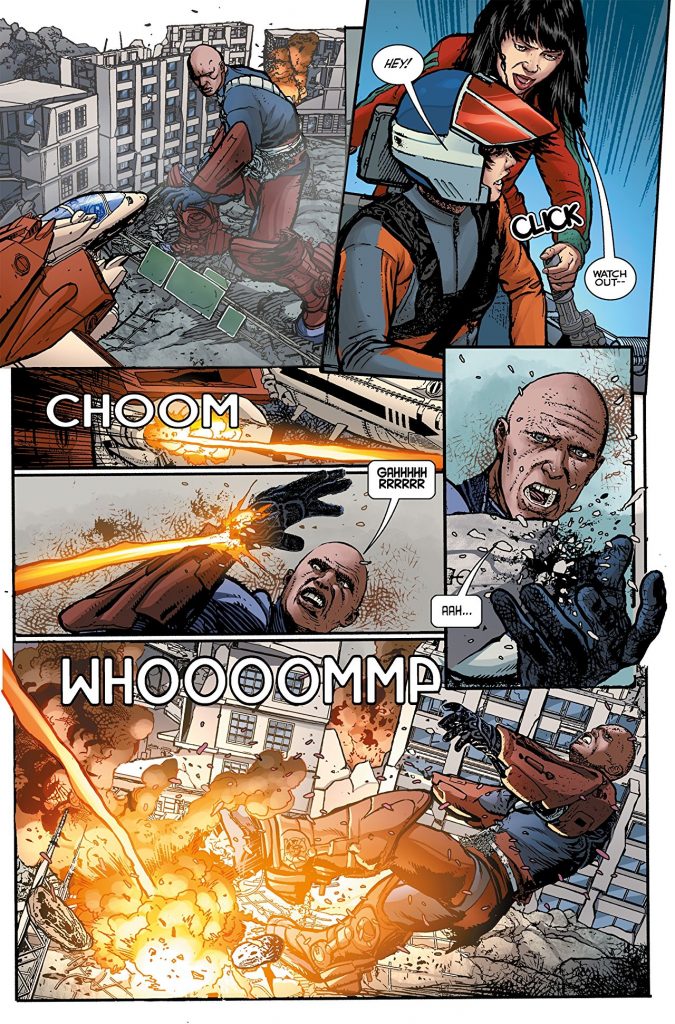