Home > Movies > Watch: Robert Englund Gets Back In The Freddy Krueger Make Up For ‘Nightmares In The Makeup Chair’

Watch: Robert Englund Gets Back In The Freddy Krueger Make Up For ‘Nightmares In The Makeup Chair’

Guess who’s back? Back again! Freddy’s back. Tell a friend! Robert Englund is back in the Freddy Krueger makeup in the new documentary ‘Nightmares In The Makeup Chair’.

Any kid who grew up in the 80s and 90s probably had nightmares about Freddy Krueger showing up in their dreams to kill them. At least that’s what Nightmare on Elm Street lead us to believe.

A new doccie gives us another chance to experience Robert Englund as the nightmarish Freddy. Fans will enter the makeup room and see the entire process as special makeup effects artist Robert Kurtzman transforms the actor into the monster again. It’s all in the name of paying tribute to the legacy of Wes Craven.

“’NIGHTMARES IN THE MAKEUP CHAIR’ is my love letter to the Nightmare on Elm Street series and to practical makeup. I’ve always been in awe of the multi-talented makeup effects artists. From sketching to sculpting, they realize the design. Then to the fine precision of the molding and the manufacturing of the makeup appliances which are nearly paper thin. And then, the application process where I sit in the makeup chair and I become their living canvas as they glue me in and paint the appliances. This documentary not only captures their talent, but I think it might inspire a new generation of practical effects artists. I was happy to become Freddy once again to share the makeup process with the fans”, said Englund.

Find out more about this cool documentary on their website: www.FreddyDoc.com 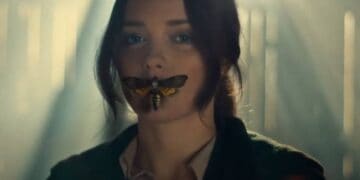