Robert Downey Jr Shouldn’t Get An Oscar For Avengers: Endgame 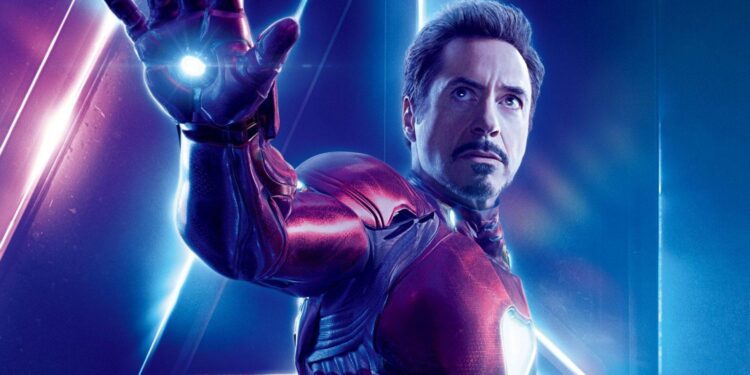 When it comes to comic book movies, the fans are a passionate bunch as they band behind their beloved universes and actors. Lately, there’s been a massive drive from MCU fans for the Academy to nominate Robert Downey Jr’s portrayal as Tony Stark/Iron Man in Avengers: Endgame for an Oscar.

Of course, the record-breaking film marks the final appearance (well, at least for now) of Downey as the billionaire hero and resulted in an emotional farewell for the character. Many fans still get teary-eyed when they think of his last line, as well as the “I love you 3000” phrase between Stark and his daughter, Morgan.

Truth be told, Downey put in a good performance as Stark. And much like all the other films beforehand, he solidified that Stark and Iron Man will be synonymous with him for years to come.

Was it a career-defining performance like, say, 1992’s Chaplin, which earned him an Oscar nomination? Absolutely not. In fact, it wasn’t even his best performance in the MCU—which still remains 2008’s Iron Man.

While there’s certainly an emotional aspect to Downey’s performance in Avengers: Endgame due to his character’s death, an Oscar nomination shouldn’t be about sympathy or fan service. And honestly, that’s exactly what this situation screams of.

Already as is, the Academy Awards receive major flak for failing to reward the right films and actors. Too often, performances are ignored because the movies aren’t exactly deemed Oscar material.

Comic book movies aren’t exactly suffering there, though, especially considering the successes of Black Panther and Spider-Man: Into the Spider-Verse at this year’s ceremony. These films are in vogue and the Academy has finally decided to embrace the genre rather than treat it as an anomaly.

That’s all good and dandy, and you’ll probably find that Avengers: Endgame will receive a few nominations in various categories, but a Best Actor gong for Downey? Does he really deserve one over Hugh Jackman or Patrick Stewart for their outstanding work in Logan?

You see, it’s a slippery slope here. While fans would love to see their favourites being recognised on the biggest stage of them all, it’s also important to put things into context. Just because a film is now the highest-grossing movie of all time doesn’t mean it’s the best in terms of overall quality (remember Avatar?). At the same time, just because an actor ended a long run as a character in a franchise doesn’t mean he deserves an Oscar.

By all means, cherish Downey’s performances as Iron Man and his swansong in Avengers: Endgame. But don’t confuse that with something else.

Avengers: Endgame Oscars: Does It Deserve An Award For Best Picture?

The headline probably made you burst out laughing. Preposterous! An unthinkable reality, some might say. Avengers: Endgame and Robert Downey Jr Oscars? Never!

Many die-hard comic book film fans will be the first to disown their favourite films once talk of best picture gets thrown around. Lovers of science-fiction and fantasy are conditioned to accept the scraps from the Oscar table. Indoctrinated to believe fantasy and popular films have no place at ‘said’ table.

When it comes to the Oscars and other higher echelon awards ceremonies our beloved comic book movies are locked away in the dungeon, relegated to technical award nominations, excluded from the more prestigious categories of Best Picture, Best Director, etc.

Like a disturbance in the ‘force’, occasionally the Academy is compelled to acknowledge science-fiction and fantasy with best film or best supporting actor nominations.

At times an actor or film will be so culturally relevant that they force the Oscars to concede and award a win, as with Heath Ledger’s posthumous best-supporting actor Oscar for his Joker portrayal in the Dark Knight or Black Panther’s nomination for best picture and recently Joaquin Phoenix’s win for best actor in Joker.

These blips are few and far between, with the status quo barring high fantasy and science-fiction from these categories usually firmly in place.

The only time fantasy really shone at the Oscars was in 2004 when The Lord of the Rings: The Return of the King won big with 11 awards including the coveted best picture and best director categories.

Against all odds, fantasy managed to break through the barriers and go onto receive recognition and respect on equal terms with other genres. The film’s literary source, authored by the iconic J.R.R. Tolkien, is a revered series of books. This helped the films seem more respectable and eased the voters’ final decision to award it best picture perhaps. Nevertheless, the trilogy is fantasy and the Academy never gave high praise to anything in the genre to any great extent before then.

This brings us back to Avengers: Endgame and the incredible snub it received from the Academy.

Like The Lord of the Rings, Endgame was a commercial and critical hit which deserved to be recognised at the highest level. It wasn’t even nominated despite Marvel entering the film for contention. The superhero crossover received a technical nomination for Best Visual Effects, but Endgame couldn’t even win that.

The award went to Sam Mendes’s war drama 1917. Giving Avengers: Endgame the unfortunate label of the highest-grossing film of all time without any Oscars.

Whether the film should have been nominated or won is quite irrelevant. The Academy and voters often cause controversy by awarding best picture nominations based more on external factors like popularity, politics, etc. The Return of the King won 11 Oscars not because they suddenly fell in love with fantasy but because the Academy failed to acknowledge the previous two films, The Fellowship of the Ring and The Two Towers. Thus the pressure to validate and acknowledge the tremendous success of The Lord of the Rings trilogy and the amazing artistic and technical achievements of those films forced the Academy to concede and give in to external pressure, with lobbying by studios behind the scenes as well.

Comic book films are so immensely popular right now that they dominate the cinematic landscape. Their incredible success attracts detractors with many film industry players despising the genre.

Take veteran filmmaker Martin Scorsese who said last year, “Marvel films are not cinema.” We can assume his opinion is shared by other insiders, especially by intolerant cinephiles within the Academy’s voting constituency who gate-keep which films get recognised. Perhaps because of Marvel’s unparallel success, the voters are even less inclined to award Marvel top tier nominations.

The Lord of the Rings, was not part of a massive fantasy machine like the MCU, dominating the box-office year in and year out. Perhaps, for this reason, the industry could concede, honouring The Lord of The Rings with 11 awards so it would all go away. Not so with Marvel and DC spawned superhero films. Awarding them would only cause more comic book monstrosities to be created and worse, it would validate films of ‘less’ artistic value.

Giving the Best Actor award to Joaquin Phoenix for Joker might seem like a triumph for comic book films, and in a sense that’s true, but it’s a rare exception that will not be repeated so easily.

Superhero films will probably never get the same recognition as war dramas like 1917 or socially conscious foreign films like Parasite but in not recognising Kevin Feige and his co-workers within the MCU the Academy made a huge mistake.

Avengers: Endgame was the perfect opportunity to celebrate and commemorate an achievement the entire industry should be proud of.